CSS clip-path attribute is the star of the show either in CSS, via SVG or a mix of the two of them, it will clip the image and hide portions outside the clipping region without changing the image file. To give you a clue what you can do with this CSS property, here are some useful tutorials, examples and tools for working with css clip path.

Simply the way it works is to provide a series of X and Y values to create a path. These values, when used to create a full path, clip the image inside to the dimensions of the path. We can create many different shapes from circles, ellipsis, polygons. Creativity is the only limit. 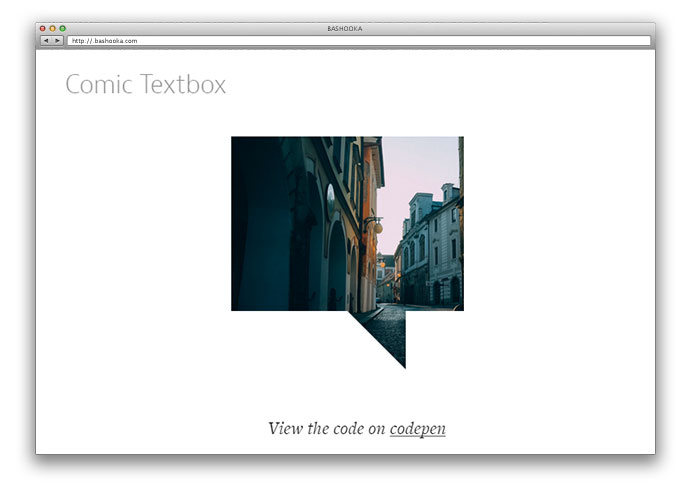 While the focus of this article is on clip-path using polygons with CSS, all of the demos provide a reference to an inline SVG, in order to gain additional support on Firefox. Generating a responsive SVG clipped shape is trivial once you have created a responsive shape with CSS’ clip-path. 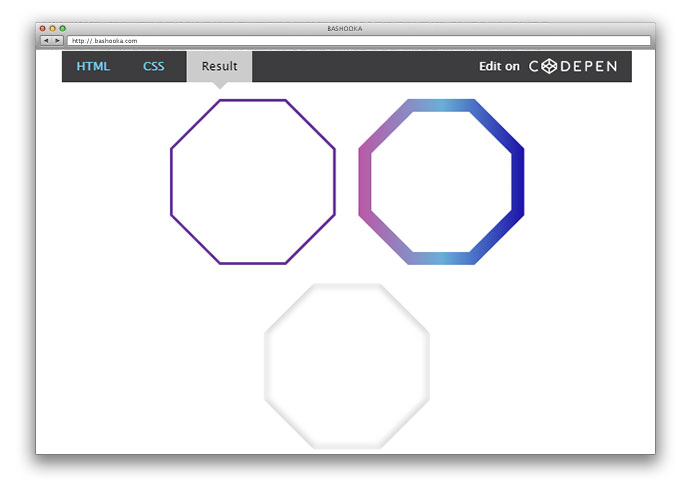 CSS blend modes, clipping paths and filters make a number of effects that were previously available only in PhotoShop possible on the web. One possibility that combines these CSS properties is overlaying images, for before-and-after comparisons or to achieve other visual effects. 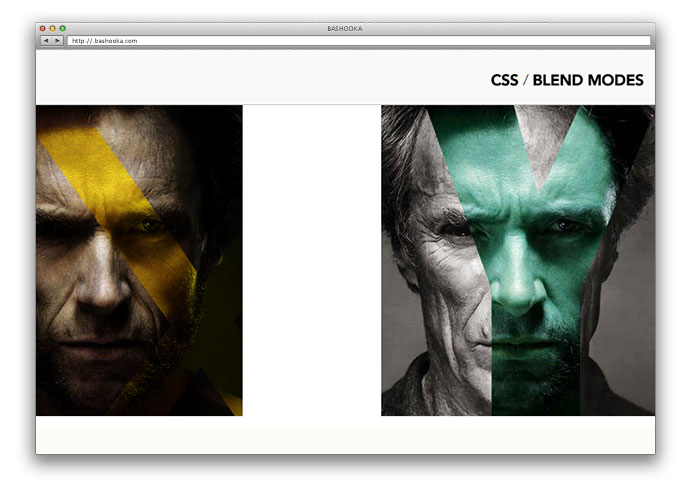 Incase you’re unfamiliar with it, a clipping mask is a path or object that masks other paths. Paths or groups that are clipped by a mask will have a display-area masked by the shape and position of their clipping parent. 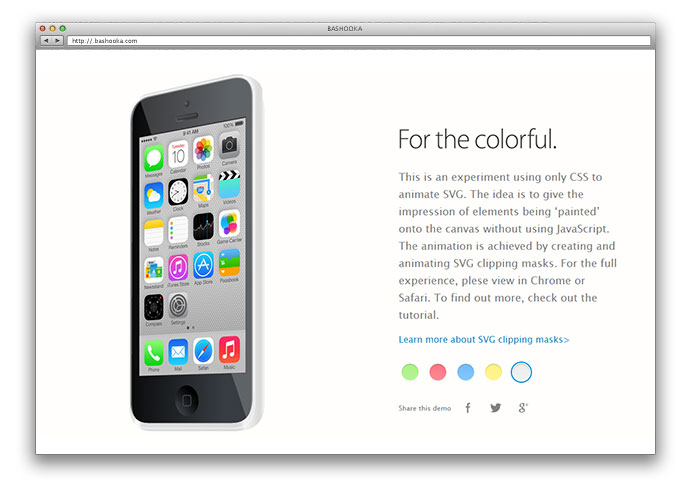 Clipping in CSS and SVG

CSS and SVG have a lot in common. A lot of the features that we have in CSS today were imported from SVG. One of these features is the Clipping operation. Both CSS and SVG allow us to “clip” elements into custom non-rectangular shapes. In this article we will go over the clipping techniques in both CSS and SVG, covering everything you need to know to get started. 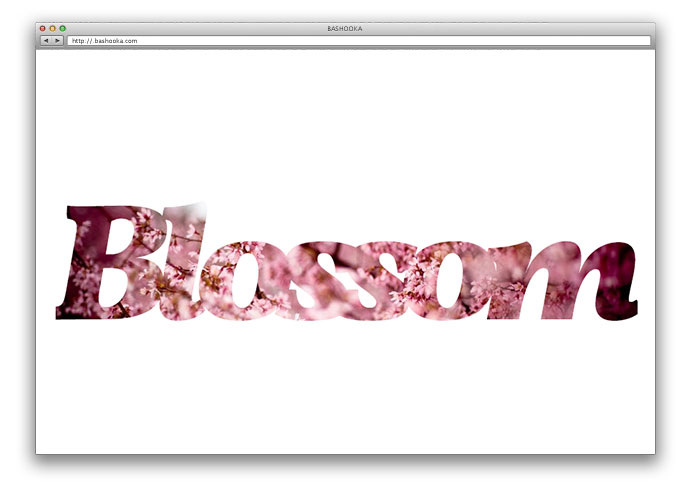 Rectangles inside other rectangles: this is what our webpages have always been made of. We’ve long tried to break free from their restrictions by using CSS to create geometric shapes, but those shapes have never affected the content inside the shaped element, or how the element is seen by other elements on the page. 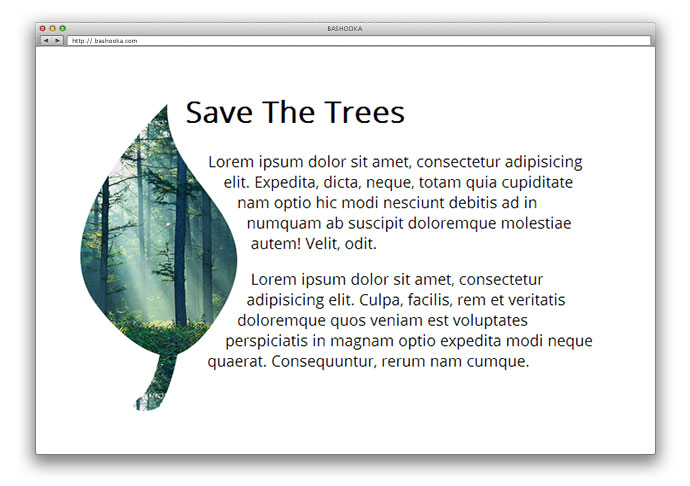 Why you should be excited about CSS shapes

Before CSS shapes came along, we were more or less locked into standard layouts of rectangular columns. We had to explain to designers who came from print design that no, we can’t make the text flow around your beautifully cropped image of Beyoncé. 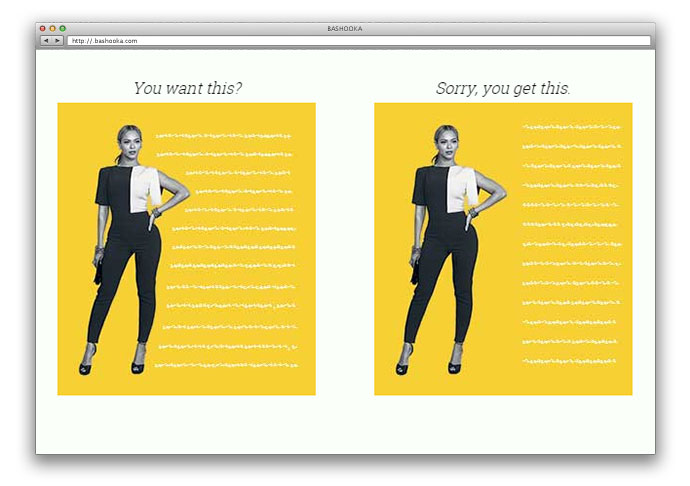 One of the strengths of SVG is the ability to easily reuse graphics and transform each instance in a different way. 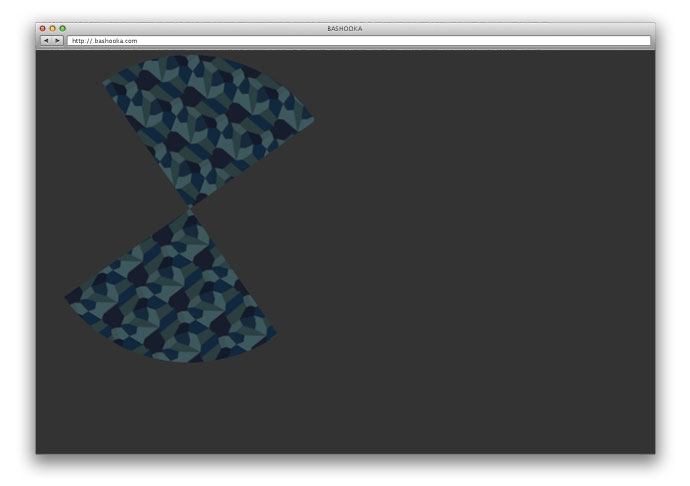 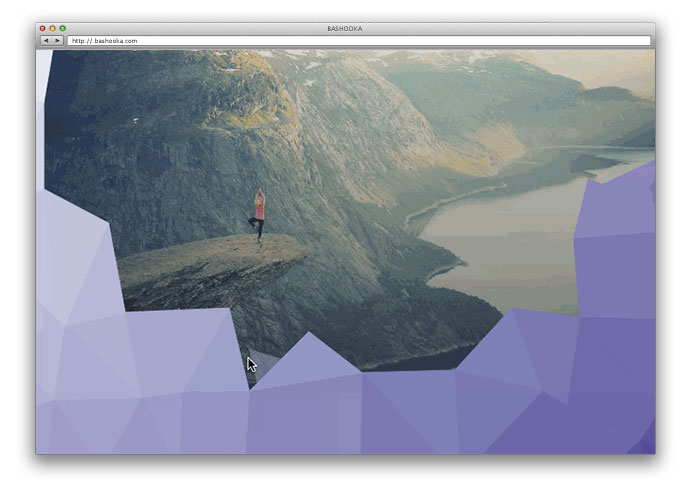 Using CSS3 3D transforms, we can make each rhombus rotate in. We could start off with the second layer of rhombus’ rotated backwards so the image is upside down. Then, when you hover on the image, they rotate back in to zero degrees. 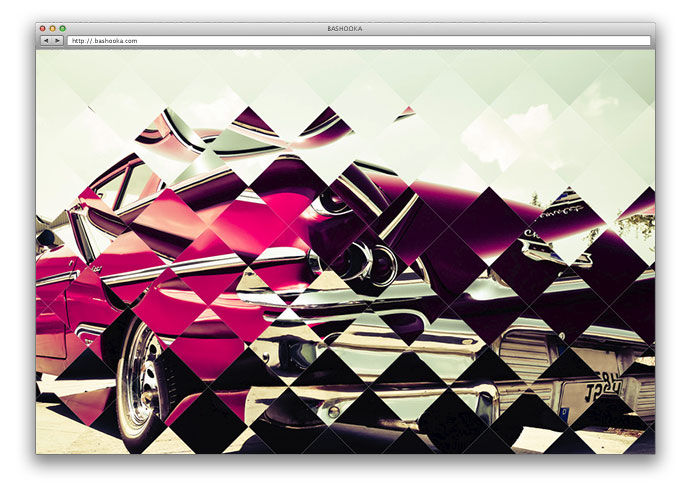 Basic shape masking with no SVG markup. Single element. One line of CSS. Chrome only. 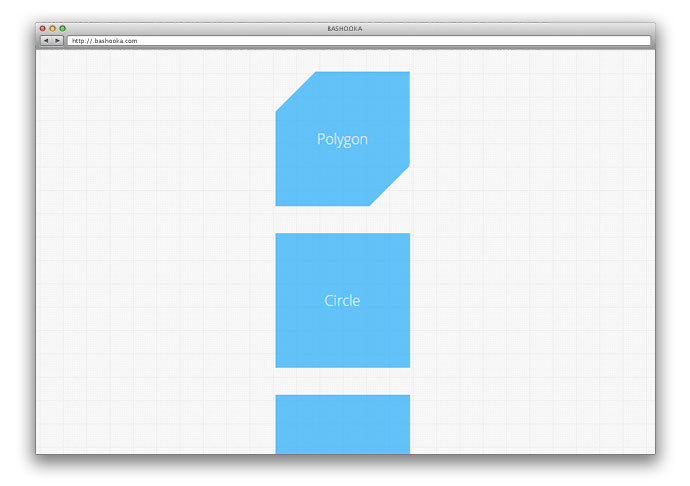 This method uses an inside and outside element, the background of the outside one being the border. 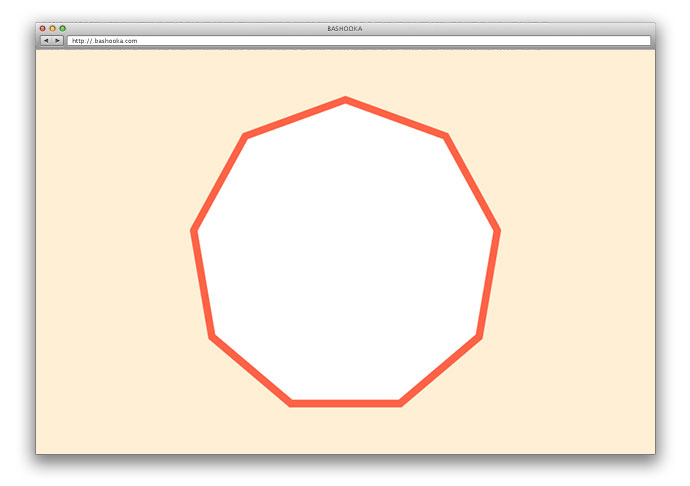 Example of animating a CSS mask using ‘clip-path’ from HTML5Rocks. 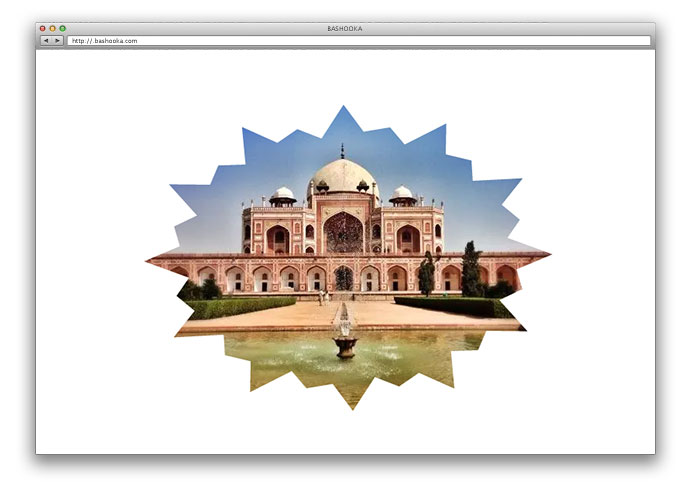 For a smooth transition between two clipping paths on hover, the number of polygon points must be the same for both paths. 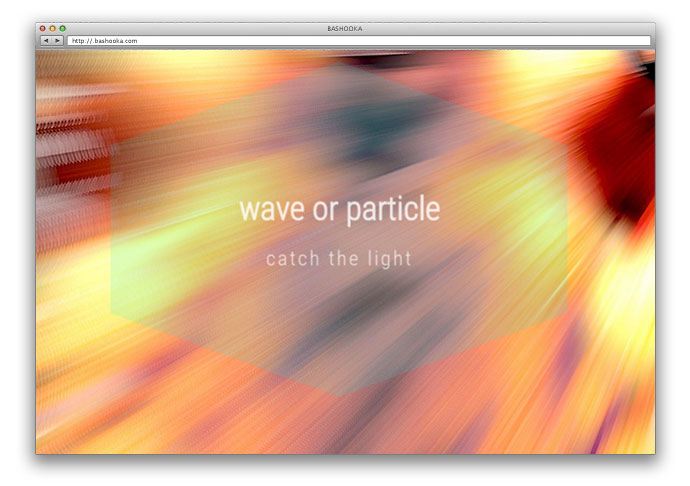 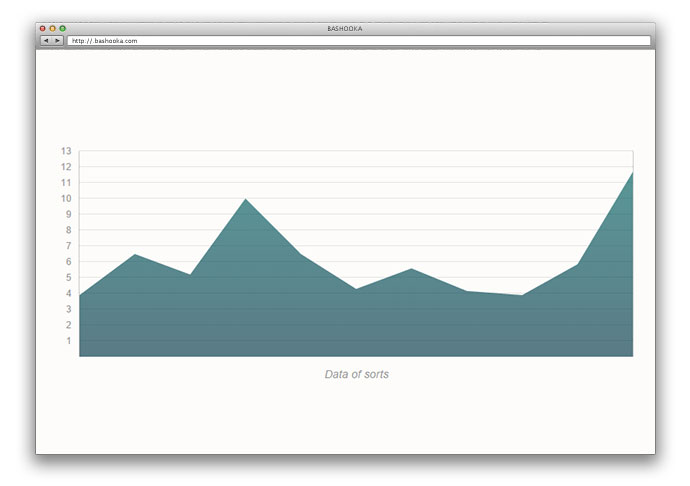 Clippy is a tool for generating values for shape functions for the new and cool CSS clip-path property. 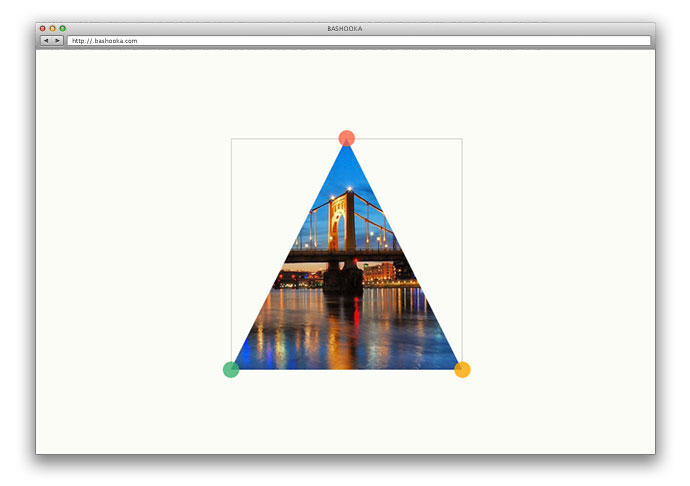 The extension adds a new sidebar to the Elements panel, called Shapes. This sidebar lists the computed style of shape and clip-path properties for the selected element. Click the “pointer” icon next to a property value to edit an existing path, or click the “plus” icon to create a new one. 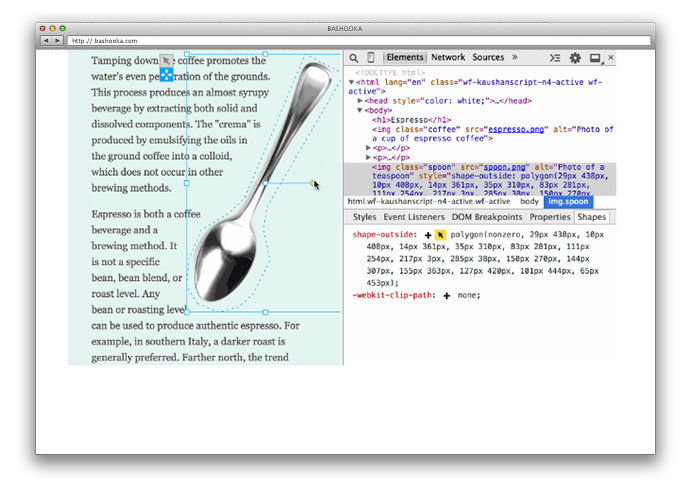 Clip Path (Mask) CSS code generator is very useful tool you can use to create CSS masking on your page. You can create any CSS clip path code just with your mouse without any coding. 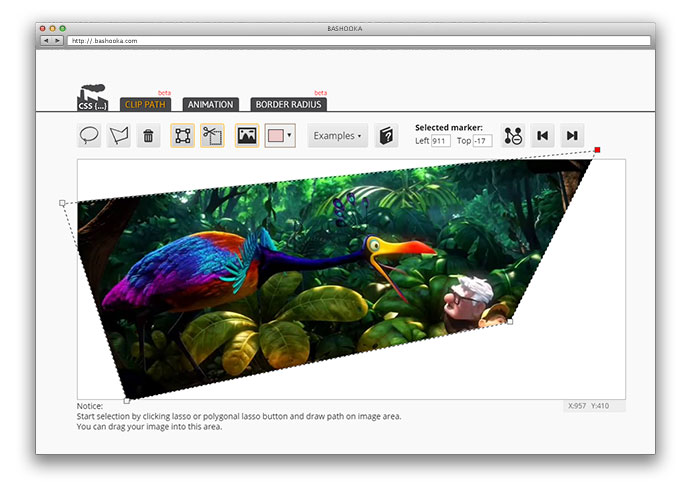