These Android UI Kits contain the most commonly embedded elements of the applications and it was created to help to you while developing a design for your android based applications.

This UI Kit was of great help to me while developing design for numerous applications. This kit is also irreplaceable for adaptation of iPhone-design for Android. In the process of creation of the kit I was guided by the following principle: Android has its own character and style! Android applications do not have to look like a low-quality forgery of iPhone apps. Instead, they should possess their own recognizable style and they should be familiar and convenient for Android users! 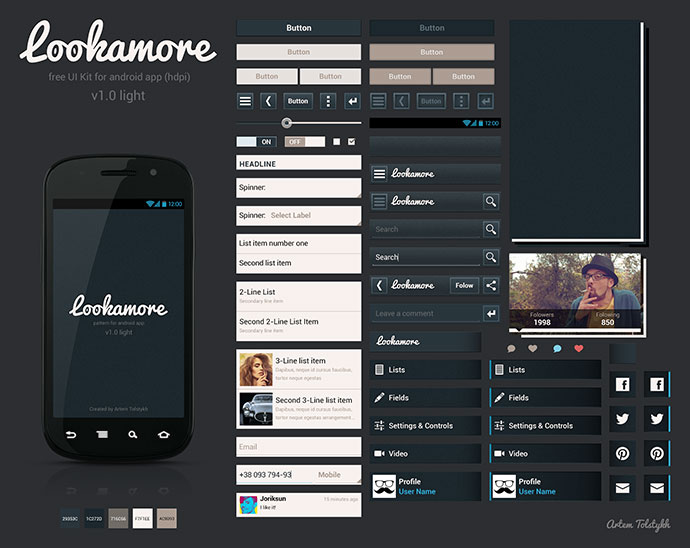 Awesome and very complete GUI thought for Android developers working in the most recent version coming with the Google Nexus phone, an outstanding phone with an outstanding OS. This GUI contains more than 1000 elements in layers ordered methodically to be easy to find; fully editable and adjustable to any screen size and resolution. The ideal set to boost up all your Android projects. 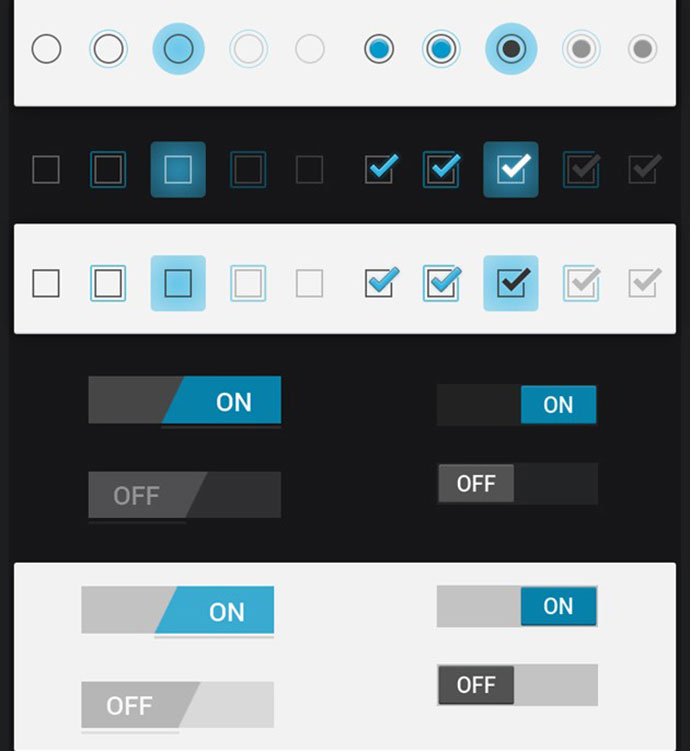 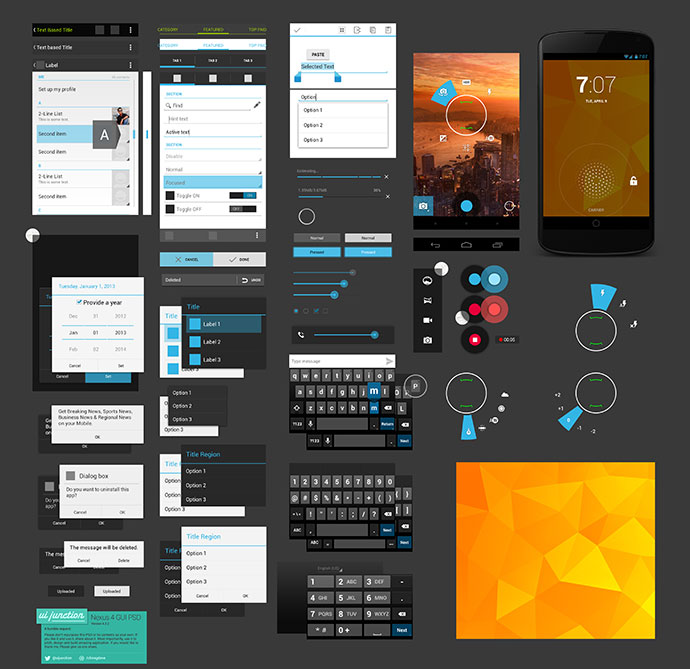 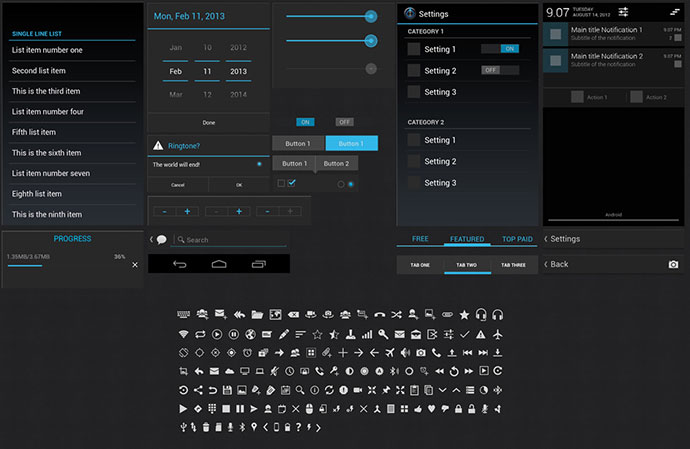 Android UI Design Kit for Photoshop 4.4, which is a Nexus 5 version, This time it only comes with Photoshop version though, I am still working on the GIMP version, mainly on replacing the text layers. 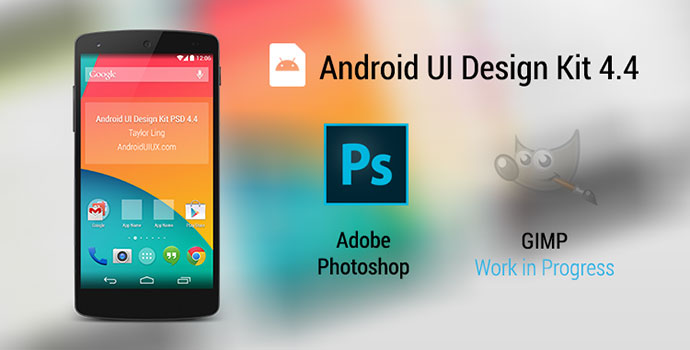 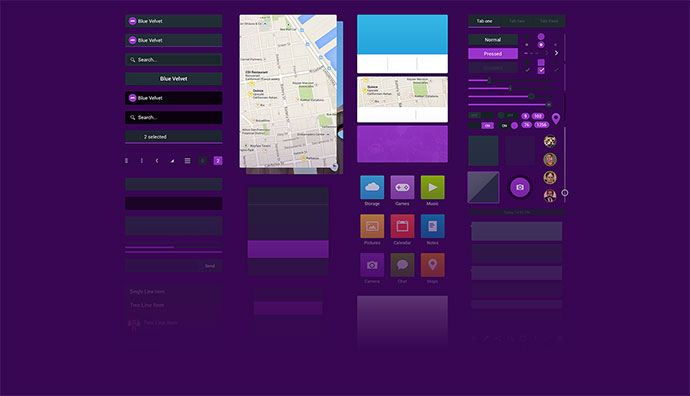 A freebie PSD with UI elements from Android 4.0’s UI. Everything is vector + layer styles, so you can resize/alter as much as you’d like. 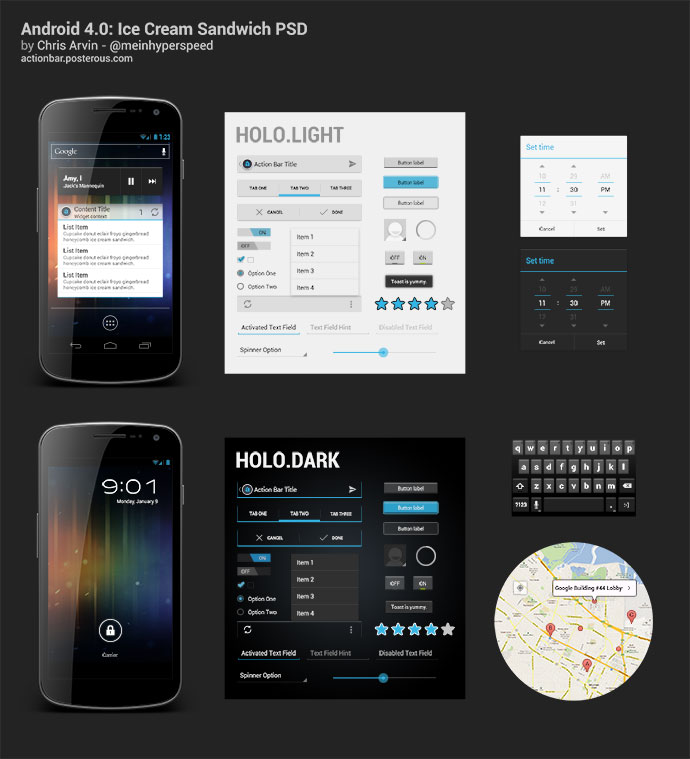