Photo manipulations are a way to let your imagination run wild and create realistic compositions from a mixtures of sources. In your head you imagine clever image fixes, fanciful photo manipulations, and artworks of startling genius. But when it comes to bringing these visions to life on your computer—well, that’s the hard part. So in this post i present you some greatest photo manipulation tutorials that will help you turning your wild imagination into reality.

In creating this type of artwork, you will use a mixture of gradients, lens flares and adjustment layers in a subtle but effective way, enhancing and styling the photography without detracting from the composition and lighting. 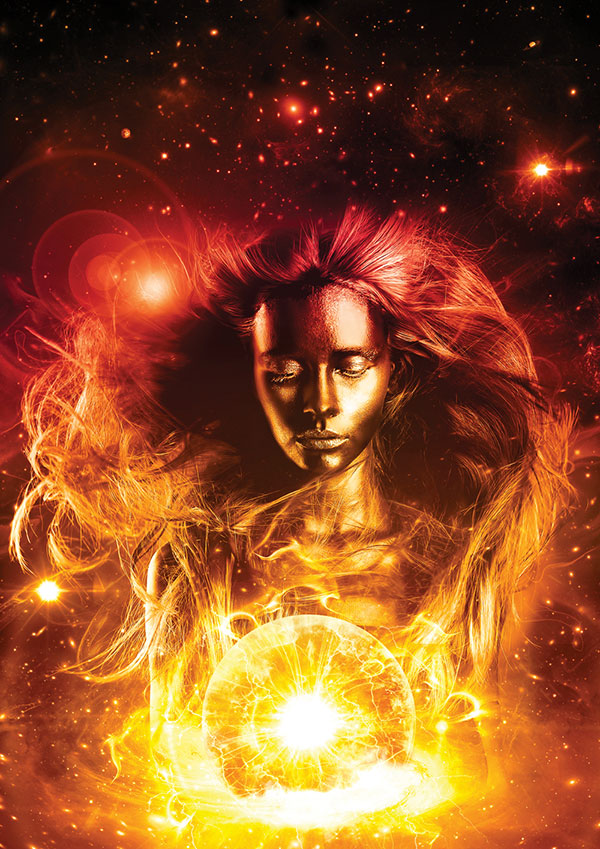 How to use the functions of photoshop to create awesome Abstract Art manipulation . By reading this tutorial you will be able to reach a result look like the image , You can use your imagination and your own skills to add more touches. 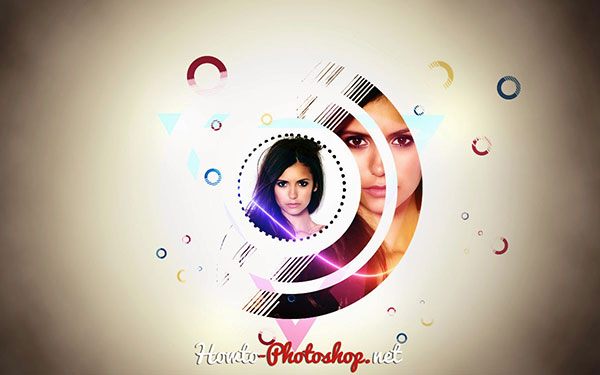 Create a Pencil Drawing From a Photo In Photoshop

This effect is very straight forward; you can apply it to almost any image, but keep in mind that it will look better when you have a subject with a white background. 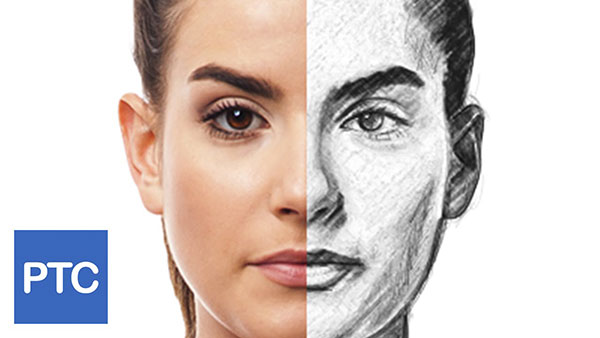 In this Photoshop tutorial you will learn how to create a colorful abstract lighting image. Using, adjustment layers, blending modes, downloadable Photoshop brushes & other basic tools. 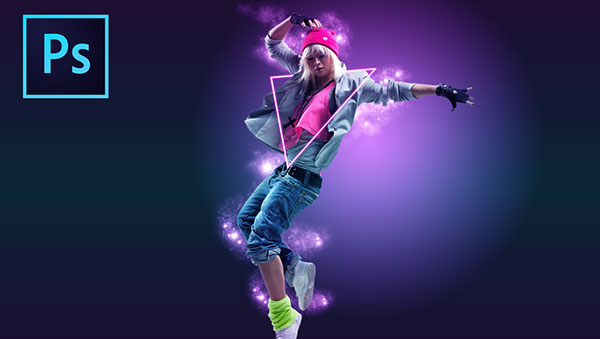 In this Photoshop tutorial, take image of girl like levitation in air. so firstly crop this girl and take a another picture of empty room and place this cropped girl in to empty scene then apply some filters like nik software, camera raw, color efex. 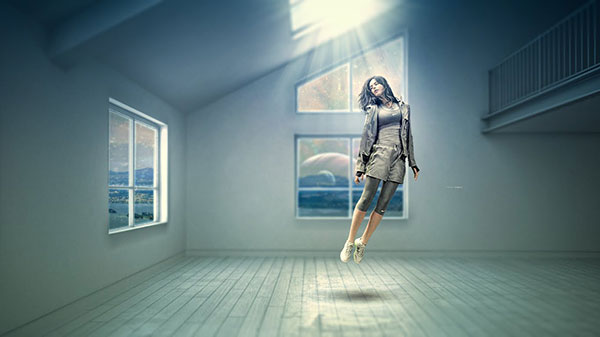 This lesson will also give you good practice with Photoshop’s Levels and Adjustment Layers – which can be extremely powerful if used properly – as well as Layer Masks and Blend Modes to create stunning, and yet sometimes quite subtle, effects. 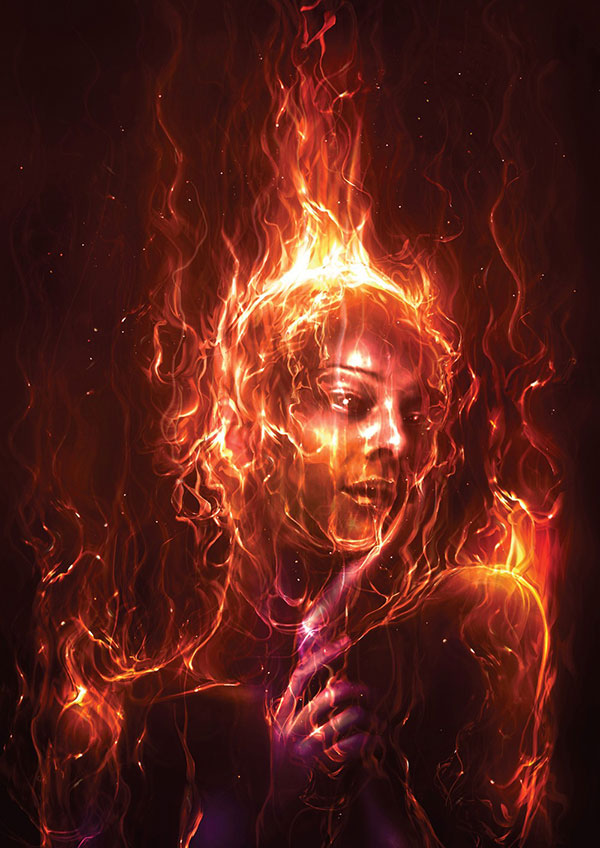 How to create a beautiful fantasy photo montage depicting the childhood secret place. What I love about this tutorial is the way in which the mood, atmosphere and drama were created in Photoshop using adjustment layers, filters, etc. 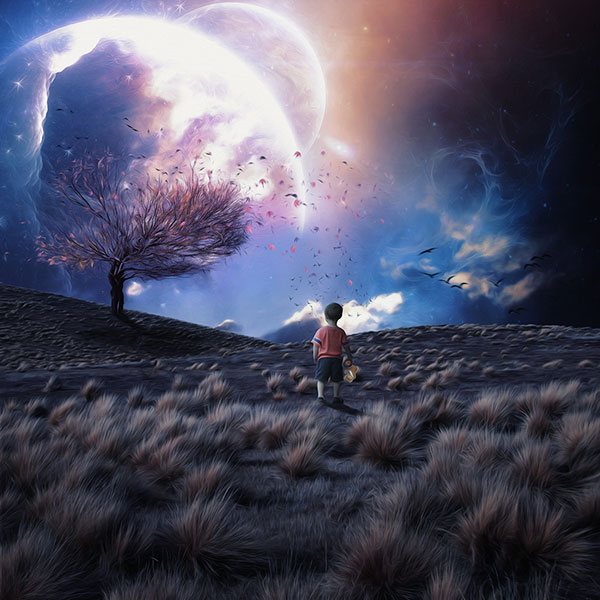 How to create a fantasy deer with a fire effect. You’ll work with blending and adjustment layers to combine different stock images into a cohesive scene. You’ll also learn how to work with fire, create a lighting effect and enhance the depth of field. 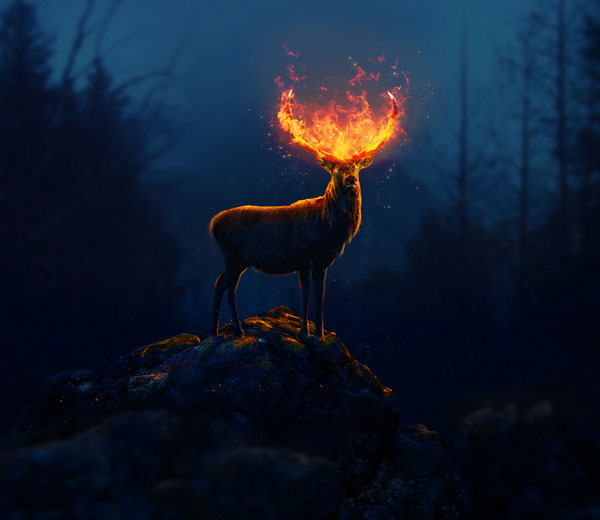 Amazing Surreal Shark Photoshop Tutorial You Have to Try

In this tutorial we will create an aquatic scene about a fisherman catching a big shark. There will be some blood and some underwater seamless blending. 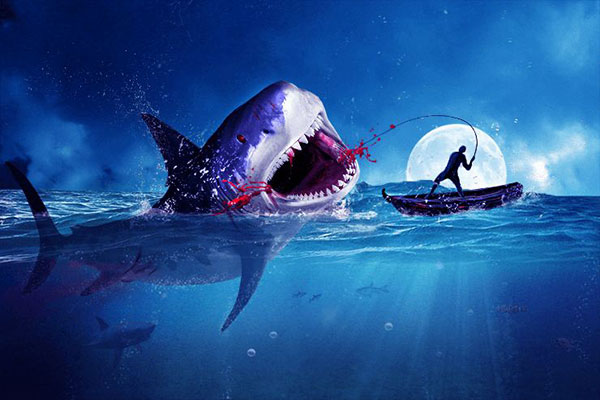 Batman-inspired artwork using a variety of photo-manipulation techniques in Adobe Photoshop. We’ll use sky and wall images to create the base scene at the start, and then blend them together using adjustment layers, masking and brushes. 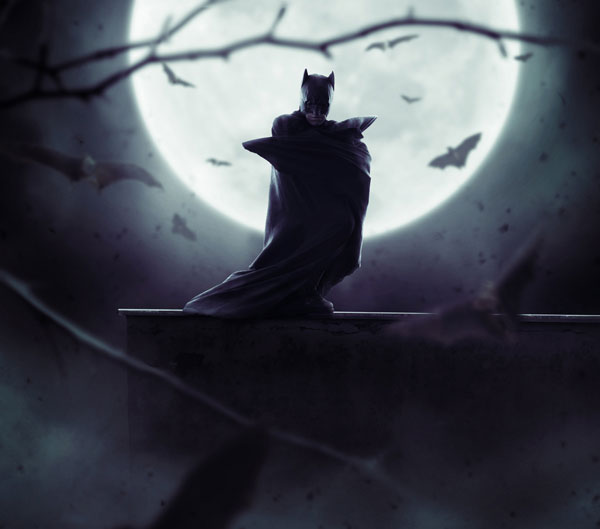 Quick tutorial on how to get the spatter / scatter / dispersion effect in Photoshop. 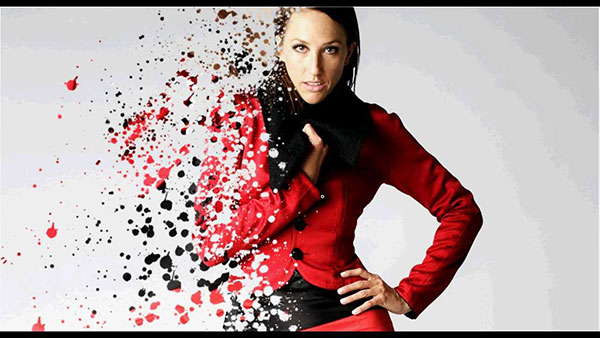 In this Photoshop manipulation tutorial, you will learn how to cutout a model using the pen tool, extract the model and other items such as a tombstone, wolf and lantern from their original pictures into a nice foggy forest background. We will also adjust many different colors and lighting to give that dreamy/fantasy feel. 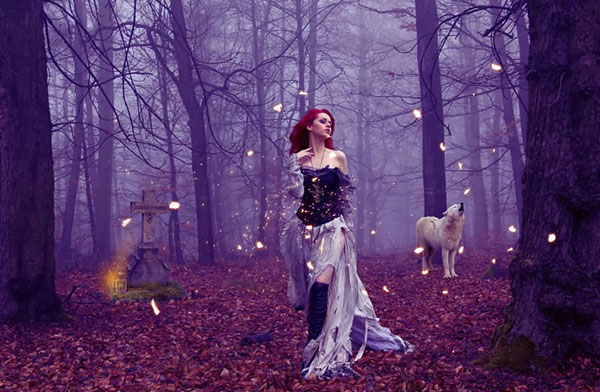 Learn how to create realistic giraffe neck knot effect and how to apply spotted skin pattern to the knot shape.. 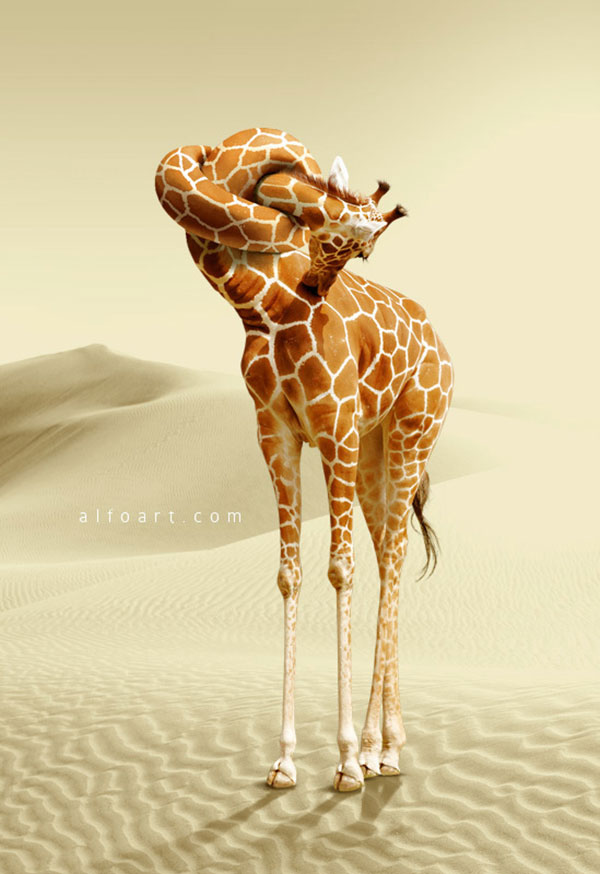 Create an Intense Composite of a Stone Tiger with Blue Flames

How to create a fantasy photo-manipulation using a basic adjustments and some stocks and how to add some textures and make it look like a fantasy fire and show you the way how to use the clipping mask and the mask as a professional and play with the lights. 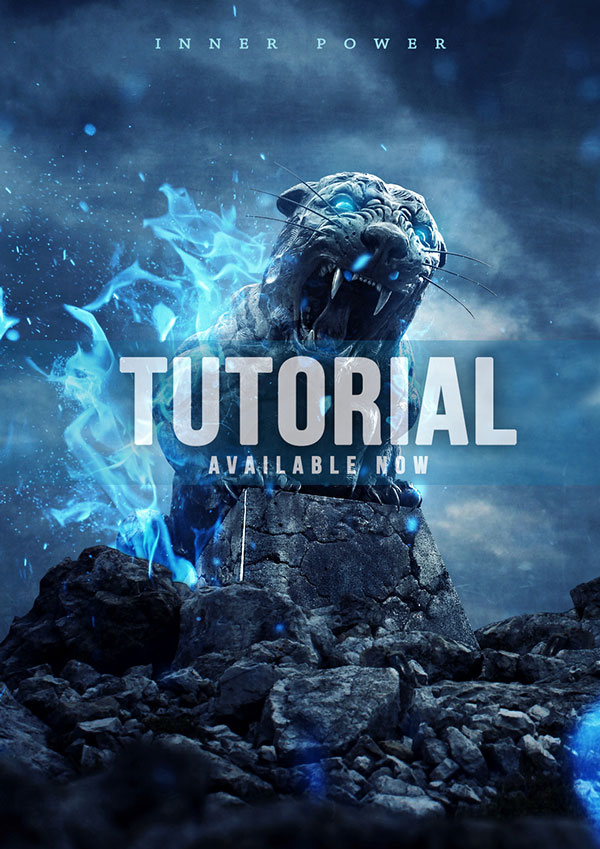 Create a person made of water from a photo

Water is a difficult element to blend, but Jennifer’s tutorial proves it’s not as hard as it looks. She shows you how to achieve a stunning end result with many basic blending tricks, including painting lighting and shadow, and setting up a focal point with a gradient. She also shows you how to make a ‘rain brush’, handy to paint with if you don’t have stock images of water. 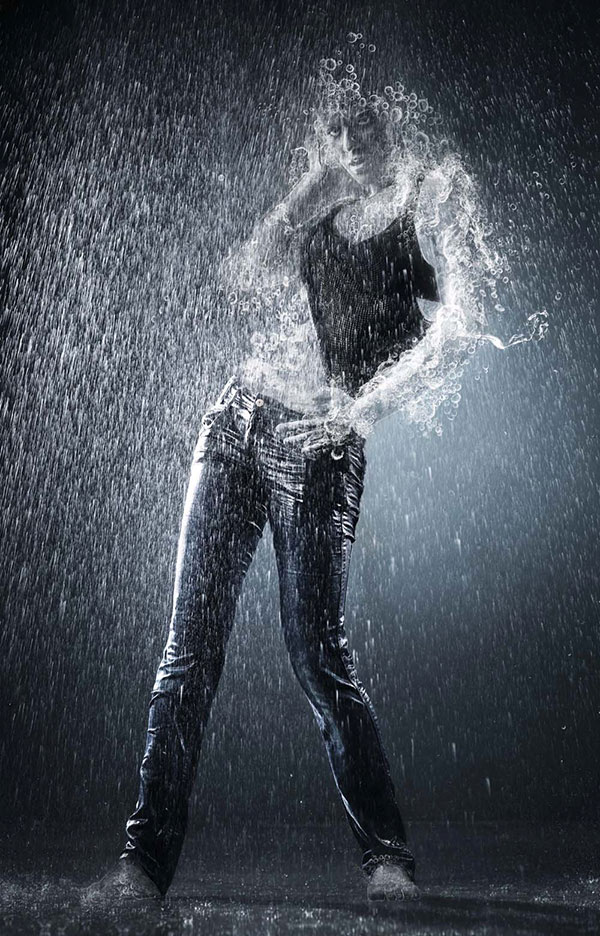 Here Kervin Brisseaux shows how he turned a basic illustration into a retro-futuristic artwork in Photoshop. You’ll use the Marquee and Pen tools to create various forms, and generate atmosphere with glow effects made using Adjustment layers and Layer Styles. You’ll also use motion blur for a dynamic feel. 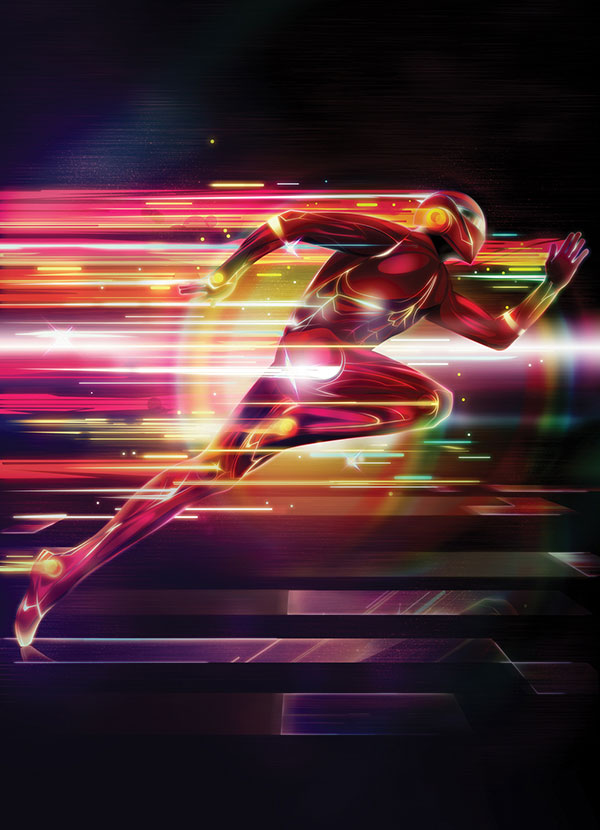 How to create a city destruction scene. You’ll learn how to destroy a city by adding broken, damaged elements and blending them using adjustment layers, masking and brushes. 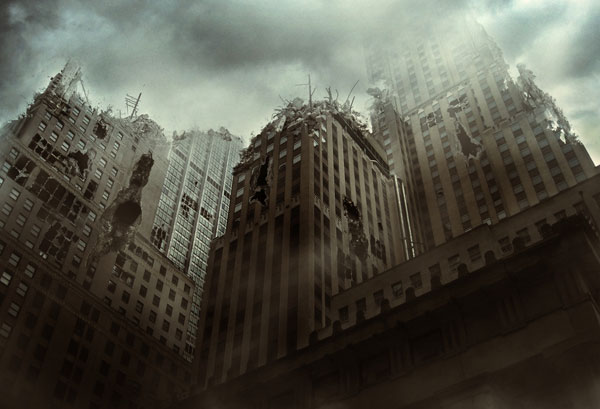 You’ve probably seen this interesting effect of two or more overlapping photos on the covers of music albums, in modern magazines and in advertisements. In this tutorial we’ll create a trendy double exposure effect in Adobe Photoshop with the help of Blending Modes and Clipping Masks in a few steps. 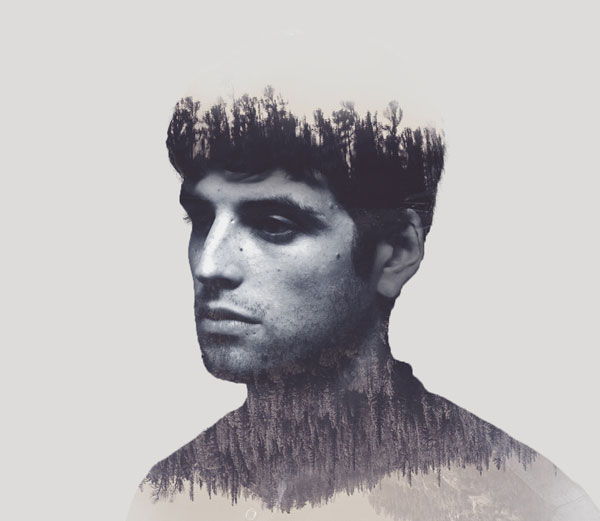 This one was inspired by Salvador Dali’s famous painting Woman with head of roses. Hopefully this will make the magazine cover again that’d be really awesome… 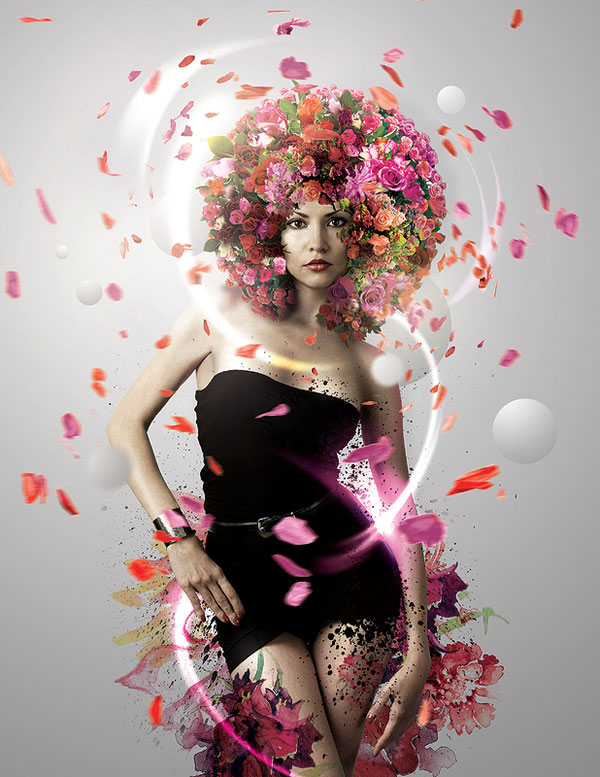 If you’re wondering how the images are actually created, Johansson has been regularly release behind-the-scenes videos showing his techniques. Here are a number of his photo-manipulation artworks accompanied by short but fascinating BTS videos: 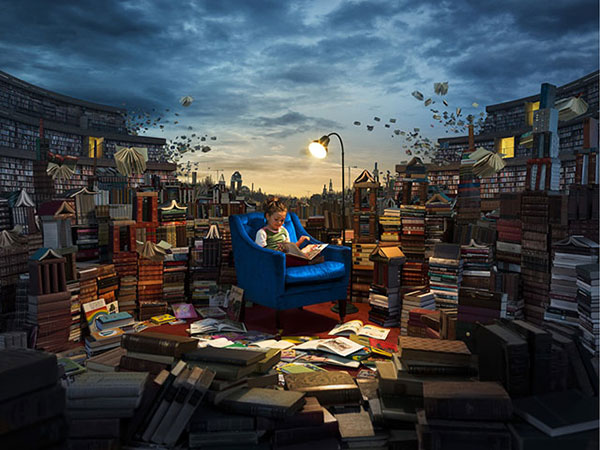