One of the most viral types of content online are infographics. They are entertaining to see and they also help to express and visualize the figures and facts being presented. This time, we would like to present you 6 cool and informative twitter infographics.

Top 15 Reasons Why People Unfollow You On Twitter [Infographic]

No matter how experienced we get when it comes to social media, there are still things that are a mystery. For me, most of those things revolve around why people choose to do what they do. If you think about that, it’s yet another example of how our behavior in social media is simply a reflection of how we behave IRL. Whether someone friends us on Facebook, follows us on Twitter or Pinterest, or connects with us on Google+ or LinkedIn, there is always the chance that they will change their minds and sever the connection. The question is, what makes people decided to do that? 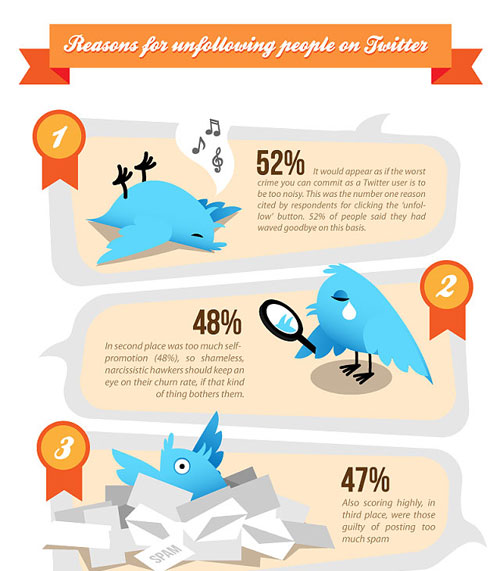 That number is impressive enough, but it pales in comparison to LinkedIn, where 10.2 million Americans say that they found work, and especially Facebook, which accounted for a staggering 18.4 million of successful hires. 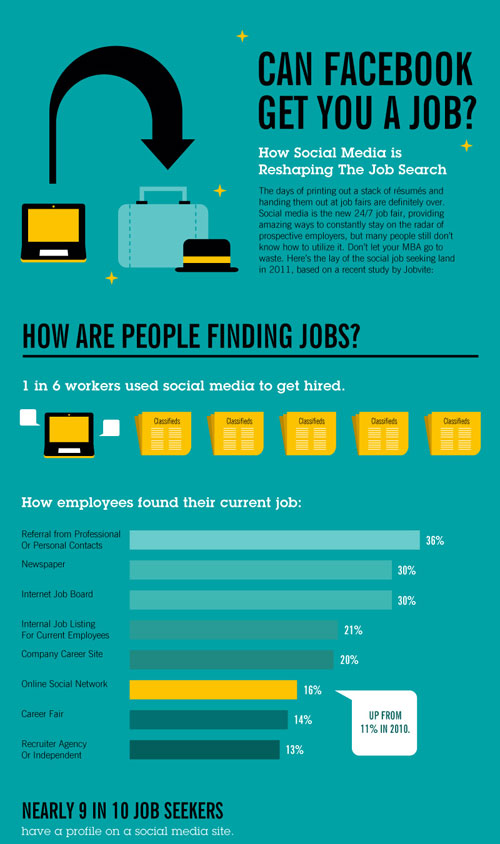 We all know Facebook and Twitter are two of the biggest digital platforms for brand promotion, but just because they’re both social doesn’t mean the typical consumer response is the same across the board. 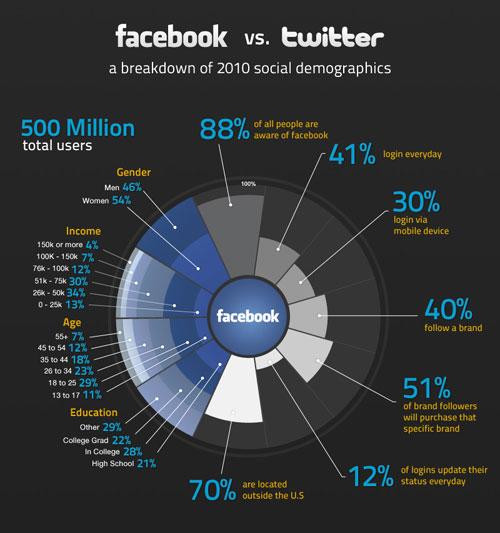 What would happen if you tried to print Twitter? 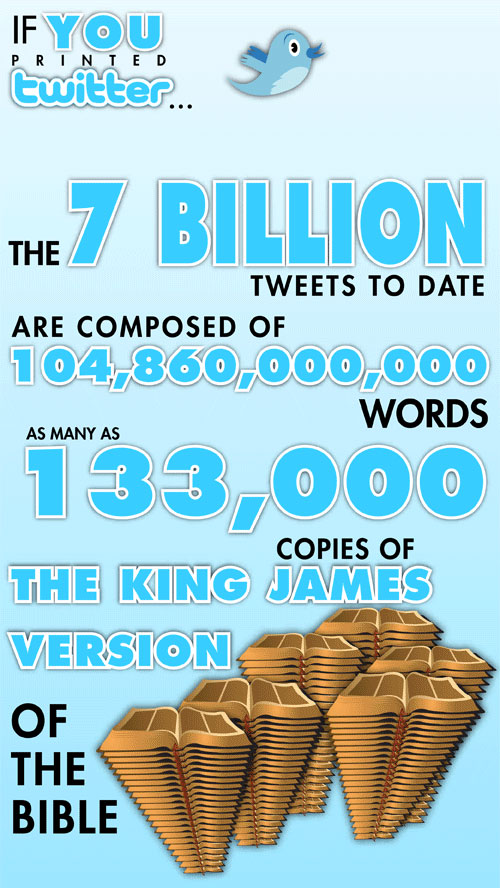 New to Twitter and wondering how to get started? 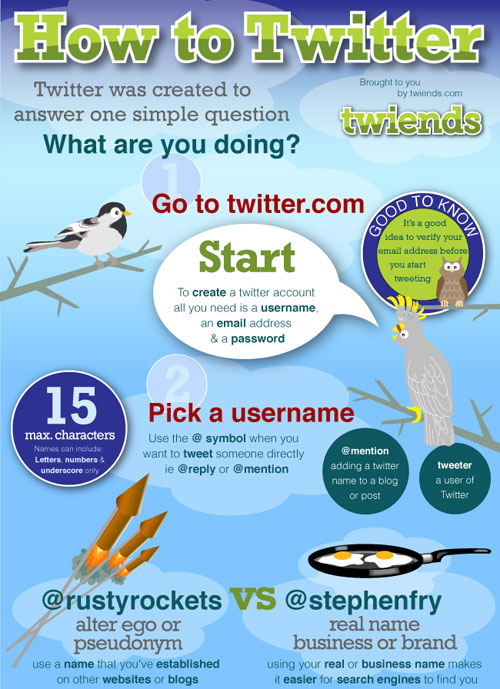 Celebrities have tried to kick the habit, yet failed. College students have copped to social media addiction. Research has shown that people may have a harder time resisting Twitter than alcohol, sleep and sex. 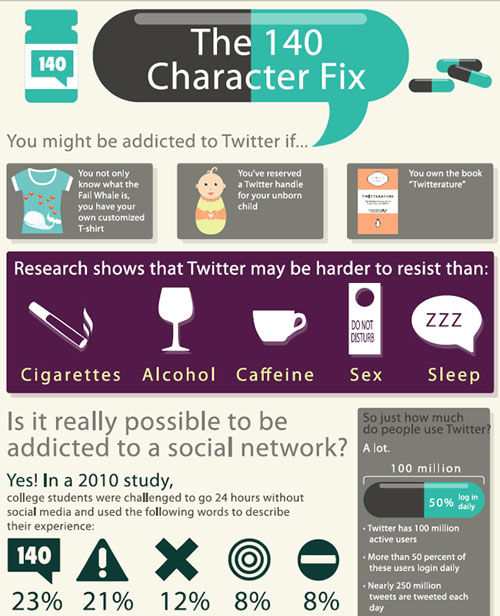