There are plenty of other options at your fingertips and it is up to you to choose the best tools for the way you design. Some will want to rely heavily on complete toolkits, while other designers are only looking for templates and inspiration for their creative jumping off point. Either way, if you choose any of the resources listed, you’ll know you’re using a quality tool.

A Tumblr blog by Steve Streza of app designs and icons made for iOS 7. Great for getting inspiration for updating your app to the new iOS 7 design aesthetic.

The iOS Design Cheat Sheet is a great resource for iOS designers and developers. Quickly find all important data about Apple devices when it comes to App development. 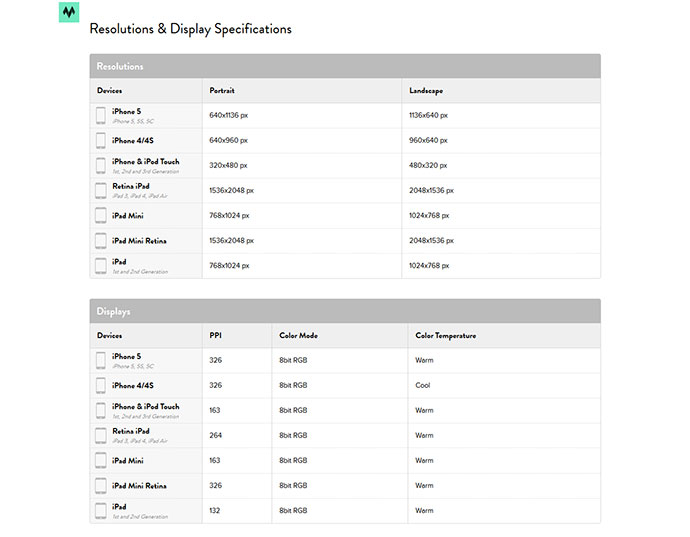 This template includes quick rendering of all iOS 7 & iOS 6 sizes, bundled textures and iOS 7 colors and gradients. Automatically rendered previews of your app icon in the app store and on the homescreen. It also includes the new golden ratio grid and easy export actions. 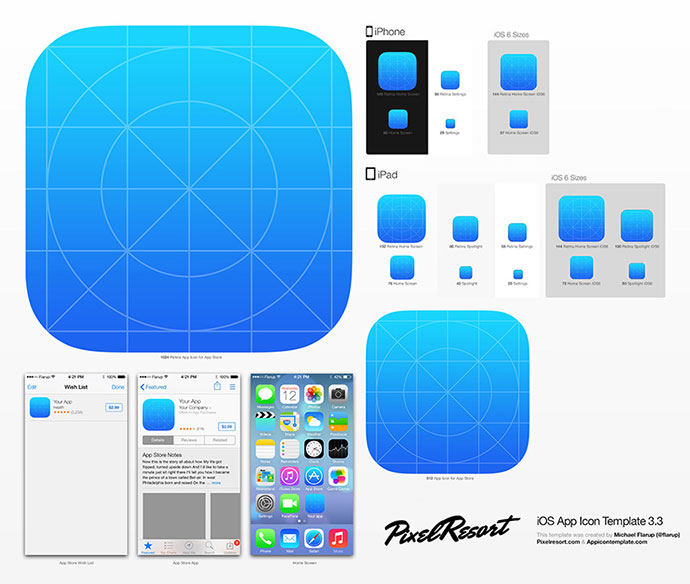 Skeuomorphism is becoming old school and Flat UI is here to stay. Download these templates and give your app the edge it deserves. 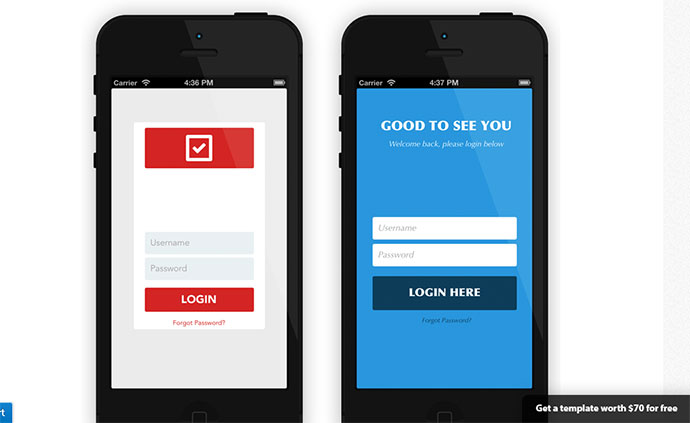 A complete list of all the system fonts available on various versions of iOS (from iOS 4 to current). Includes search, preview and iPhone/iPad availability. 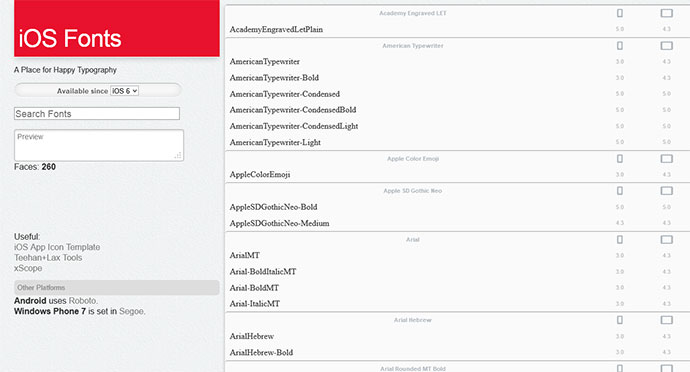 iOS7 Before and After Pics

TapFame’s before and after iOS 7 gallery provides a perfect showcase of iOS 7’s new design touch points. Showcasing some of the most notable redesigned interfaces, it offers a one-stop link to compare and evaluate many of the most critical UI changes.

Like most projects, this one started with a brief and a quick chat with the designer who looks after the mobile designs – the direction he wanted to take was pretty clear; clean, crisp, iOS7. Usually an iconography project starts with an exploration of themes (visual directions the iconography could take), but since that hard work had already been done, my first job was to do a bit of iOS7 research.

The elements that are part of this fantastic GUI are inspired in the new style of iOS7 in its beta version, but with a slight general improvement to app icons and the interface in general. There are more than 1000 of them, fully editable retina ready PSD covering almost everything (if not everything) you could need for your projects. 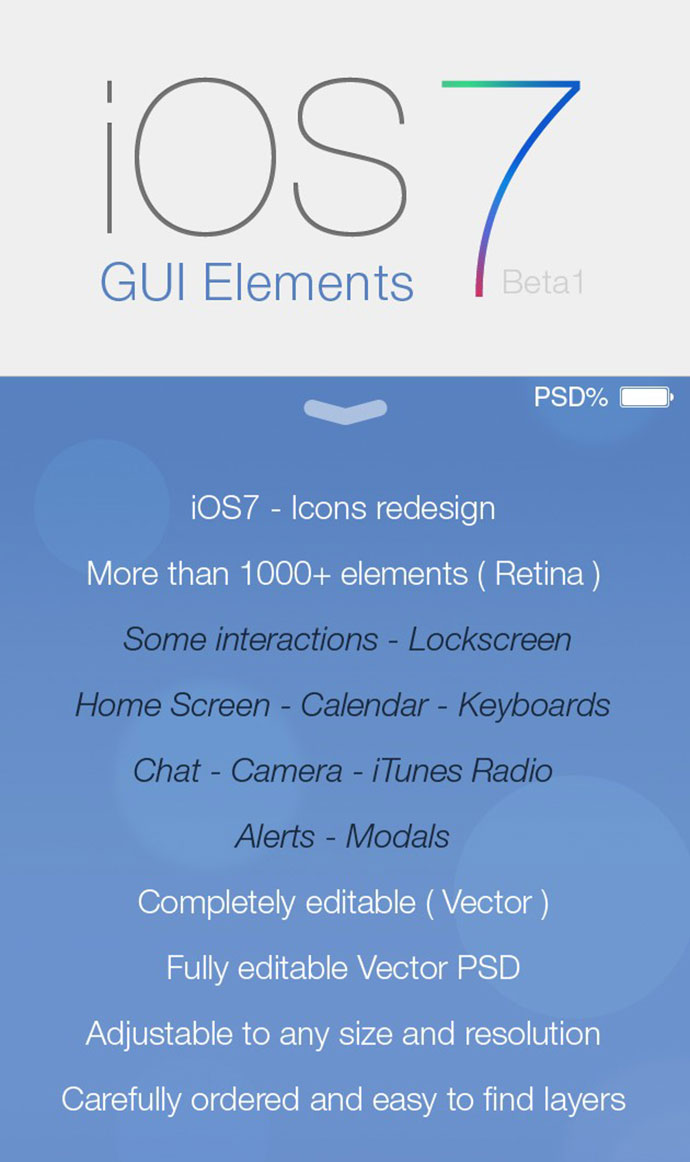 Right now, new keyboard shortcuts have only been added to Safari, Mail, and Pages in a very limited fashion. While they are consistent with their OS X counterparts, Apple has only brought a few of the Mac’s shortcuts to its iOS 7 apps, leaving other apps like Messages or Reminders without shortcut support. It’s likely that, with time, Apple will bring more shortcuts to Safari, Mail, and other stock apps.