Font choice is subjective. Any font choice lies somewhere between personal preference and the default setting on whatever IDE you use. A good choice of font for your coding can make a huge difference and improve your productivity, so take a look at the free fonts in this post that make code easier to read and more pleasing to the eye, just like any other text. 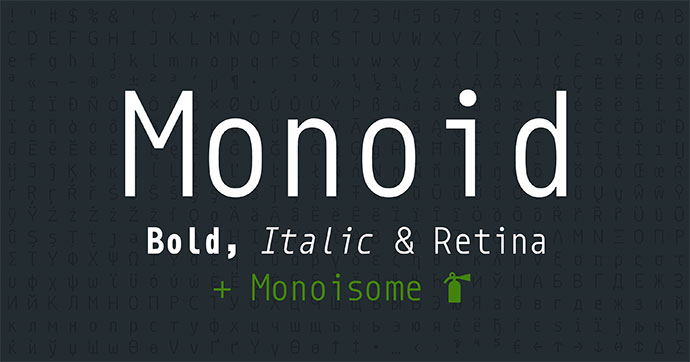 This is an extension of the Fira Mono font containing a set of ligatures for common programming multi-character combinations. This is just a font rendering feature: underlying code remains ASCII-compatible. This helps to read and understand code faster. 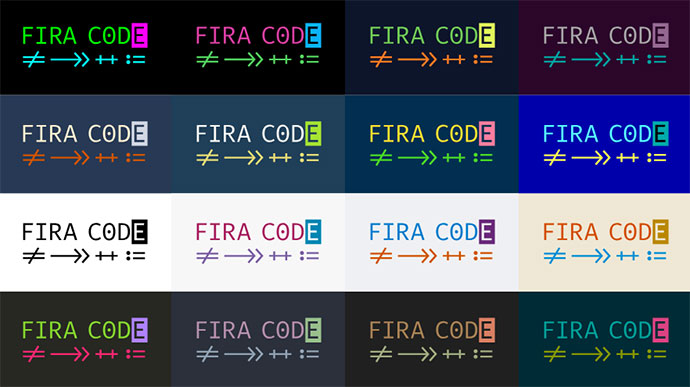 It is designed to be a workhorse typeface for source code. It has deep roots in the free, open source typeface community and expands upon the contributions of the Bitstream Vera & DejaVu projects. 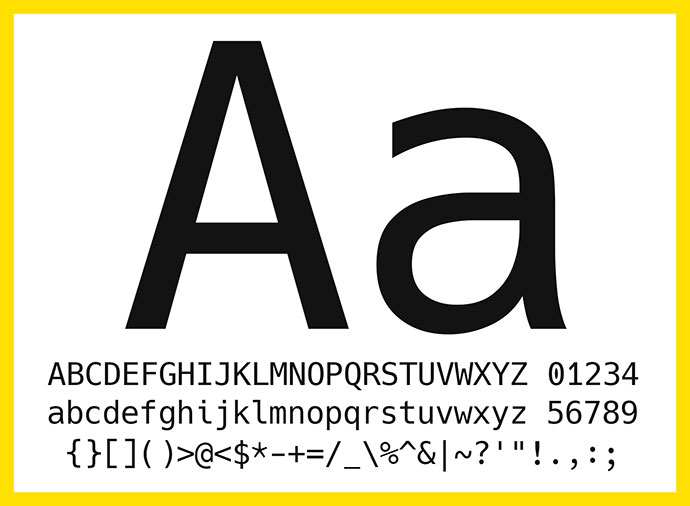 It is a family of four fixed-width fonts designed with coding in mind. Anonymous Pro features an international, Unicode-based character set, with support for most Western and Central European Latin-based languages, plus Greek and Cyrillic.

A font for programming and code review.

This is a slender monospace sans-serif and slab-serif typeface inspired by Pragmata Pro, M+ and PF DIN Mono, designed to be the ideal font for programming.

A programming font, designed with functionality in mind, and with some wibbly-wobbly handwriting-like fuzziness that makes it unassumingly cool. 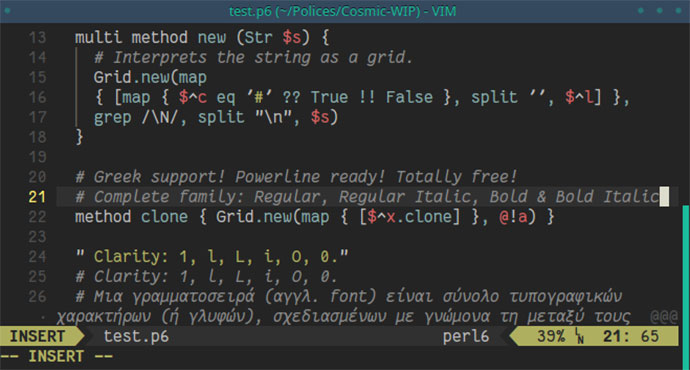 It is a monospace font designed to be clear, pragmatic and very readable. Its creation has been focused on programming. Every glyph was carefully planned and calculated, according to defined principles and rules.

This is a typeface designed and optimized specifically to be used to write and read CSS code.

There are a great many `programmer fonts,` designed primarily for use on the screen, but in most cases do not have the attention to detail for high resolution rendering. 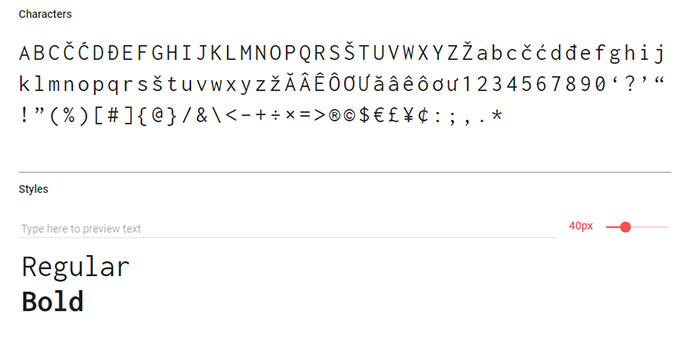 It is the monospace companion family to Oxygen, the KDE project UI and brand type.

It`s a condensed monospaced typeface produced specifically for programmers. It has several variations and each of them somewhat alter the way the font looks. 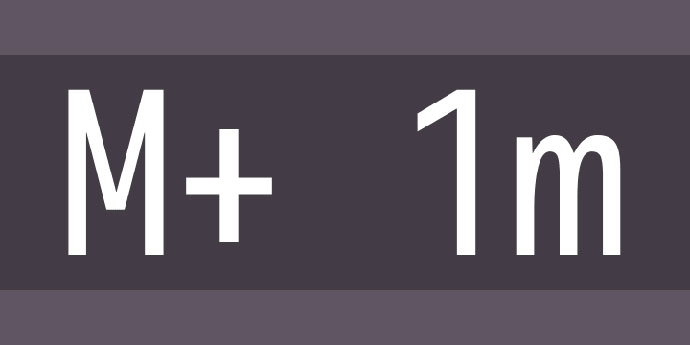 It`s a part of an open source DejaVu font family based on Bitstream Vera fonts, purposed for greater coverage of Unicode and to provide a wider range of characters and styles at the same time maintaining the original look. 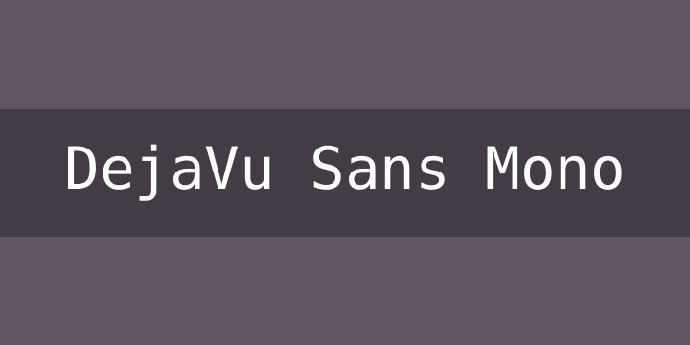 League Mono is a mashup of sorts, inspired by some beautiful forms found in both Fira Mono, Libertinus Mono, and Courier.

The font has been designed primarily for use on screen displays and is the default font for the releases of the Ubuntu operating system. It`s not very optimized for other platforms. 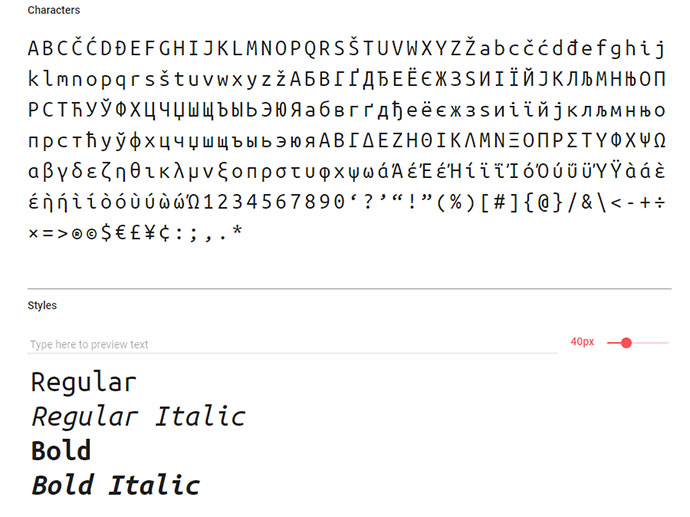 It is monospaced font which is designed by The Gnome Project. This font is labeled as Fixed width font. Bitstream Vera Sans Mono font family has 4 variant.

A font for the nostalgic. 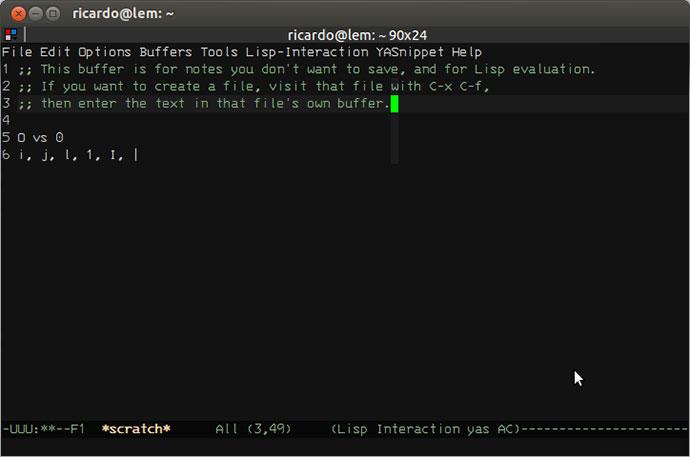 It is an original fixed-width type family designed by Colophon Foundry for Google Design. It supports a Latin Extended glyph set, enabling typesetting for English and other Western European languages. 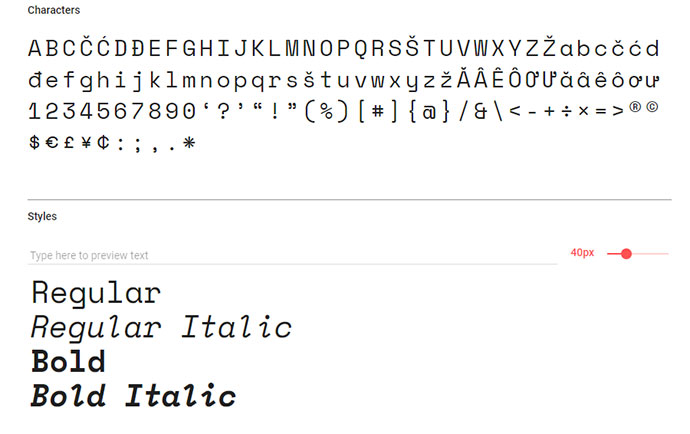 This is a flexible system of fonts designed specifically for code by David Jonathan Ross. It offers both monospaced and proportional fonts, all with a large range of widths, weights, and styles for richer code formatting. 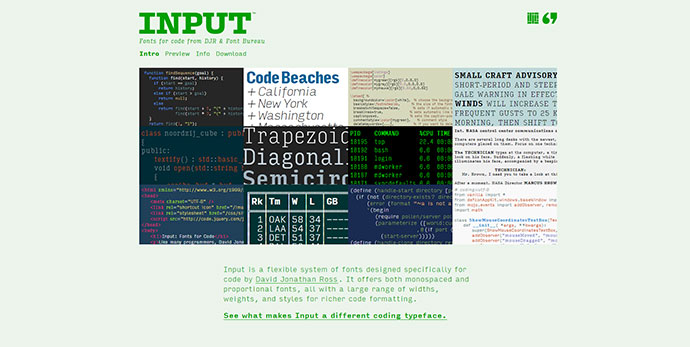 It is monospaced font which is designed by Red Hat. This font is labeled as Fixed width font.

Kraft Mono is a monospaced geometric font available in 3 styles. 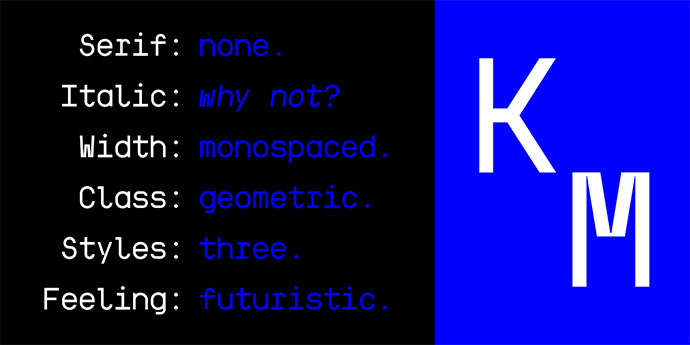 It got those unique italics that totally looks different in normal state. Make sure to set up your editor correctly to achieve the same style as in the screenshot. 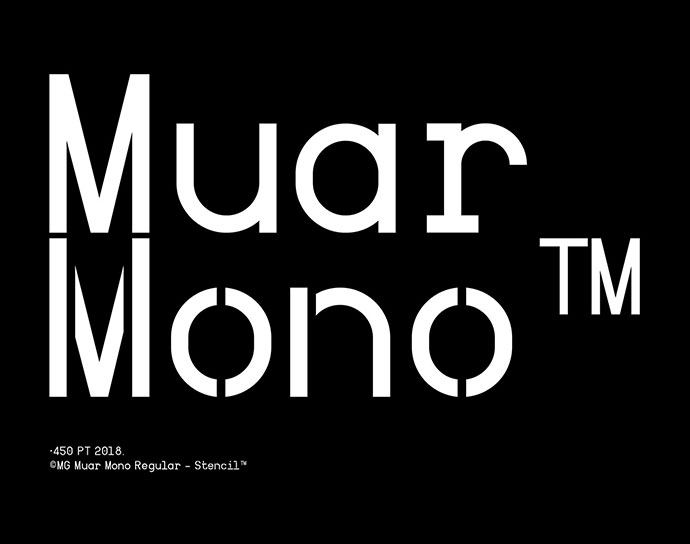 Disket is a display monospaced, grid based typeface of 2 weights, regular and bold. Inspired by geometry, grids and architecture.