Tools are essential for developing any application, especially React, so in this post I’ve gathered 25 Best React Development Tools 2019 for taming the requirements of building and growing modern apps.

An online code editor tailored for web application development. The JavaScript community has sharing as its selling point. It has the biggest open source community and every day new ideas and proposals are shared on Twitter. This is great and a really strong point, but the side effect of this is that there are a lot of tools and configurations to consider before you can start building. CodeSandbox aims to solve this by allowing developers to simply go to a URL in their browser to start building. This not only makes it easier to get started, it also makes it easier to share. You can just share your created work by sharing the URL, others can then (without downloading) further develop on these sandboxes. 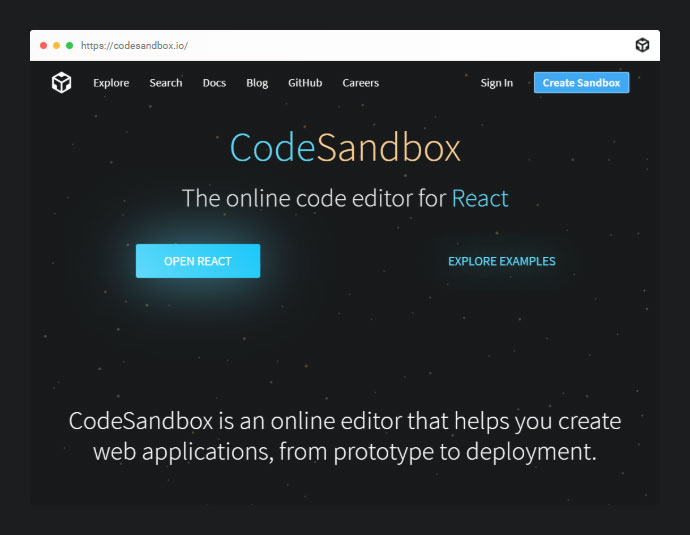 Gatsby is a blazing-fast static site generator for React. It allows you to build a React app and have server-side rendering in one single swoop. This removes any SEO anxiety and greatly improves load performance by directly serving pre-rendered content. Any non-essential content and extra functionality can be loaded after the initial load. 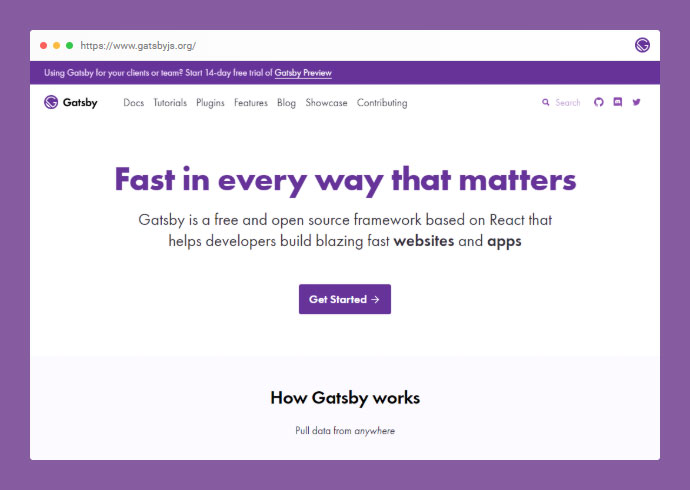 Next.js is a minimalistic framework for server-rendered React applications. Next.js is backed by an organization which is stable and is also very active in the open-source world. Next is not going away in a couple of months and most likely is here to stay. 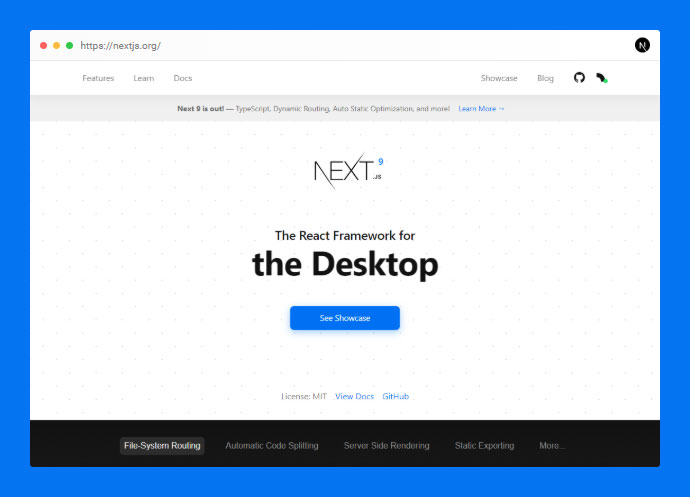 Set up a modern web app by running one command. Facebook’s create-react-app is an easy to way to start developing with React. It lets you concentrate on the development of your components rather than requiring you to first learn how to setup Typescript, Webpack, and Babel. With create-react-app you can create your React app easily. And you can start it locally. So far so good. 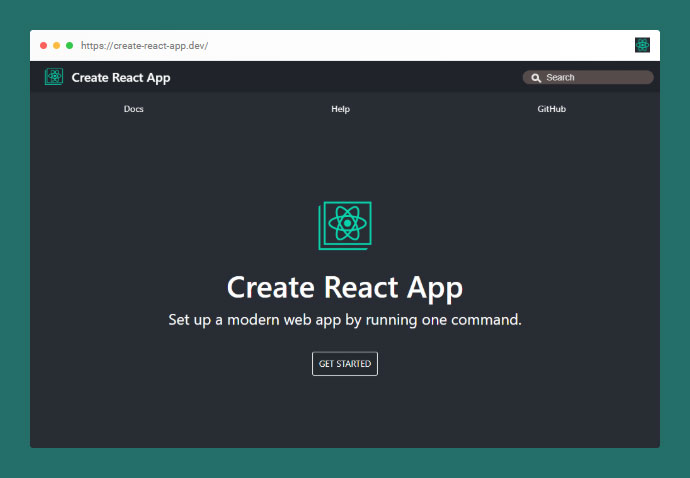 Tweak React components in real time. React Hot Loader is a plugin that allows React components to be live reloaded without the loss of state. It works with Webpack and other bundlers that support both Hot Module Replacement (HMR) and Babel plugins. 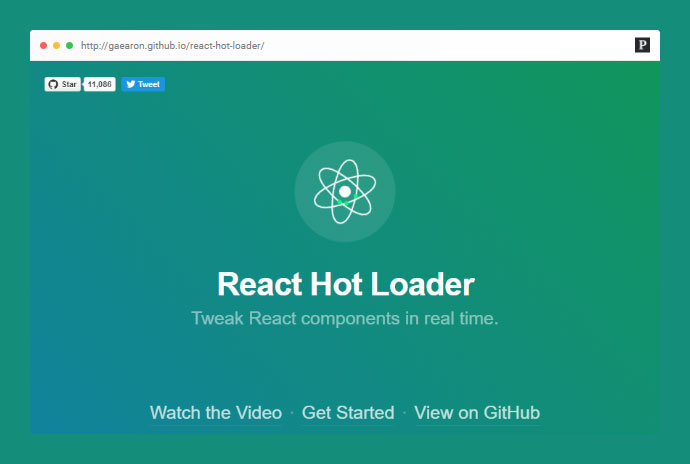 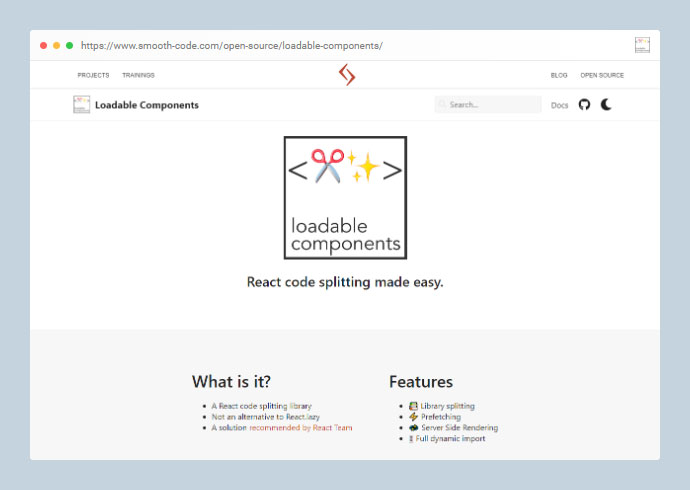 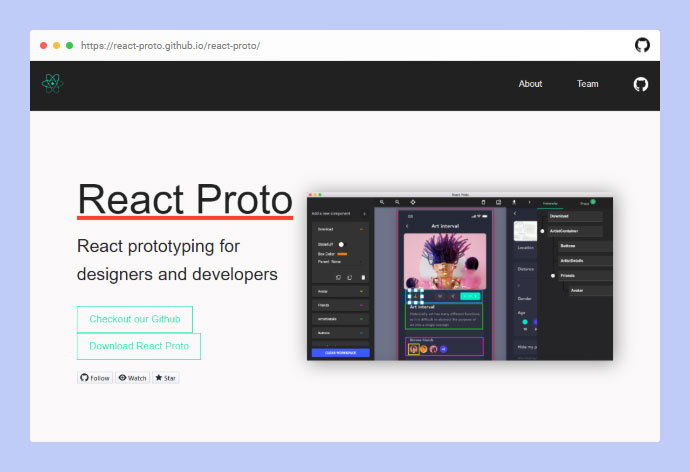 An npm package for tracing & visualizing lifecycle methods of arbitrary React components. To trace a component, apply the higher-order component traceLifecycle to it, and all its lifecycle-method calls will show up in a replayable log component. 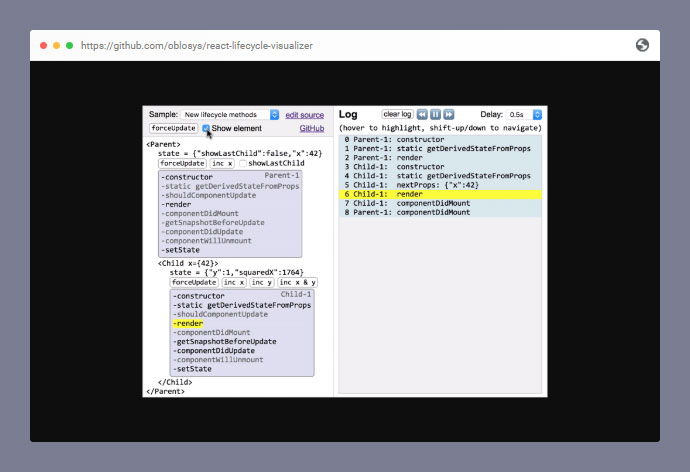 Enzyme is a JavaScript Testing utility for React that makes it easier to test your React Components output. You can also manipulate, traverse, and in some ways simulate runtime given the output. Enzyme’s API is meant to be intuitive and flexible by mimicking jQuery’s API for DOM manipulation and traversal. 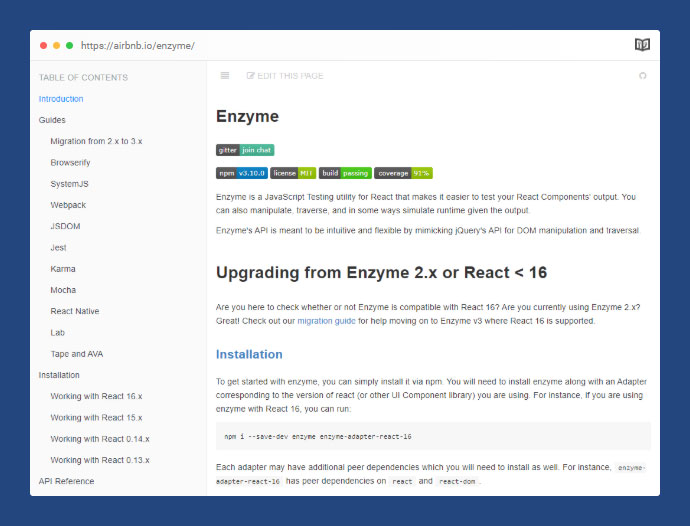 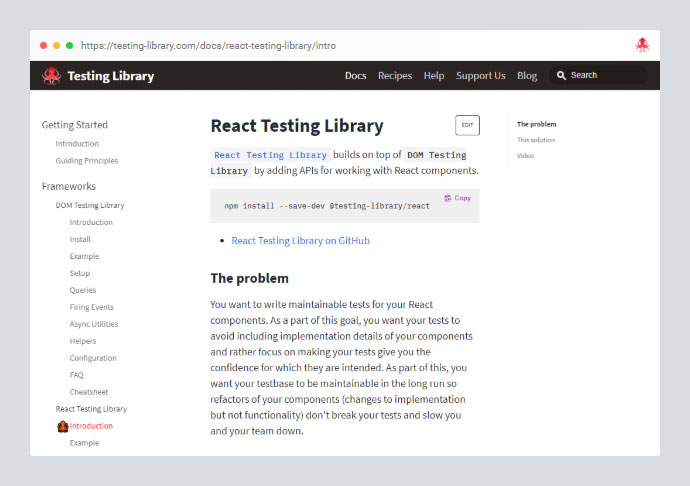 Create and build modern JavaScript projects with zero initial configuration. Neutrino is a companion tool which lets you build web and Node.js applications with shared presets or configurations. It intends to make the process of initializing and building projects much simpler by providing minimal development dependencies. 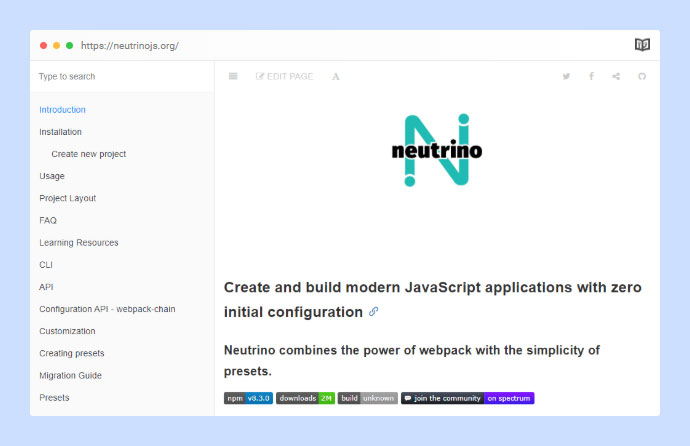 Storybook is a development environment for UI components. It allows you to browse a component library, view the different states of each component, and interactively develop and test components. 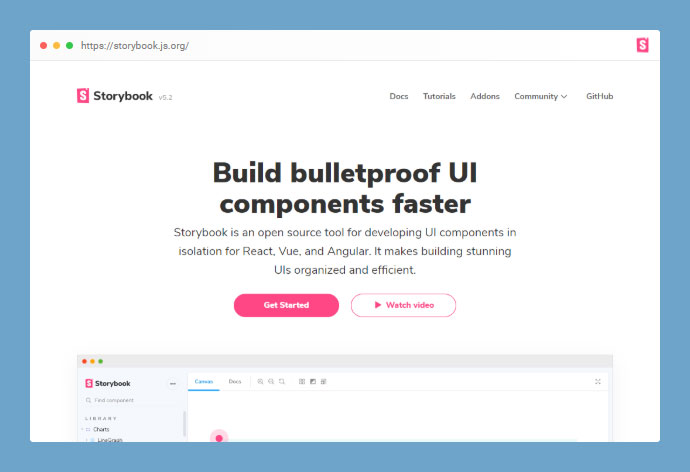 React Sight is a live view of the component hierarchy tree of your React application with support for React Router and Redux. 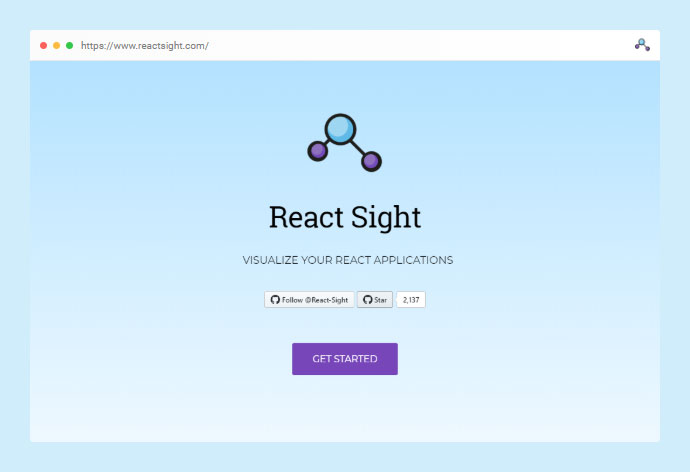 When development is done, Phenomic will help you to produce for you static files that you can deploy on any static hosting (HTML, CSS and JavaScript files). The result will be an SEO friendly website (all pages built and can be served as HTML files) and optimised for fast browsing (after the first HTML page, JavaScript files will handle client side navigation and only download what is necessary without full pages reload). 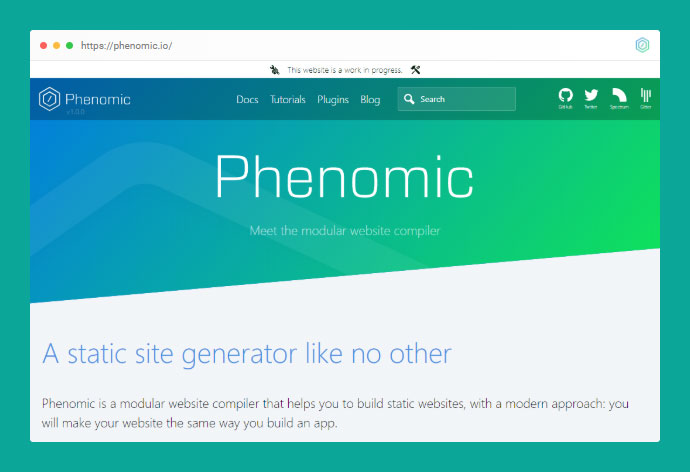 React Cosmos, a dev tool for UI developers. You may call it a “component playground” or an “isolated dev environment”, but at the end of the day all you need to remember is that it rocks. 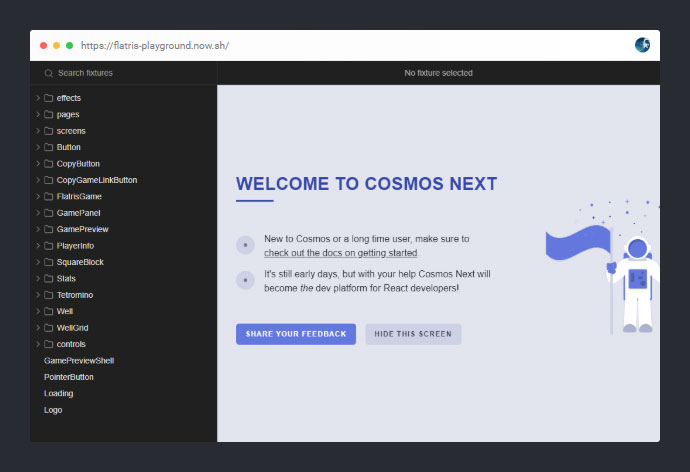 A friendly application manager and task runner for React.js. Guppy is a free-to-use desktop application designed to make it easier to get started building React web products. It provides a friendly GUI for many of the typical tasks facing React developers. 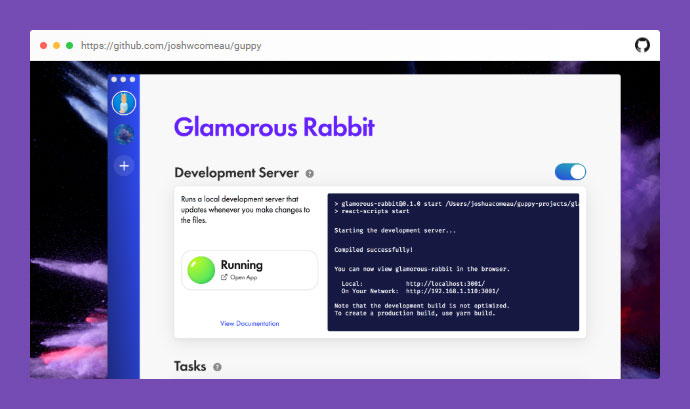 A desktop app for inspecting your React JS and React Native projects. macOS, Linux, and Windows. 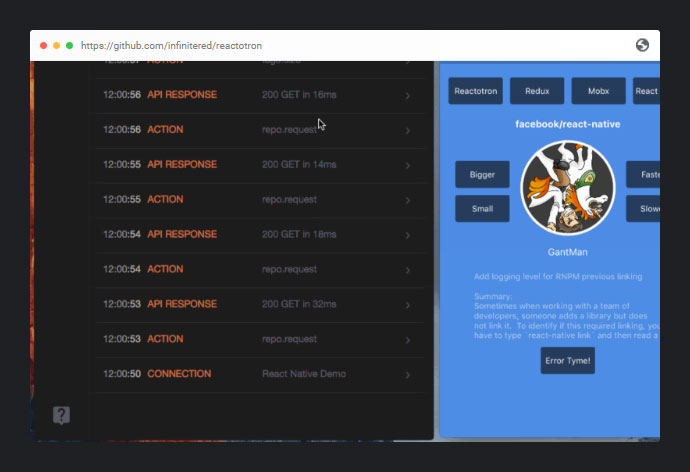 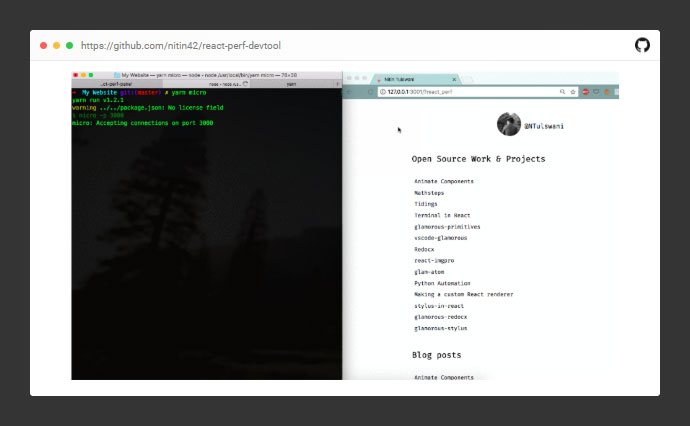 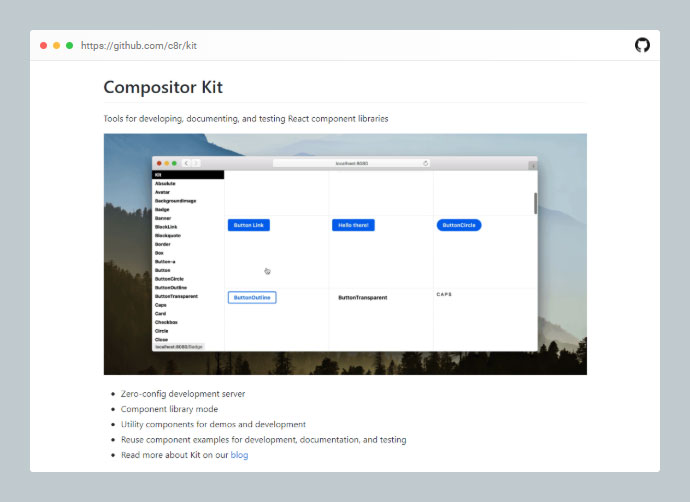 A developer tool for engineers working with React and GraphQL. 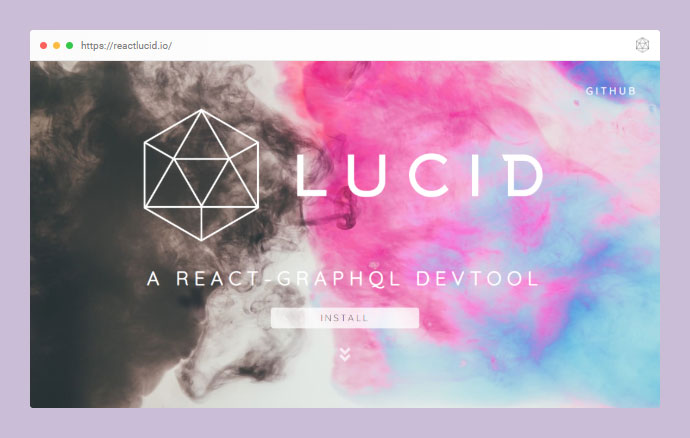 Create server-rendered universal JavaScript applications with no configuration. Universal JavaScript applications are tough to setup. Either you buy into a framework like Next.js or react-server, fork a boilerplate, or set things up yourself. Aiming to fill this void, Razzle is a tool that abstracts all complex configuration needed for SSR into a single dependency–giving you the awesome developer experience of create-react-app, but then leaving the rest of your app’s architectural decisions about frameworks, routing, and data fetching up to you. With this approach, Razzle not only works with React, but also Reason, Elm, Vue, Angular, and most importantly .. whatever comes next. 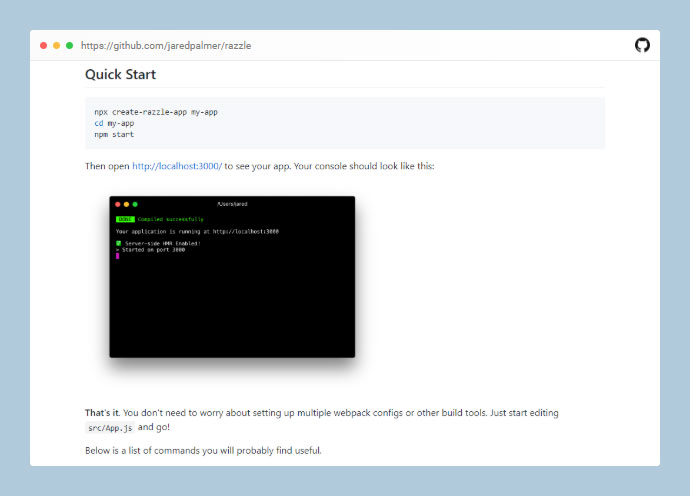 Reactide is the first dedicated IDE for React web application development. Reactide is a cross-platform desktop application that offers a simulator, made for live reloading and quick React component prototyping. React brings an integrated suite of development tools to streamline react development. The days of flipping between browser, IDE, and server are over. 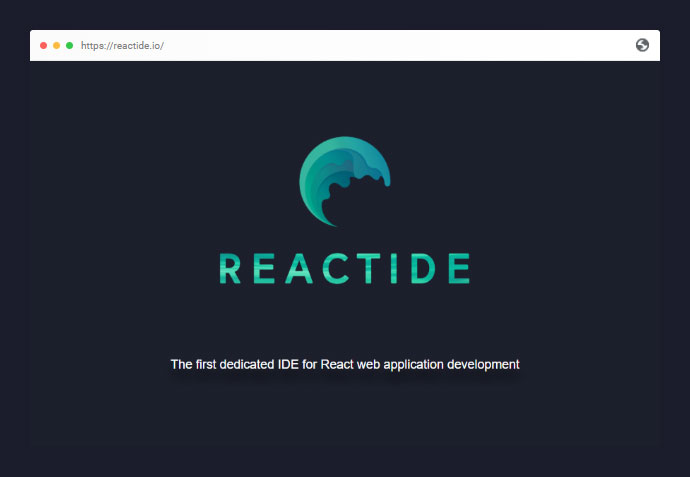 React Styleguidist is a component development environment with hot reloaded dev server and a living style guide that you can share with your team. It lists component propTypes and shows live, editable usage examples based on Markdown files. 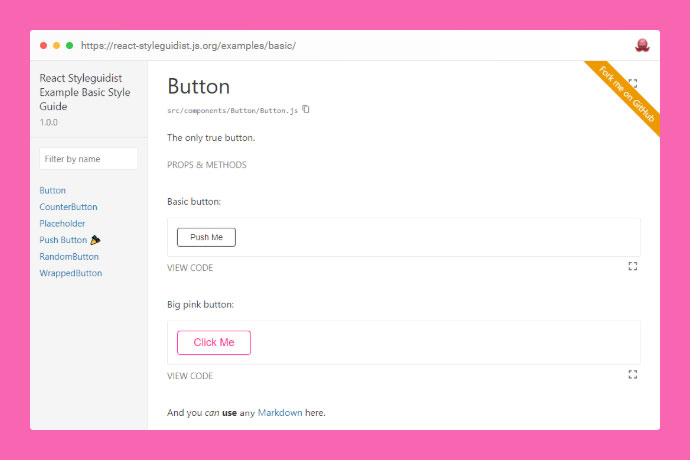 A tool for developing, distributing and collaborating over reusbale components. Easily share code across projects as a team. 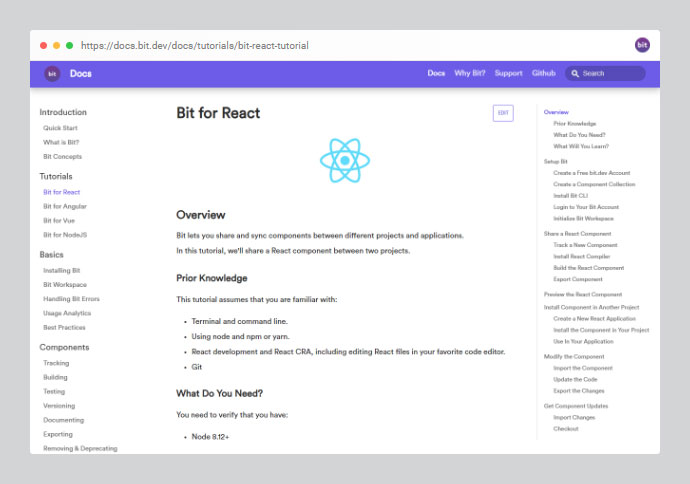 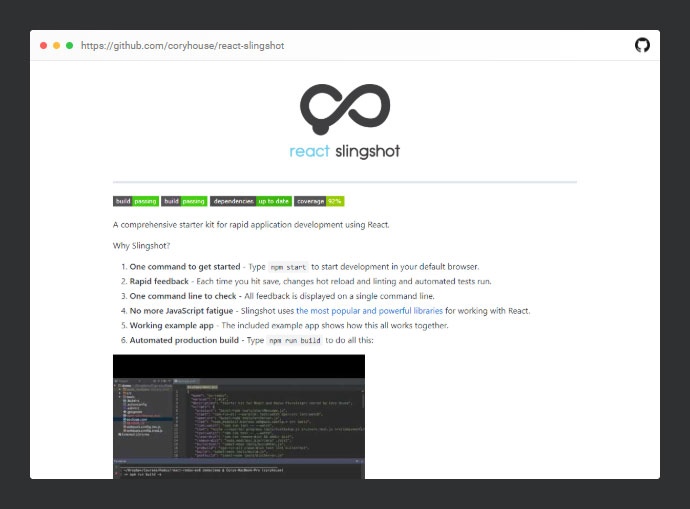