A modal window is an element that sits on top of an application’s main window. It creates a mode that disables the main window but keeps it visible with the modal window as a child window in front of it. Users must interact with the modal window before they can return to the parent application. So here are jQuery plugins that are great to present pop-up window to users that requires their interaction. These are often best used when the user has an action to perform e.g. confirming an action before moving forward.

Avgrund is a jQuery plugin for your modal boxes and popups. It uses new concept showing depth between popup and page. By using depth, it gives importance to popup’s instead of the normal, irritating alerts. Highly customizable. 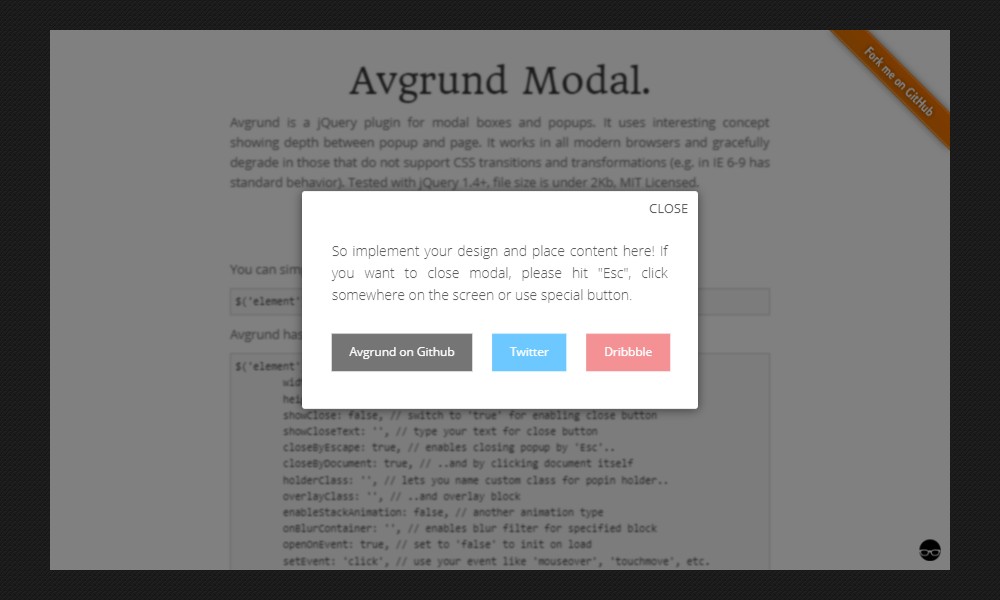 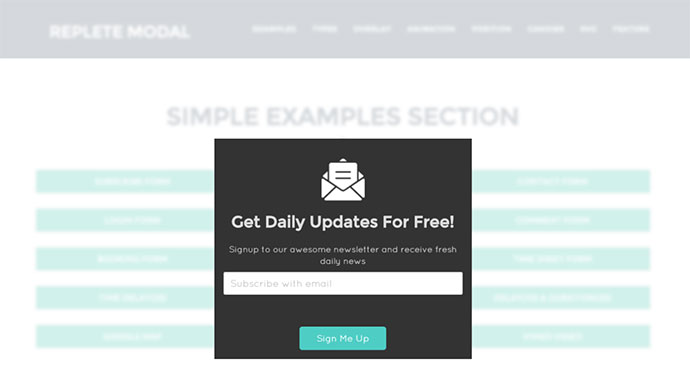 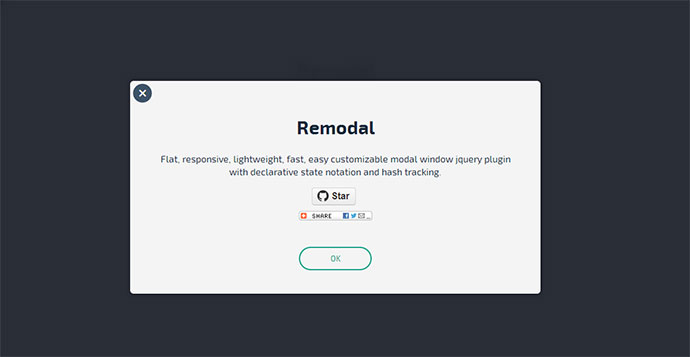 jQuery plugin that creates an image slider which gives more information when clicked on.

jQuery Impromptu is an extension to help provide a more pleasant way to spontaneously prompt a user for input. More or less this is a great replacement for an alert, prompt, and confirm. Not only does it replace these but it also allows for creating forms within these controls. This is not intended to be a modal replacement, just a quick tool to prompt user input in a fashionable way. 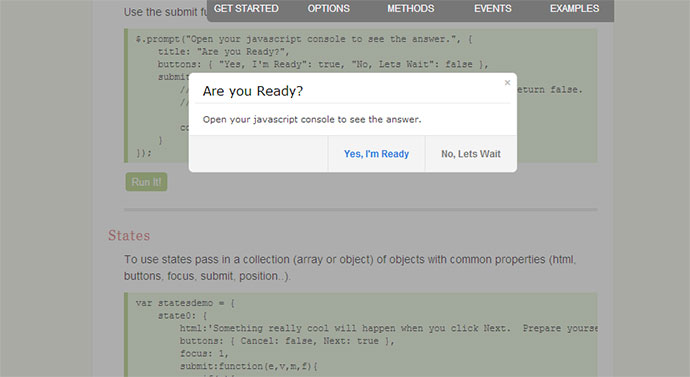 Most plugins I’ve found try to do too much, and have specialized ways of handling photo galleries, iframes and video. The resulting HTML & CSS is often bloated and difficult to customize. By contrast, this plugin handles the two most common scenarios I run into displaying an existing DOM element, loading a page with AJAX and does so with as little HTML & CSS as possible.

A light weight jQuery plugin that is a must have for any developer to easily create modal windows. Put focus on important elements by applying a mask to your page and opening a customizable pop up modal window.

bPopup is a lightweight jQuery modal popup plugis. It doesn’t create or style your popup but provides you with all the logic like centering, modal overlay, events and more. It gives you a lot of opportunities to customize so it will fit your needs. 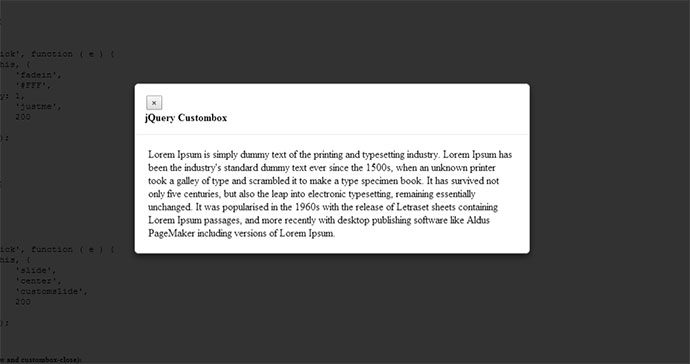 Bootbox.js is a small JavaScript library which allows you to create programmatic dialog boxes using Bootstrap modals, without having to worry about creating, managing or removing any of the required DOM elements or JS event handlers. Here’s the simplest possible example:

A set of experimental modal window appearance effects with CSS transitions and animations.