Here are 10 Generators & Tools To Create Modern CSS Buttons that will save you time and effort in creating that perfect CSS button for your site.

CSS Button Generator is an online tool that allows you to create beautiful and stylish CSS buttons in seconds.

This button set consists of some simple, creative and subtle styles and effects to inspire you. The effects can be seen when hovering on some buttons and clicking on others. Mostly, CSS transitions are used but also CSS animations and for some buttons we use a bit of JavaScript to add/remove effect classes.

This is an extension to the Twitter Bootstrap framework. It makes creating pretty buttons easy.

If you have yet to give Sass a try, don’t worry, this is a good place to start. And if you haven’t already read Andrew’s primer on Sass, give it a read for a better understanding of what we’ll be covering and how to get setup with Sass.

A Sass mixin that creates flat buttons with custom icons in variable positions. 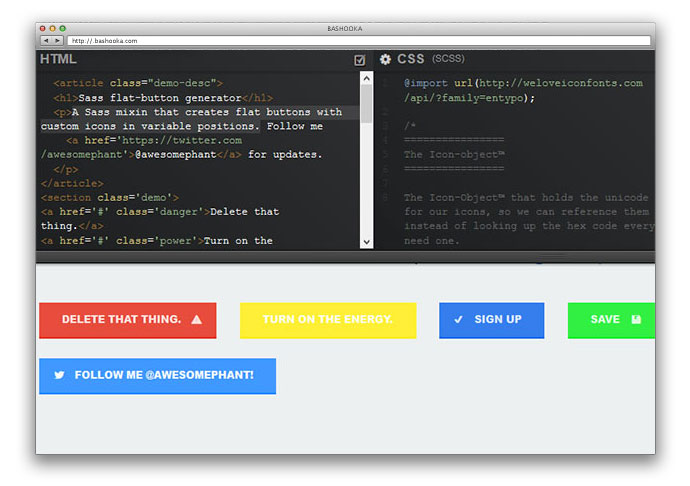 Buttons with built-in loading indicators, effectively bridging the gap between action and feedback.