CSS3 Animations is a powerful technology to push HTML5 applications to a new level. It offers interesting scenarios. Designers could use it to create a new generation of UI screens with smooth & fluid animations without the need of developers. Here are css3 tutorials to create awesome animation, plus with the combination of Javascript.

Slider galleries have been around a long time, but until very recently they have almost exclusively been coded using JavaScript. CSS3 now gives us the ability to create the same effect natively in the browser, without JavaScript or any dependence on frameworks or plugins.

This article follows on from the related article on Animation using CSS Transforms and covers the transition-duration, transition-timing-function and other related CSS3 properties which affect the timing of animations.

Today we’d like to share some loading effects for grid items with you. The idea is to show items in a grid with an animation once they are in the viewport. The possibilities are infinite and we’d like to give you some inspiration. Some of the effects are from the awesome CSS3 scroll effects by Hakim El Hattab and the idea is inspired by the tile animation seen in the Google Plus app.

CSS3 is great. It makes designing websites really fun, easy, fast, efficient and it also enhances the user experience, because you can create some neat stuff without the use of javascript or heavy flash animations. 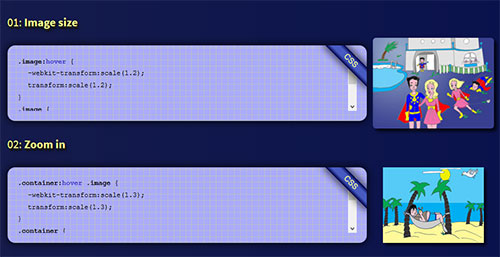 In this tutorial, we’re going to create some slide and push menus using CSS3 transitions. The menus will be hidden off the screen at first, and will transition into view when the “toggle menu” button is pressed.

How to Create Smooth CSS3 Animation Styles and Effects with Ease

With the newest capability of CSS3, transition from one style to another without using JavaScript or Flash becomes possible. It allows elements to change values over a specified duration, animating the property changes instead of having them static and leaving them dead. CSS3 animation styles and effects give your more freedom to create the design you want.

One evolution with CSS3 was the ability to write behaviors for transitions and animations. Front end developers have been asking for the ability to design these interactions within HTML and CSS, without the use of JavaScript or Flash, for years. Now their wish has come true. With CSS3 transitions you have the potential to alter the appearance and behavior of an element whenever a state change occurs, such as when it is hovered over, focused on, active, or targeted. 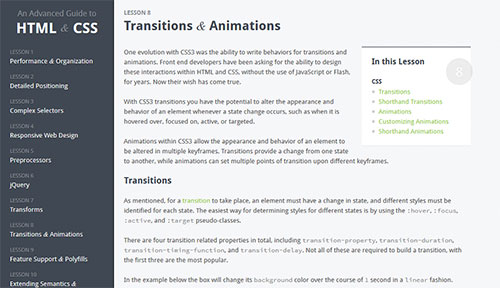 An Introduction To CSS3 Keyframe Animations 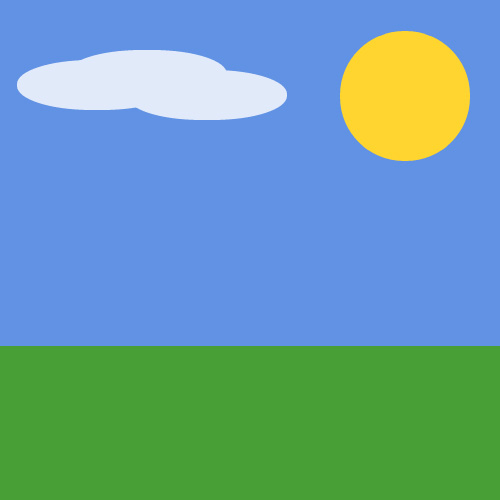 Animation of How CSS Triangles Work

The root of the trick is that borders on elements meet each other at angles. So if one is transparent and the other isn’t, it appears as if the whole shape is a triangle. You can turn “on and off” different borders and use different heights/widths to get different triangle shapes pointing different directions. 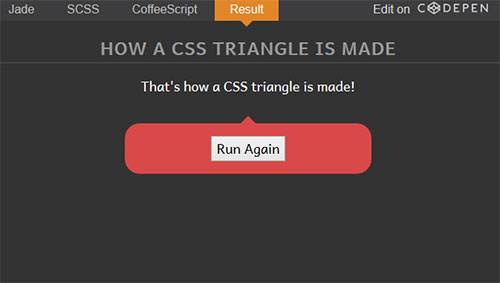 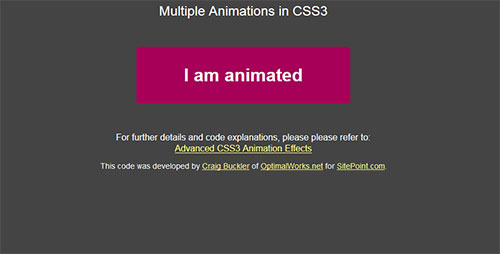 Today I want to show you how to create a fun little typography effect with CSS animations and text shadows. Maybe you know those eerie opening sequences of movie trailers where some text is being faded in on a dark background. After seeing Introducting Briefs (which is not a terror movie trailer but a preview for an interesting app) I got inspired for recreating the effect using CSS. 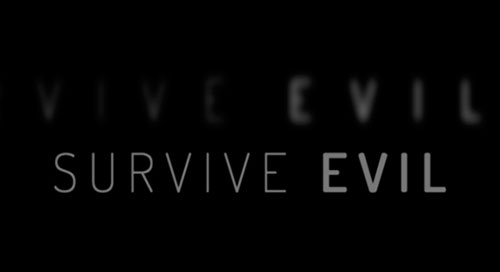 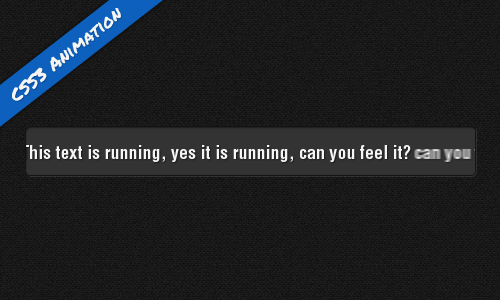 I often come across instances of animations and other effects that look like perfect candidates to be switched to equivalent CSS3-based solution. I recently came across a website called 84Colors, which belongs to a freelance designer named Cristiana Bardeanu.On that site, you’ll notice there are a number of subtle animations that integrate nicely with her overall brand and design. Her animations are done using Flash. I thought it would be fun to grab some of those elements and create a CSS3-based page that mimicked what those Flash-based objects do. 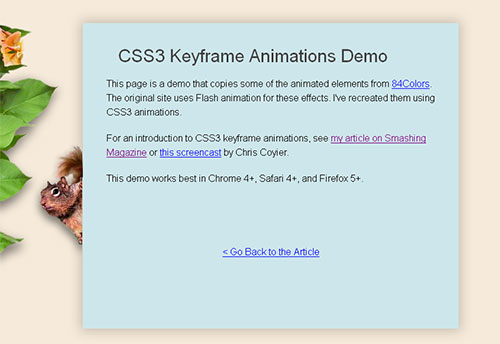 How To Build A Pricing Table With CSS3 Animation

Quite often I’m given a PSD and asked to convert this into HTML/CSS for the graphic designer. I was given a PSD which was a pricing table and realised that there are ways to improve the look of this just by using CSS. When I put this suggestion forward to the graphic designer they said no and want to me to just make the table and everything else was going to be images.

Who hasn’t experienced the site with the endlessly spinning logo? Who hasn’t been driven to distraction by that industrious little construction worker toiling away behind an “Under Construction” sign? It raises an obvious question: Is it possible to use animation without introducing these mind-torturing loops? 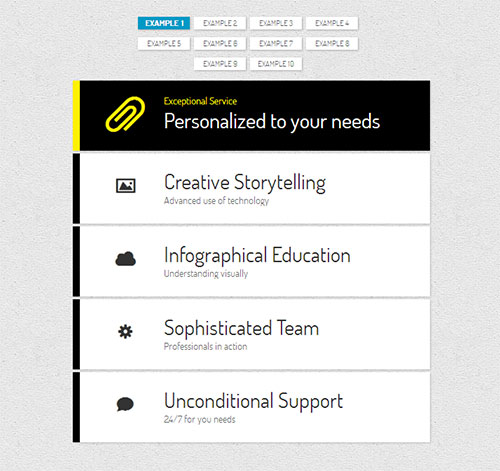 Despite my initial reservations over whether animations should be defined in CSS, I have to admit they’re very useful, faster and slicker than equivalent effects in JavaScript. Building great animations isn’t easy, though — it involves a lot of patience, trial, error, testing and vendor-prefix shenanigans.

In today’s post, we’ll be taking a look at how you can use CSS3 transitions to power your application’s animations with jQuery’s .animate() method as a fallback where transitions aren’t supported. The benefit of transitions is that unlike JavaScript based animations, they’re hardware accelerated in certain browsers and mobile devices, resulting in a potentially smoother overall animation than you would normally experience. 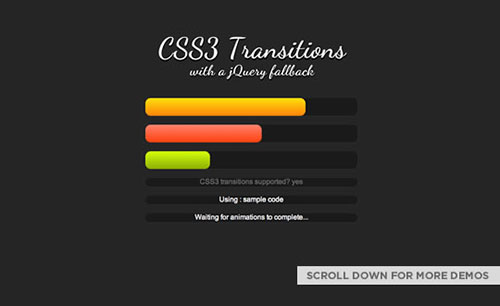 Today’s HTML5 applications can provide awesome experiences thanks to the new CSS3 specifications. One of them is CSS3 Animations. It can help you building rich animations on HTML elements. This can provide interesting feedbacks to the users and enables fast & fluid UIs. As those new animations are most of the time hardware accelerated by the GPU, they definitely raise the quality bar of the new generation of HTML5 applications. 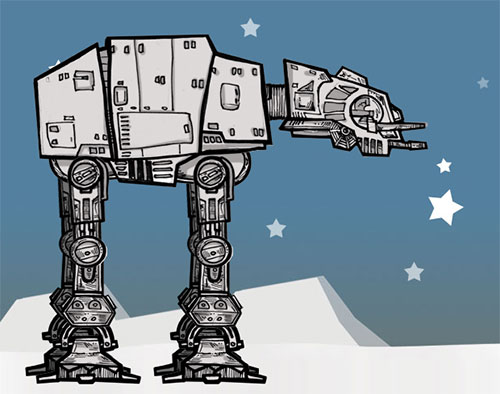 Create a CSS3 Image Gallery with a 3D Lightbox Animation

For the most part, the CSS3 tutorials and examples out there are a little dull. Of course there are some really great examples out there such as Benjamin de Cock’s CSS Playground but most others consist of a drop-shadow here and a few rounded corners there and nothing more. It’s time to start doing something more inspirational and useful at the same time. 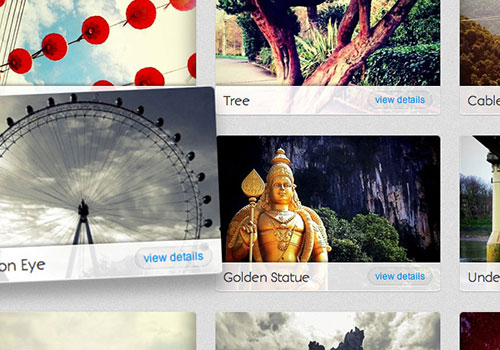 There’s some seriously cool transform and animation effects available through the webkit engine that can really spice up the web experiences for users with the Safari browser. Here’s a quick look at how the rotateY property can produce a flip effect, and how it can be used to create a super cool Transformers themed top trumps design. 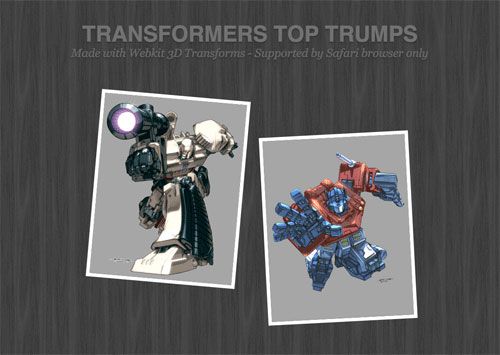 Still hyped by the possibilities of CSS3, I want to share some CSS3 button experiments with you. The idea is to create some animated link elements with different styles, hover effects and active states. 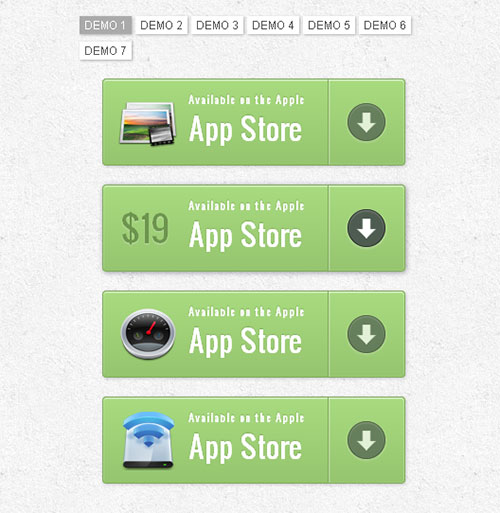 In this article we are going to look at media queries, have a code snippet you can use to start your media queries and show how you can combine CSS transition with the media queries to show an animated change to your elements. 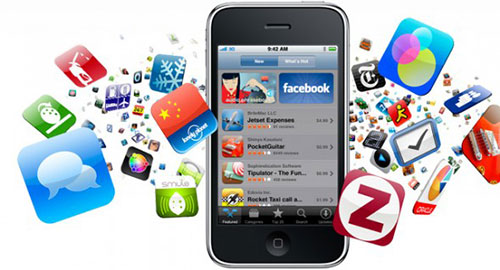 A couple of days ago, somebody tweeted a great looking CSS3 example. I was absolutely stunned by the example And all that Malarkey created and was wondering how he was able to produce that kind of effect. I knew about the CSS3 transition property, but how to create that 3d effect? 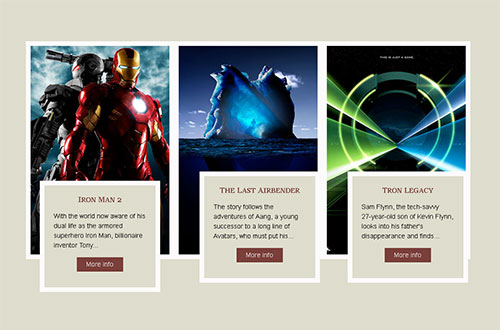