A responsive framework is becoming a necessity for developers these days, allowing us to get a basic site structure in place with responsive design supported from the start. So here are some CSS grid frameworks that will save lot of time and help you to create a responsive layout with ease. 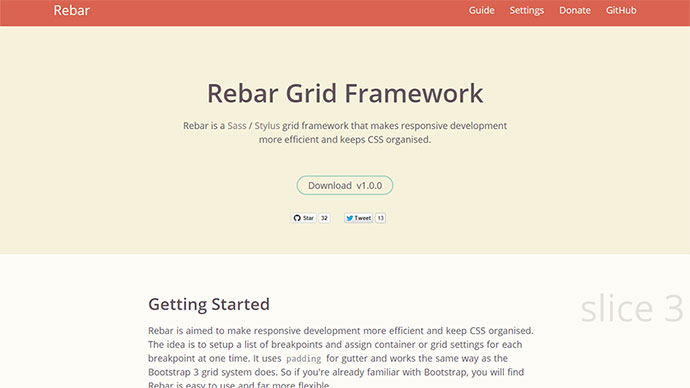 A CSS grid framework built on SASS to provide an automatic responsive grid for web developers with flexibility for manual control when needed. This grid is a float and padding-based grid, meaning that it works by using floats to create rows and padding to create the gutters between columns instead of margin.

Flexbox Grid is a new lightweight grid system based on the flex display property.

Simple Grid was created for developers who need a barebones grid. Simple Grid works well with 1140px layouts but easily adapts to any size of layout. With fluid columns, Simple Grid is responsive down to mobile.

Jeet allows you to express your page grid the same way a human would describe it. No more needlessly nesting elements. No more rigid twelve column rules. Enjoy building faster with less code, and more flexibility with Jeet.

The web is a responsive place, from your lithe & lively development process to your end-user’s super-tablet-multi-magic-lap-phone. You need grids that are powerful yet custom, reliable yet responsive.

Bijou is a lightweight and easy CSS framework for quickly and easily creating your own styles of grid layout, typography, tables, buttons and more.