Here are 10 jQuery text animation effect plugins that will take just about any HTML element (pictures, video, text) within a webpage and animate it.

It would be virtually impossible to create complex text animations only with css transitions. With CoolText you can do it with a few lines of javascript or html attributes. It comes with 300 ready-to-use animations and with a tool that let you create your animation packs. 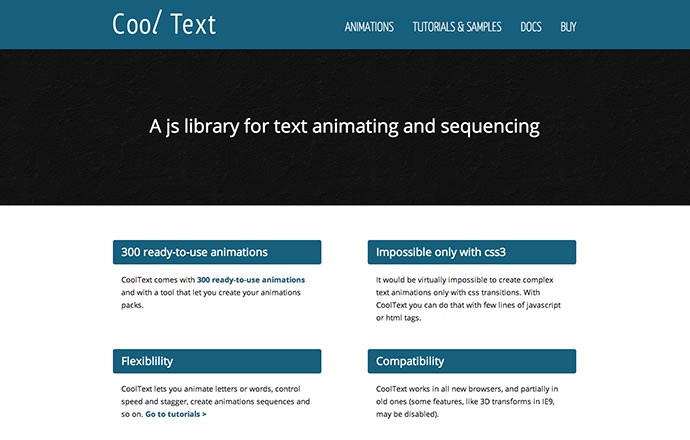 While CSS3 allows us to rotate letters, it is quite complicated to arrange each letter along a curved path. Arctext.js is a jQuery plugin that let’s you do exactly that. Based on Lettering.js, it calculates the right rotation of each letter and distributes the letters equally across the imaginary arc of the given radius. 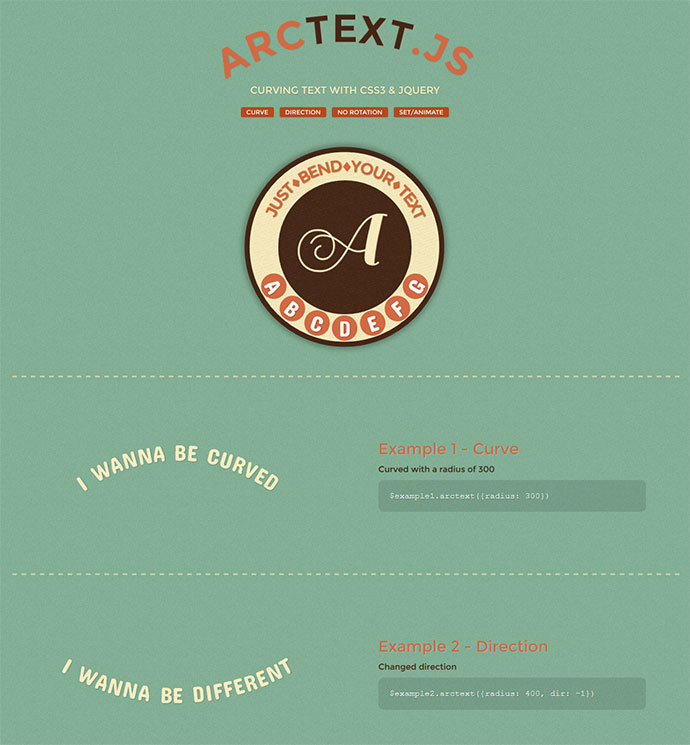 A light weight jQuery plugin that will allow you to add a super simple rotating text to your website with little to no markup Created by Pete R.

Textillate.js combines some awesome libraries to provide a ease-to-use plugin for applying CSS3 animations to any text.

In this short tutorial we will be making a jQuery plugin that will shuffle the text content of any DOM element – an interesting effect that can be used in headings, logos and slideshows. 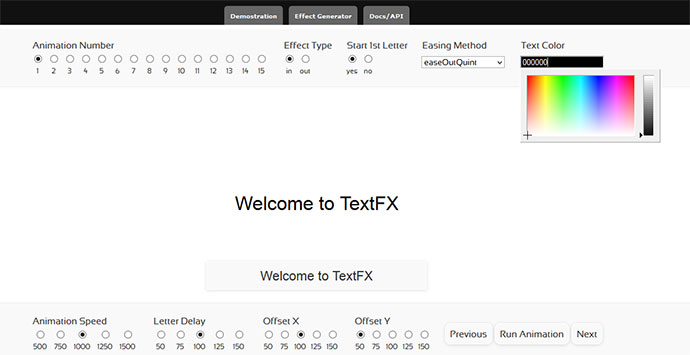 Circletype.js is a tiny (2.7kb) jQuery plugin that lets you set type on a circle.

This is a text neon golden effect jQuery plugin. 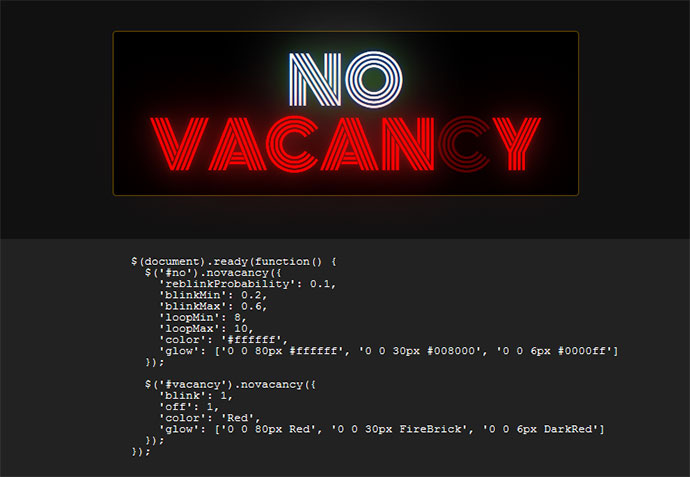 Text Effects is a sci-fi style awesome effect made with jQuery. As a jQuery plugin, you can simply implement the effect on your website with only one line of script.

jQuery Burn is a plugin which adds a flame-like effect to text using multiple text-shadows, animated by repeatedly changing their horizontal offsets.

The effect can be somewhat CPU intensive (especially for older computers), so use it sparingly. It can be stopped and restarted dynamically, colored, stretched, offset, sped up and slowed down. The flame motion is simulated with a simple wave equation solution. 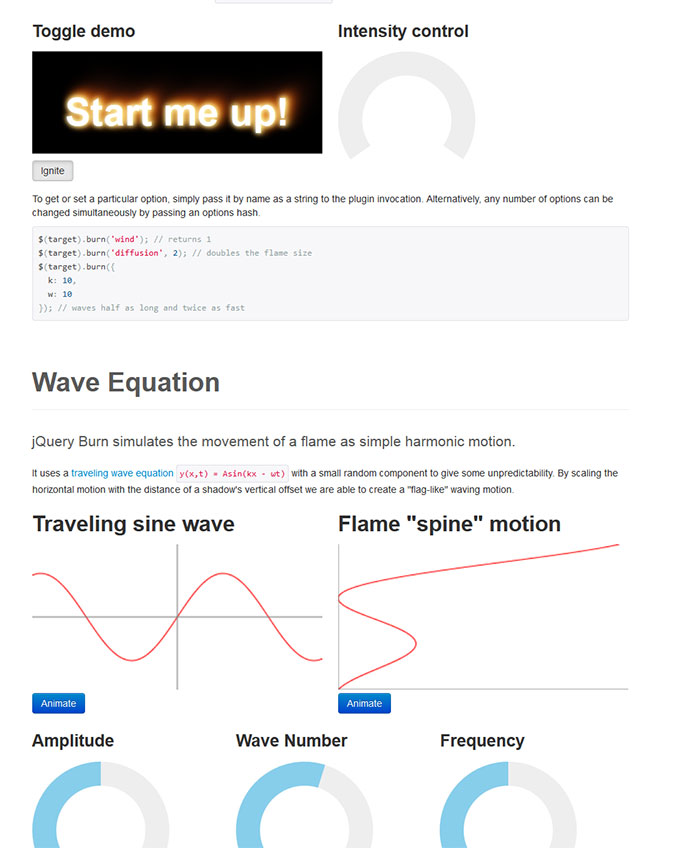 Textualizer is a jQuery plugin that lets you transition through blurbs of text. 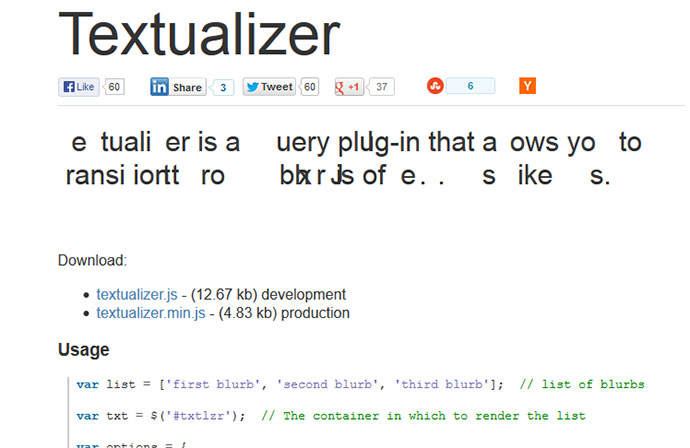