Here are some great tutorials from the professional designers and developers that may be useful for you to create navigation menu using CSS3. 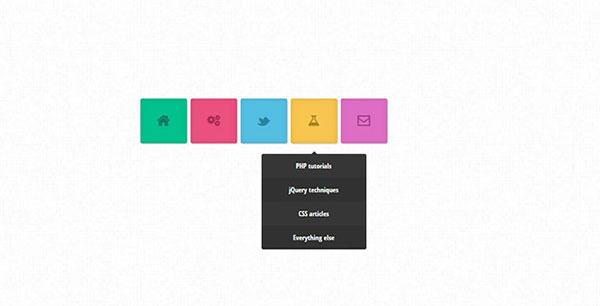 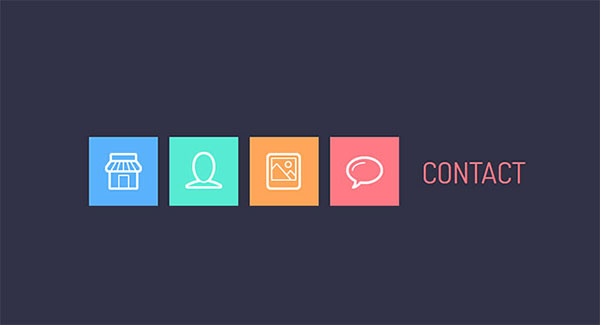 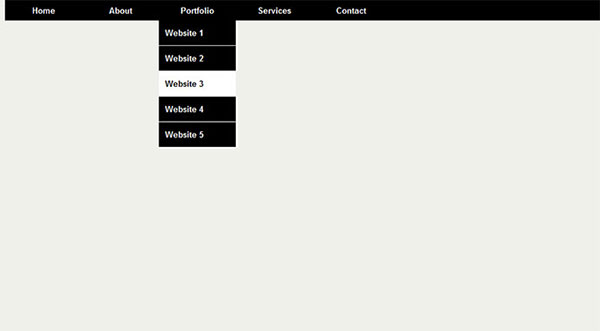 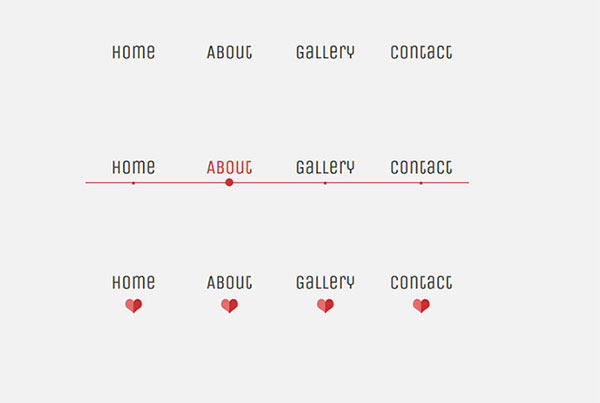 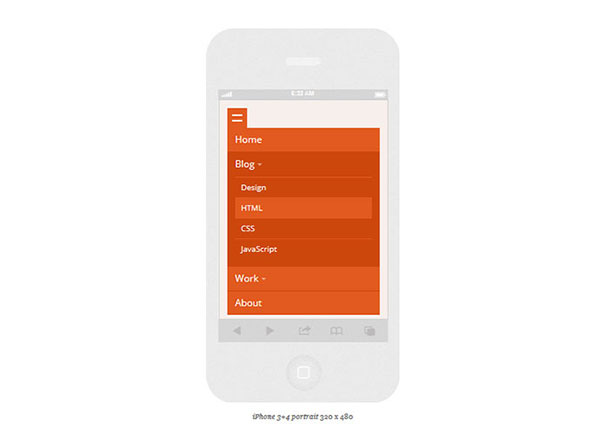 Tutorial How to Create a CSS3 Mega Drop-Down Menu → 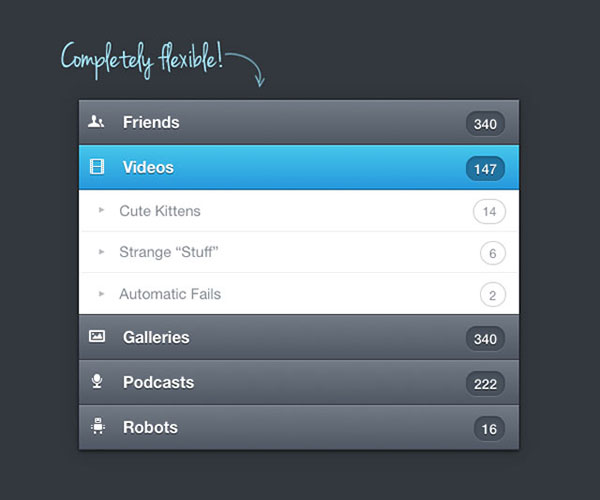 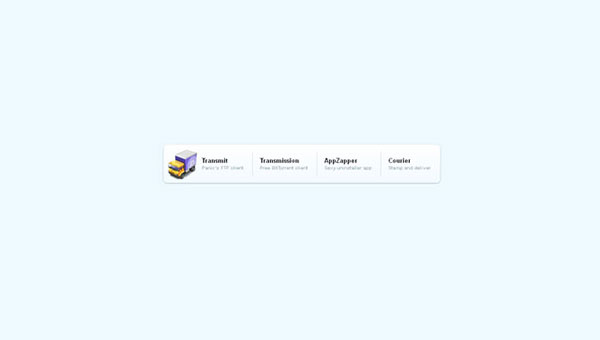 How to Create a CSS3 Tabbed Navigation

Hiya folks! Today we’re going to have fun creating a CSS3 Tabbed Navigation. In this tut we’re going to be creating the darkwash jean version out of the many different themes available for these awesome tabs just because… #1 we can and #2, there is more styling involved and I can show you more neat tricks with CSS3 than with the other styles. If you prefer, there are much simpler themes in the source files so feel free to follow along with those as the structure is pretty much the same.

Tutorial How to Create a CSS3 Tabbed Navigation →

Today we want to show you how to create a beautiful hover effect for an image navigation using CSS3. The idea is to expand a circular navigation with an arrow and make a bubble with a thumbnail appear. In our example we will be showing the thumbnail of the next and previous slider image on hovering the arrows. The effect is done with CSS3 transitions. 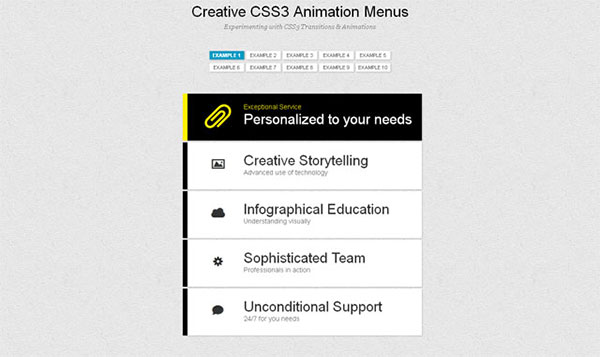 While I was coding the Notepad theme, I’ve learned some new CSS3 features and now I would like to share it with you. View the demo to see a Mac-like multi-level dropdown menu that I’ve created using border-radius, box-shadow, and text-shadow. It renders perfect on Firefox, Safari and Chrome. The dropdown also works on non-CSS3 compitable browsers such as IE7+, but the rounded corners and shadow will not be rendered.

I think that you have already seen animated menus with LavaLamp effect (based on jQuery plugin). Today I would like you to tell how to repeat same behavior only with CSS3 (without any javascript). I have to use CSS3 transitions in our menu (to animate elements). So, if you are ready, lets start.

How to Build a Kick-Butt CSS3 Mega Drop-Down Menu

Often used on e-commerce or large scale websites, mega menus are becoming more and more popular, as they offer an effective solution to displaying a lot of content while keeping a clean layout. In this tutorial, we’ll learn how to build a cross-browser, awesome CSS-only drop-down mega menu, using nice CSS3 features. 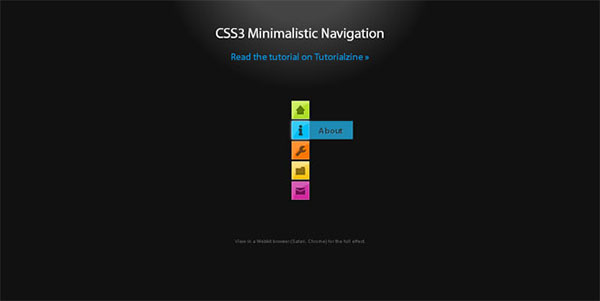 As you have probably heard by now, CSS3 animations are a powerful tool, which enables you to create animations which run without the need of applying additional scripting to the page. What is even better, in the next generation of browsers we will have even more powerful tools, including 3D transformations (already present in Safari).

But what difference does it make for us today? At the moment only three browsers give you the ability to animate CSS properties – Chrome, Safari and Opera, which together take up only a small part of the browser market. Firefox is expected to soon join the club, and with the impending release of IE9, it suddenly makes sense to start leveraging this technique.

So today we are making something practical – a simple CSS3 animated navigation menu, which degrades gracefully in older browsers and is future-proofed to work with the next generation of browsers. 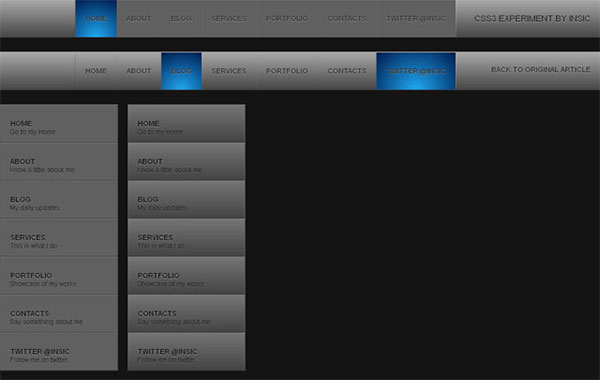 In this article I am trying to mimic the navigation menu in Dragon Interactive website using only CSS (no images, no JavaScript).

Note: This is an experimental example using the new features of CSS3. The effects can be seen in Latest Webkit Browser only. Gradients works in Firefox 3.6 but not the fade-in and fade-out transition.

How to Create a CSS3 Wheel Menu

There’s no better way to learn CSS3 than to get your hands dirty on an actual project and that’s exactly what we’re going to do. I’m going to teach you how to create an awesome, layered CSS3 wheel menu using a few beginner to advanced CSS techniques. So break out your favorite text editor or IDE and let’s get started on some CSS3 magic!

Tutorial How to Create a CSS3 Wheel Menu →

Convert a Menu to a Dropdown for Small Screens 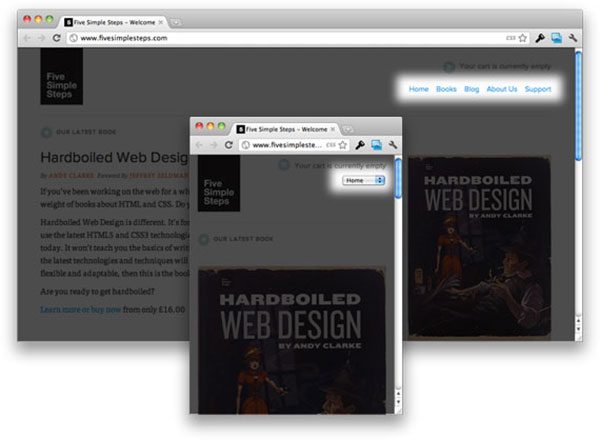 The Five Simple Steps website has a responsive design with a neat feature. When the browser window is narrow, the menu in the upper right converts from a regular row of links into a dropdown menu.

When you’re on a small screen (iPhone shown here) and click the dropdown, you get an interface to select an option where each option is nice and big and easy to choose.

Tutorial Convert a Menu to a Dropdown for Small Screens →

One of the most common elements when talking about a website or an application design is definitely the menu navigation. No matter if vertical or horizontal, simple or complex, a menu is essential and it has to look that way.