Web browsing is moving towards visual and virtual reality environments, but challenges for user engagement remain. Interactive 360 degree video and image can offer a new way for creating customized VR experiences for branding and entertainment. So if you are looking for easy way to embed 360 degree image and video on your site, here are 10 Best 360 Degree Image & Video Javascript Plugins. 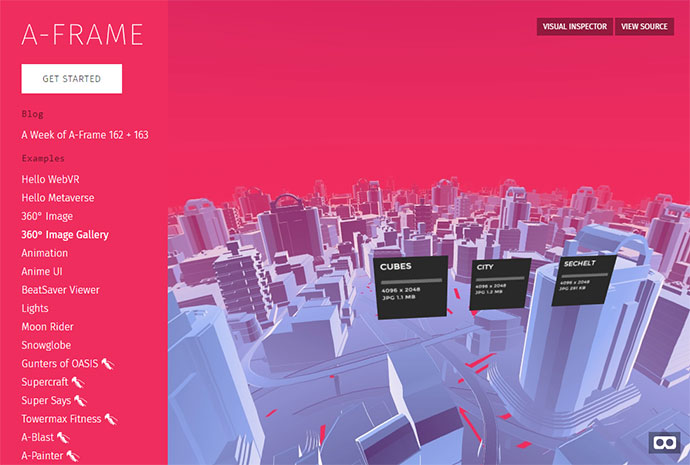 Panolens.js is an event-driven and WebGL based panorama viewer. Lightweight and flexible. It’s built on top of Three.JS. 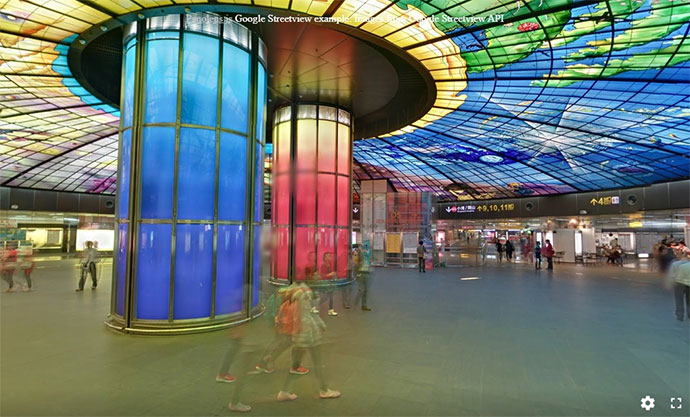 Pannellum is a lightweight, free, and open source panorama viewer for the web. Built using HTML5, CSS3, JavaScript, and WebGL, it is plug-in free. It can be deployed easily as a single file, just 21kB gzipped, and then embedded into pages as an iframe. A configuration utility is included to generate the required code for embedding. An API is included for more advanced integrations. 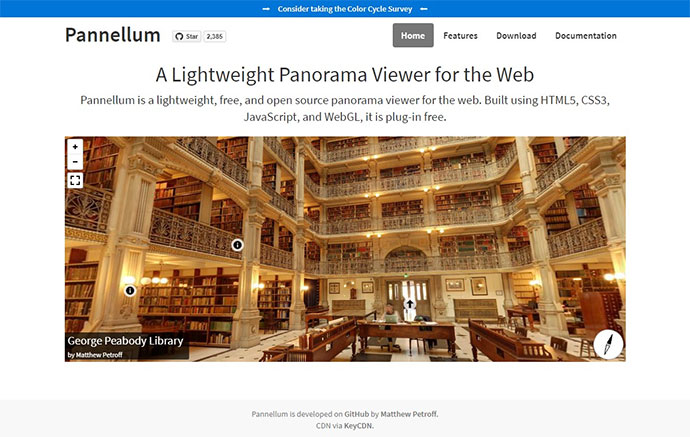 egjs-view360 is a 360 integrated viewing solution from inside-out view to outside-in view. It provides user-friendly service by rotating 360 degrees through various user interaction such as motion sensor and touch. 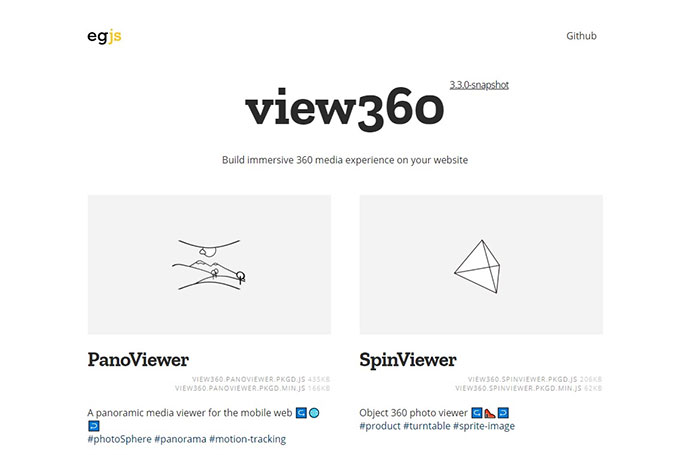 A simple, interactive resource that can be used to provide a virtual tour of your product. 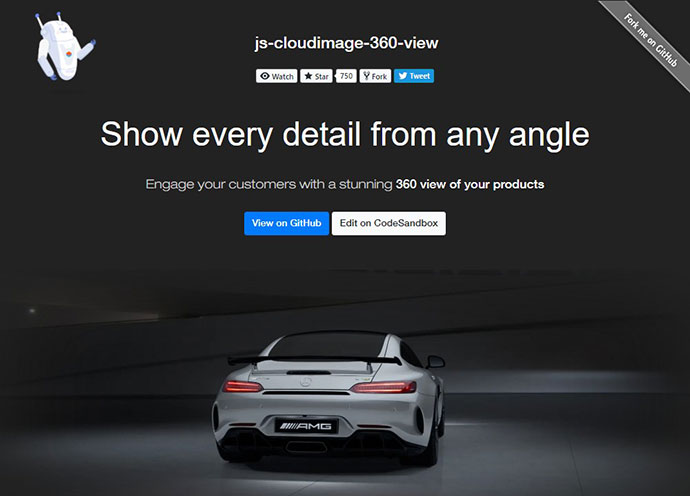 React 360 is a framework for the creation of interactive 360 experiences that run in your web browser. It pairs modern APIs like WebGL and WebVR with the declarative power of React, producing applications that can be consumed through a variety of devices. Leveraging web technologies and the existing React ecosystem, React 360 aims to simplify the construction of cross-platform 360 experiences. 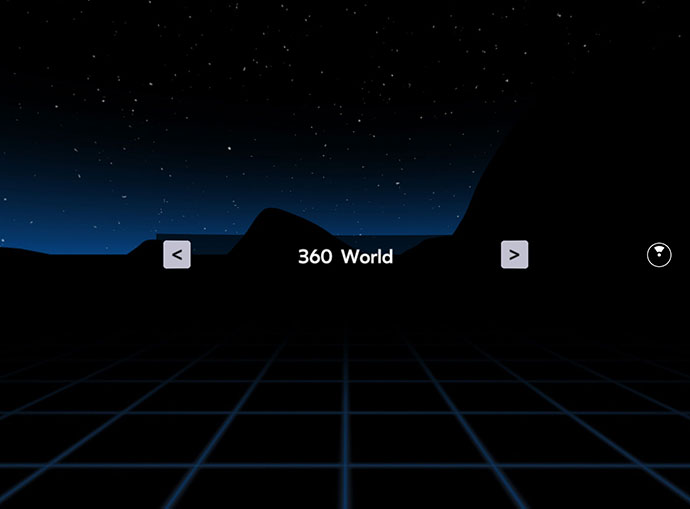 The aim of this project is to provide a free, minimalist 360 degree video WebGL player for modern browsers. It is implemented as a jQuery plugin, with a limited interface for controlling video playback, and mouse/scrollwheel controls for zooming and panning.

This is a jQuery plugin to create 360 degree product image slider. The plugin is full customizable with number of options provided. The plugin have the power to display images in any angle 360 degrees. This feature can be used successfully in many use cases e.g. on an e-commerce site to help customers look products in detail, from any angle they desire.

This is an established and the most versatile three-sixty player for jQuery. Teaches your ordinary image tag some new tricks turning it into a gorgeous interactive 360 degree object movie, panorama or stop-motion animation.

This is a responsive javascript plugin for displaying 360 degree virtual tours directly in the Browser. Now there is no need to segregate the 6 side of panoramic photo.

It’s a a rich-feature and unique tool with a fully responsive layout which allows to display a large number of images from different angles of a 2D or 3D product offering control over the layout in the way that pleases you most, allowing the user to rotate, pan or zoom the images. It is mobile optimized running great on iOS (iPad,iPhone), Android and Windows mobile and desktop mobile devices and of course it works on every modern browser and older browsers like IE7 or IE8.

This script transforming your panorama image into a 3D globe. And placed camera inside the core. With your mouse you can move your camera and then watching panorama 3D globe. Also this script has a pointer class which can describe pointed elements.

This scripts helps you to add Virtual 3D Tour to your site.

It’s easy to show any product in 3D of 360 degree rotation. It’s responsive and support all mayor devices and browsers. It is built for both professional ecommerce industry and small online stores.

The tool generates a virtual tour from a set of panoramas and allows you to export it as web application that can be deployed as-is or used as a boilerplate for more advanced projects. Requires Firefox or Chrome. 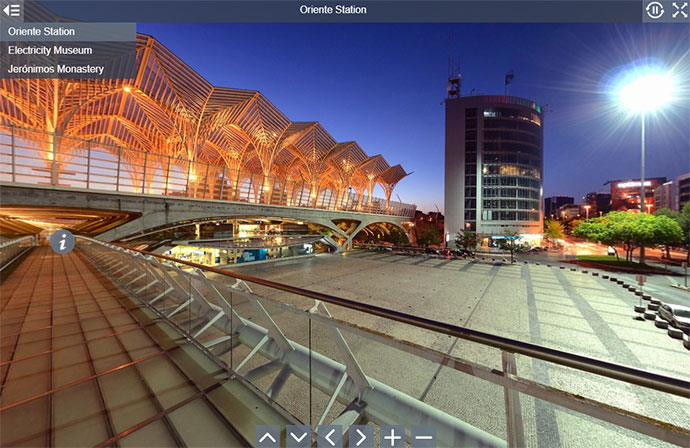 The eleVR player lets you watch 360 flat and stereo video on your Oculus Rift or Android device with VR headset (Cardboard, Durovis Dive, etc.) from a web browser. It is written with js, html5, and webGL. 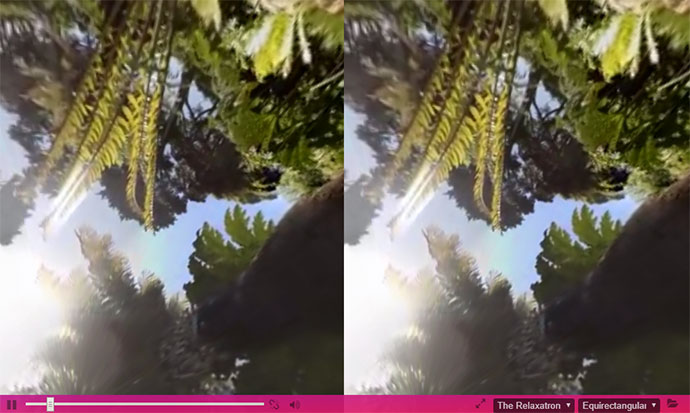