Designing and implementing the UI of an application is an important part of the development process. Writing custom CSS style for each component from scratch can deliver a high level of customization, but also requires a large amount of resources. Sometimes it is better to use the existing UI frameworks. So here are some best UI frameworks based on AngularJS that provide ready to use UI components for the web.

PrimeNG is a collection of rich UI components for AngularJS2. PrimeNG is a sibling of the popular JavaServer Faces Component Suite, PrimeFaces. 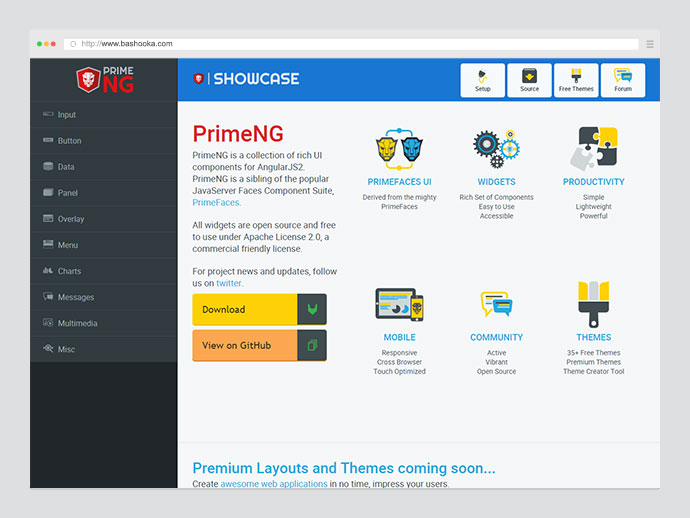 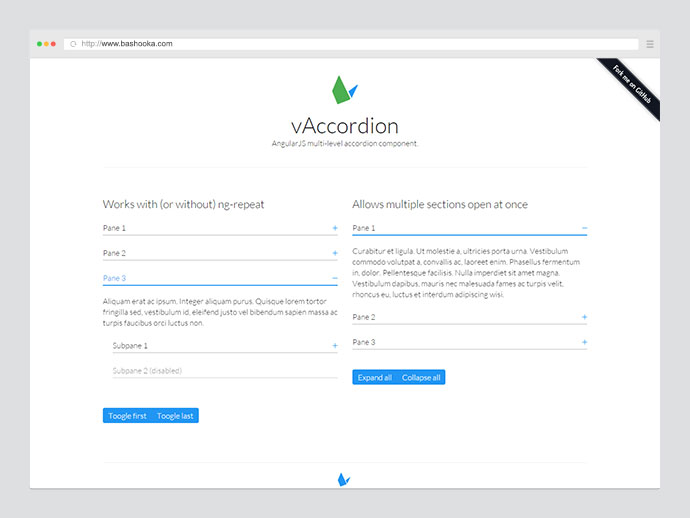 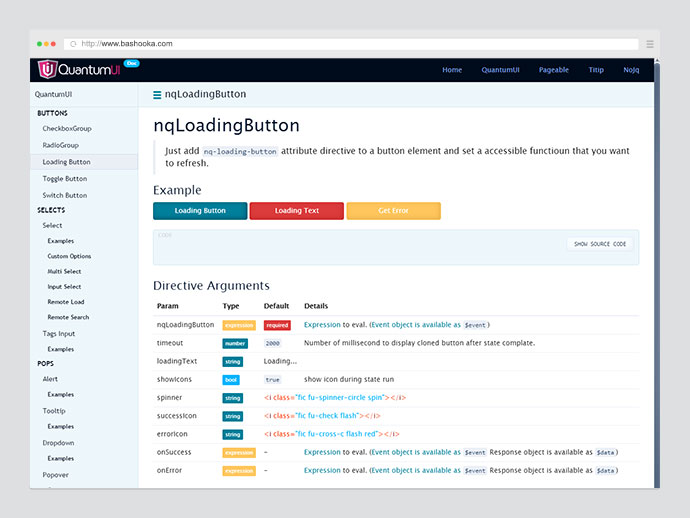 Suave UI is designed for web-applications based on AngularJS. It consists of CSS definitions, directives and services that helps build UI quick and efficiently. 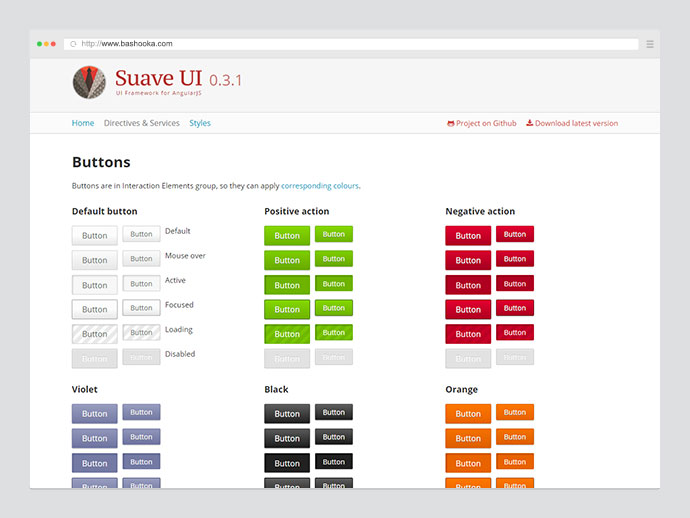 AngularJS version of codrops progress buttons for the use with promises. 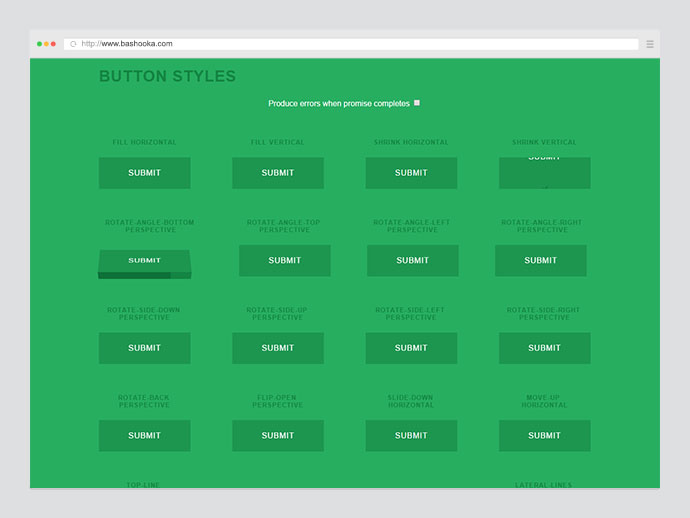 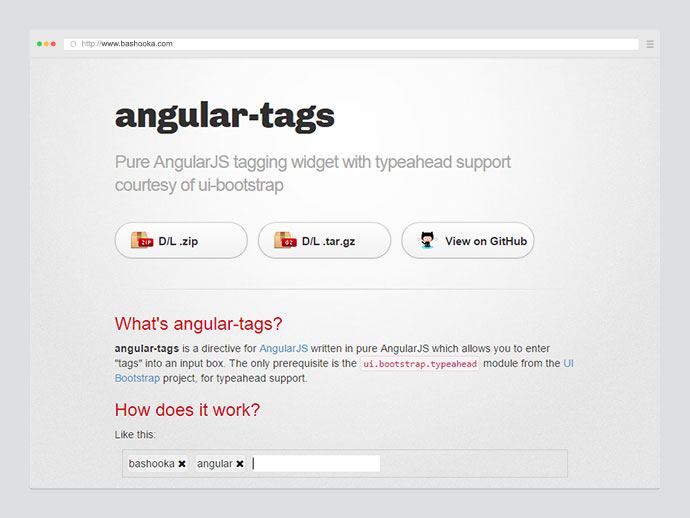 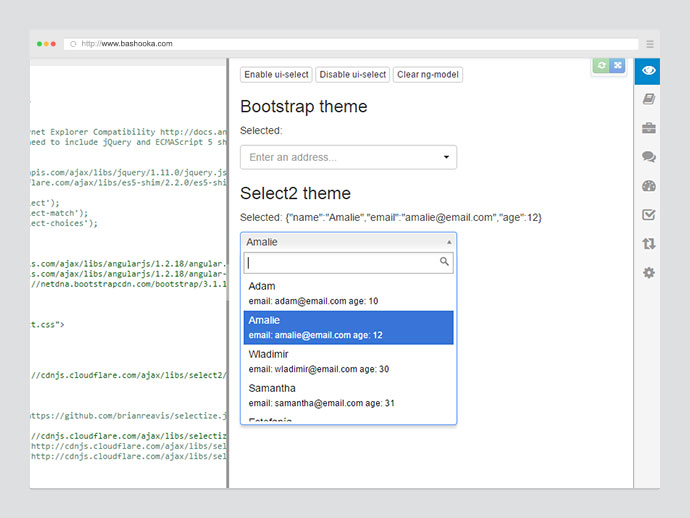 A tree component for AngularJS

Angular UI Tree is an AngularJS UI component that can sort nested lists, provides drag & drop support and doesn’t depend on jQuery. 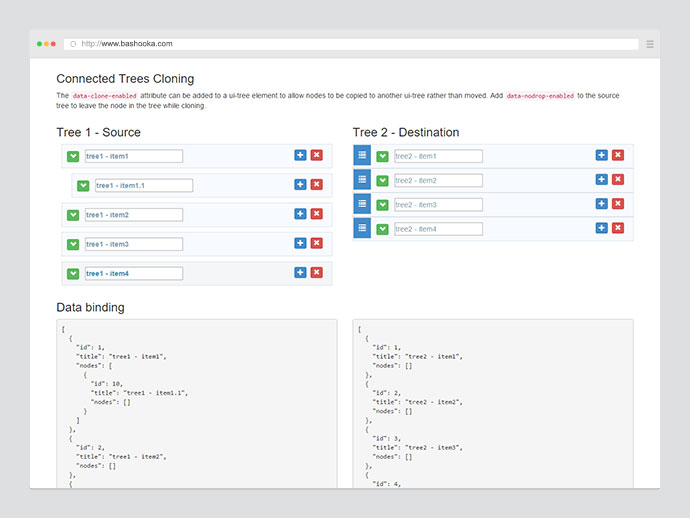 A complete AngularJS directive for the Arshaw FullCalendar. 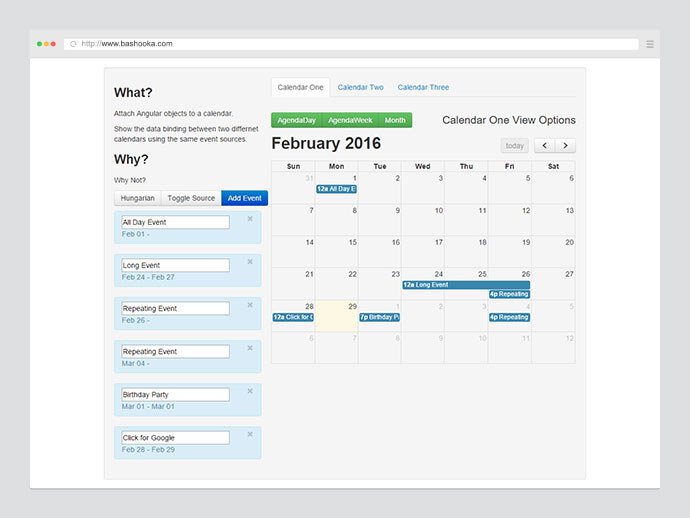 When the lightbox is opened, navigating to the previous/next image can be achieved by clicking buttons above the image, clicking the left/right arrow keys, or swiping to the left/right (optional with ngTouch). The escape key for closing the modal is automatically binded by AngularUI Bootstrap. 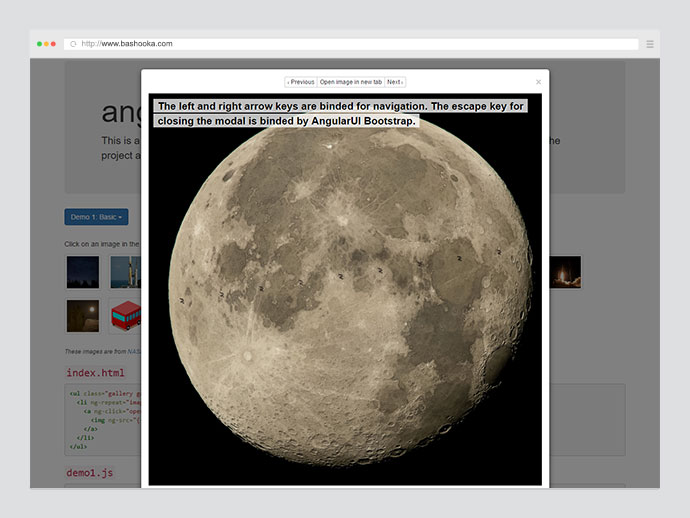 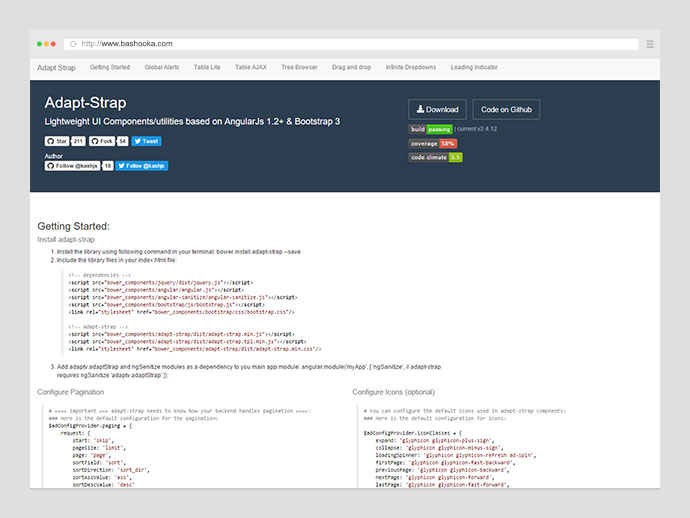 HTML5 mobile UI framework that will let you use Angular Js and Bootstrap 3 for mobile app development. 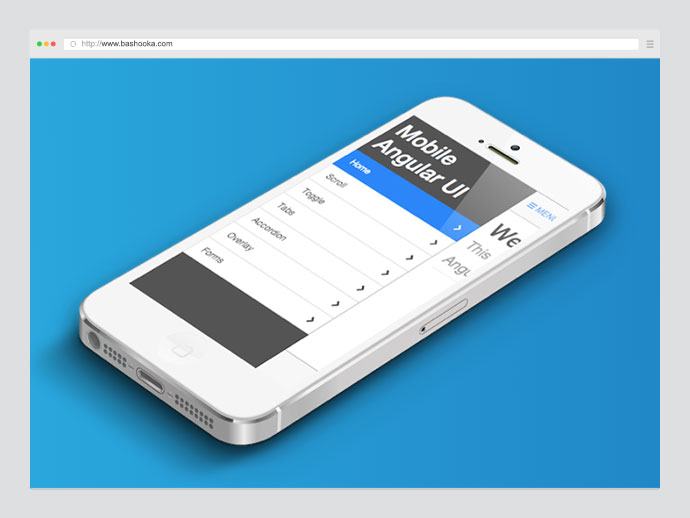 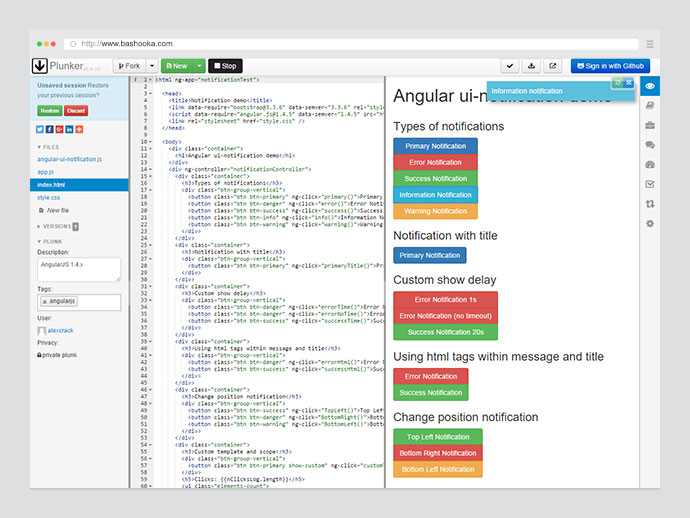 There are a number of date time pickers which works with AngularJs and Bootstrap, but the best I found so far is Angular UI Bootstrap Date Time Picker. 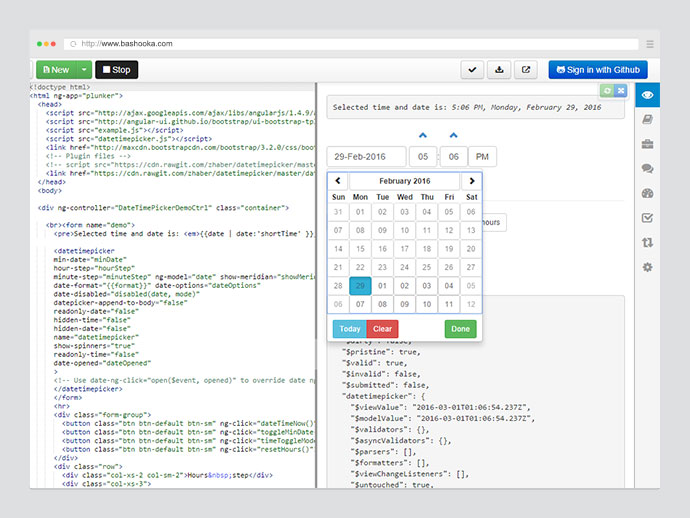 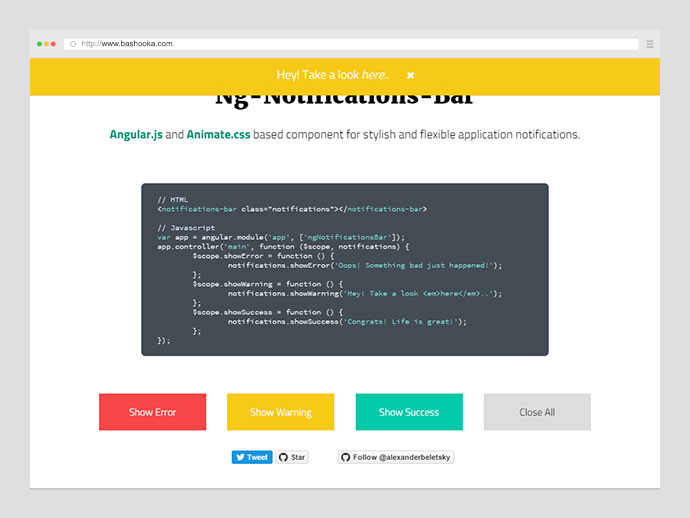 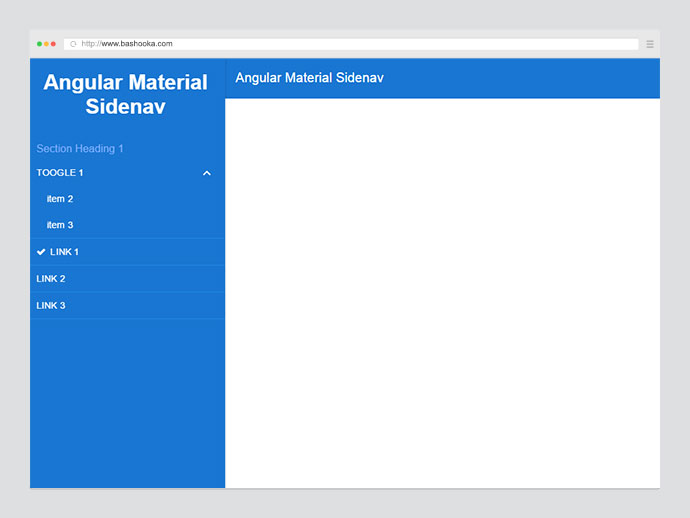 The style is completely Bootstrap because the tree is actually just a Bootstrap “nav” list, with a few changes: Indentation is added, expand/collapse icons are added, and Angular CSS animations are used during expand/collapse. 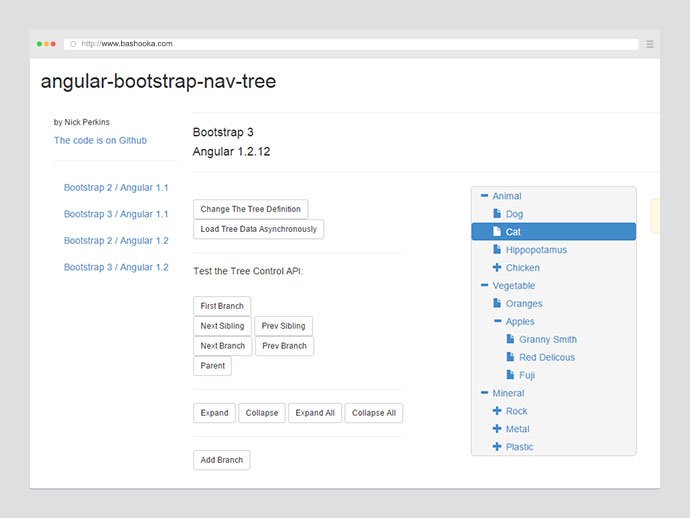 Show busy/loading indicators on any element during $http requests (or any promise). 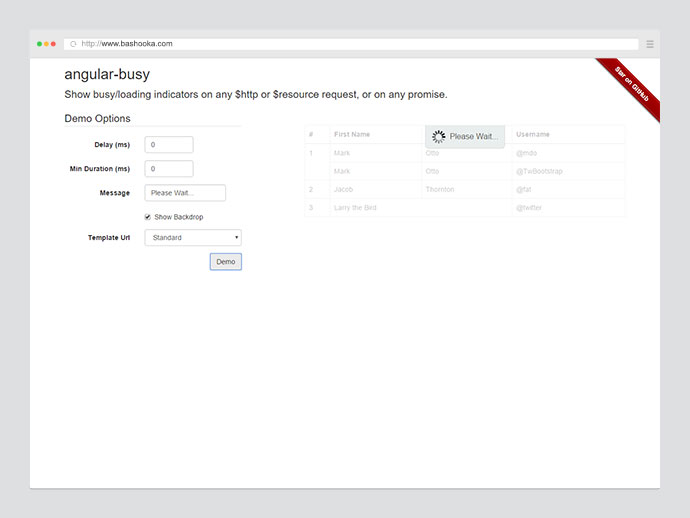 Angular Tooltips is an AngularJS directive that generates a tooltip on your element. 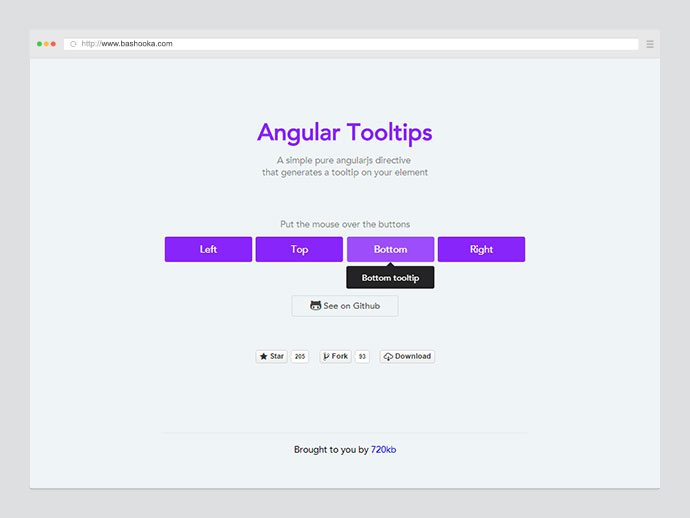 angular-formly is an AngularJS module which has a directive to help customize and render JavaScript/JSON configured forms. The formly-form directive and the formlyConfig service are very powerful and bring unmatched maintainability to your application’s forms. 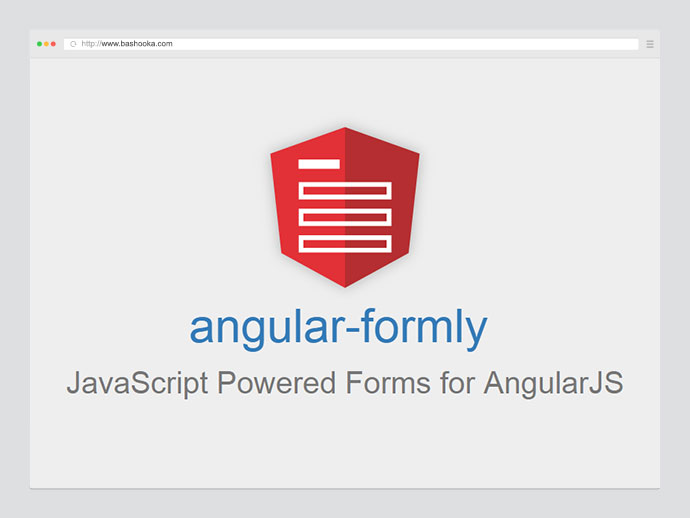 Angular Google Maps is a set of directives (part of angular-ui) written in CoffeeScript and Javascript which integrate Google Maps in an AngularJS applications. 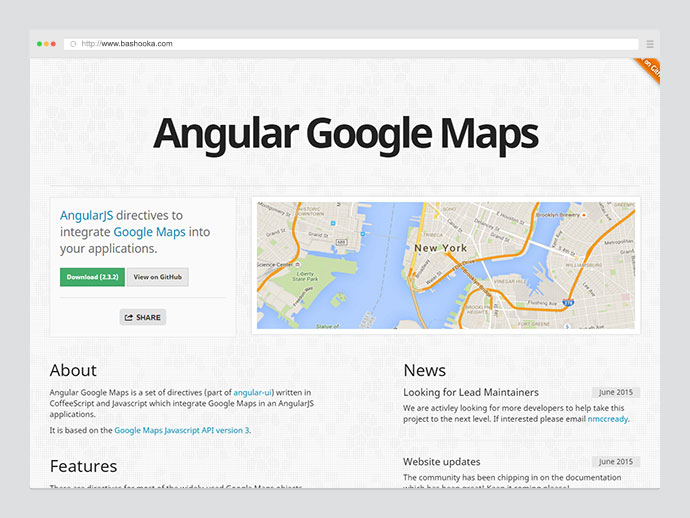 The JavaScript library for modern browsers and touch devices. No jQuery. 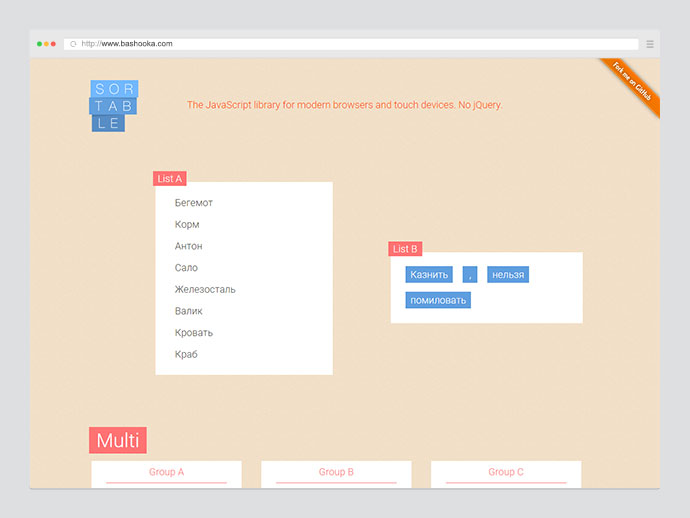 AngularJS directive to use Material Design icons with custom fill-color and size. 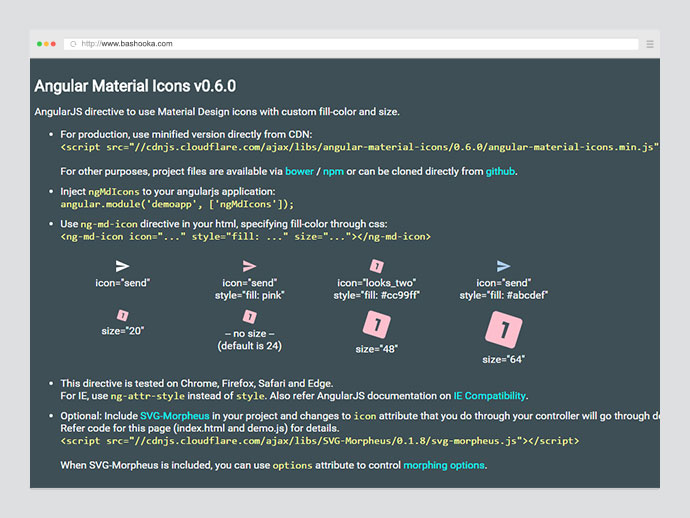 Directives in AngularJS is a powerful way of building reusable UI components. This simple project will serve as a sample/reference implementation demonstrating its flexibilities by making it inter-operable across runtime (AngularJS, plain simple JavaScript & jQuery) 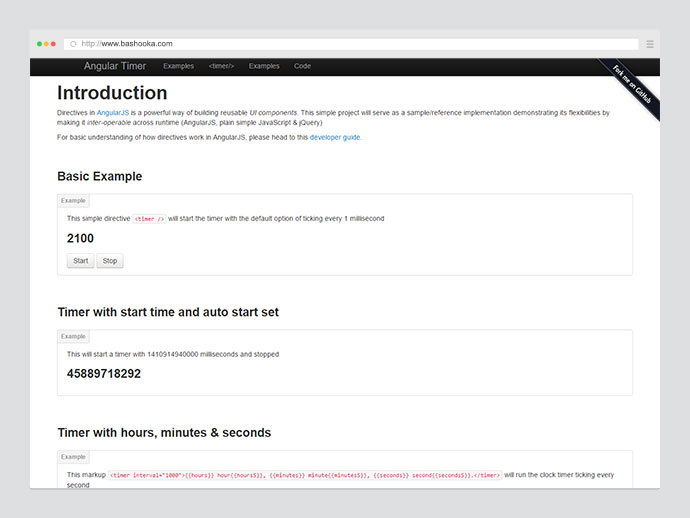 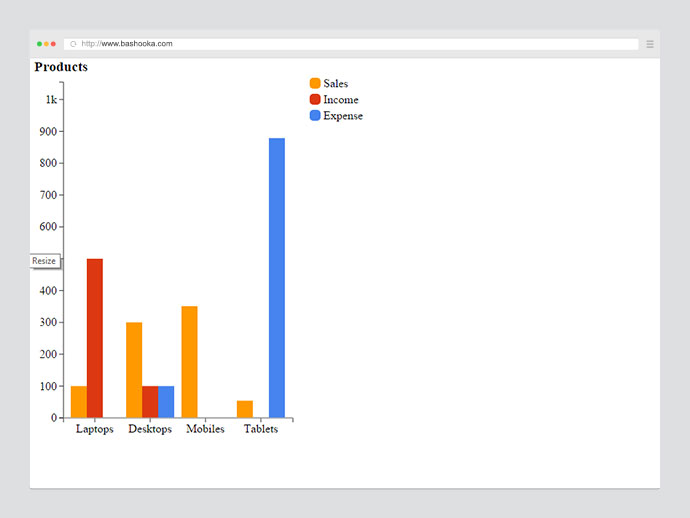