Animations are fundamental to user experience. When it comes to building web and mobile app they have been generally difficult to add. So in this post we`ve collected 20 Useful React Animation Libraries that let you build cool and fun animations for web projects.

A set of simple, spring-physics based primitives (as in building blocks) that should cover most of your UI related animation needs once plain CSS can’t cope any longer. Forget easings, durations, timeouts and so on as you fluidly move data from one state to another. This isn’t meant to solve each and every problem but rather to give you tools flexible enough to confidently cast ideas into moving interfaces. 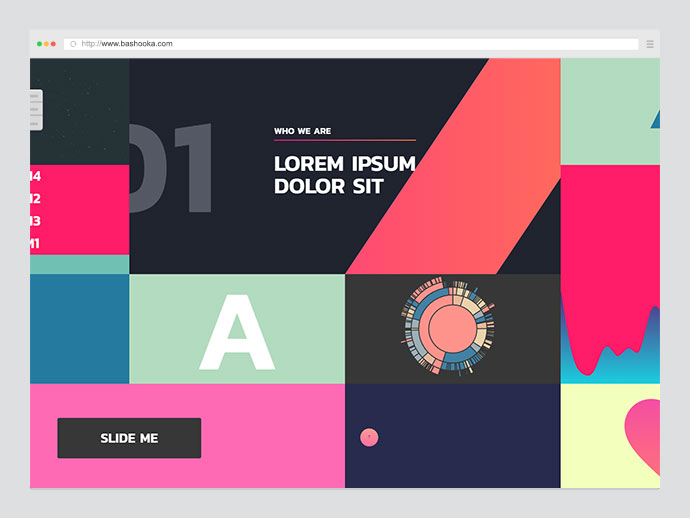 An easy way to perform animations when a React component enters or leaves the DOM. 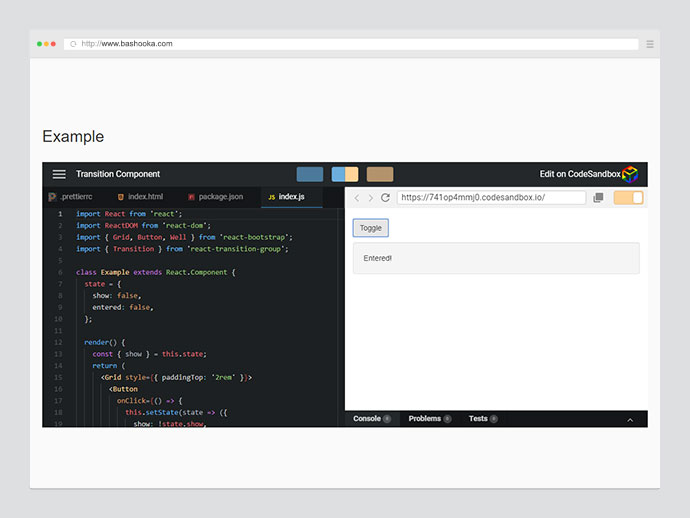 The best way to build animation compositions for React. Design and compose a component to start with, a component to end with, and Flight will take it from there. 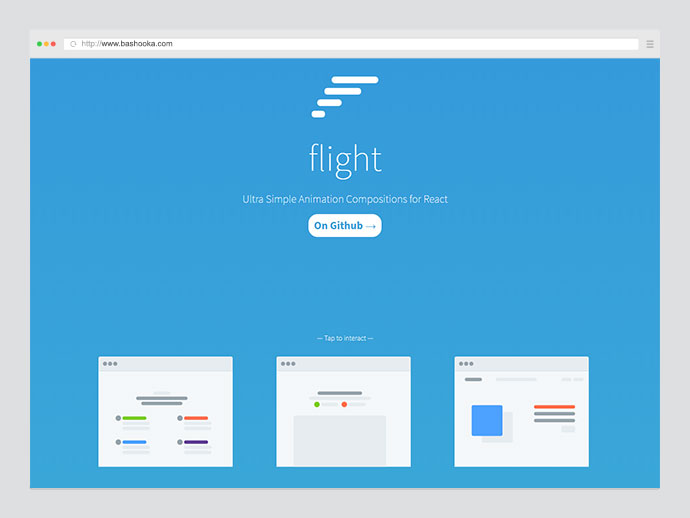 The Pose library is simple to use and very useful. You can use it to create animated and interactive components that you can reuse throughout your React website. 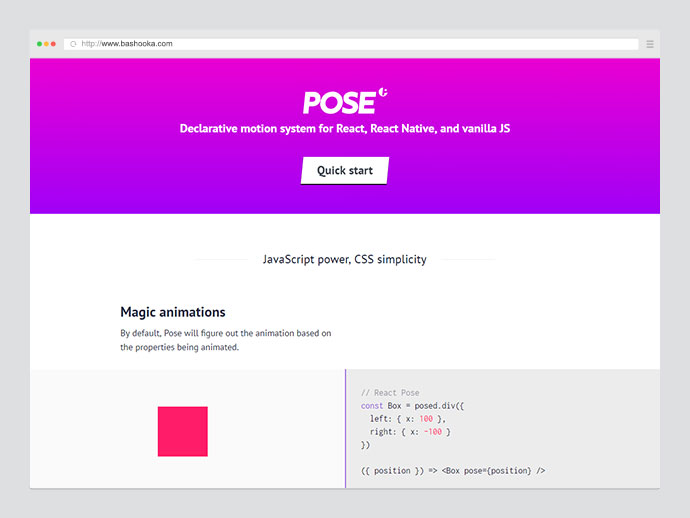 For 95% of use-cases of animating components, we don’t have to resort to using hard-coded easing curves and duration. Set up a stiffness and damping for your UI element, and let the magic of physics take care of the rest. This way, you don’t have to worry about petty situations such as interrupted animation behavior. It also greatly simplifies the API. 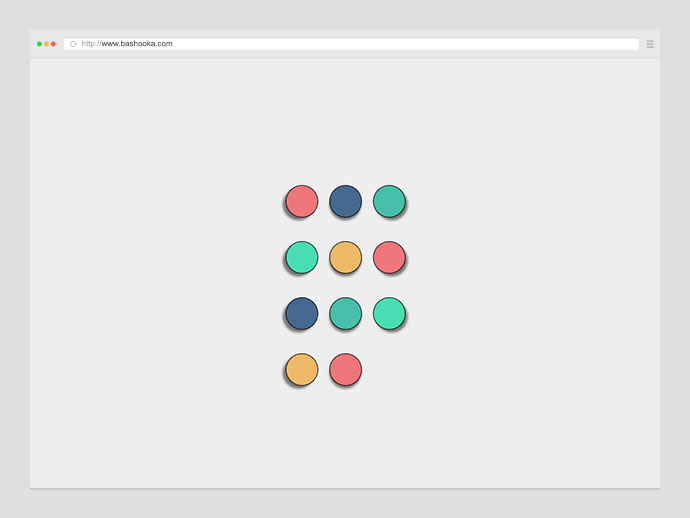 A collection of animations that can be used with any inline style library that supports using objects to define keyframe animations, such as Radium or Aphrodite. React-animations implements all animations from animate.css. 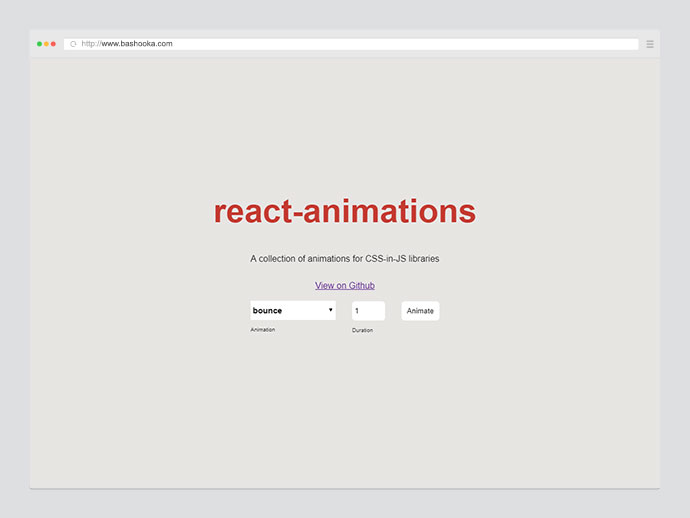 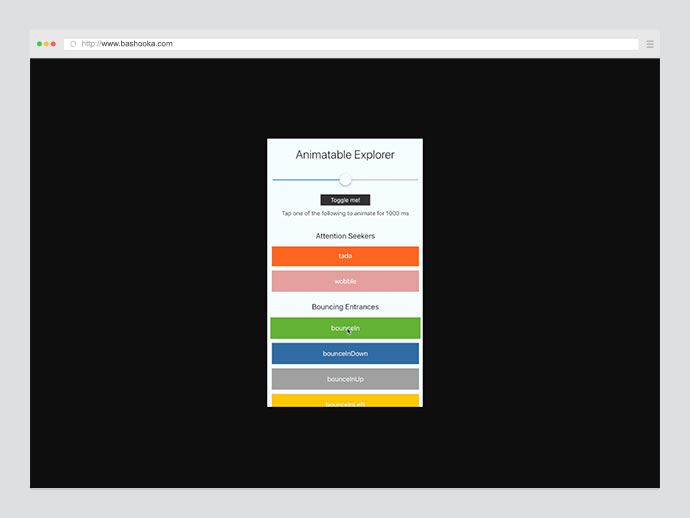 A collection of dialog animations with React.js. 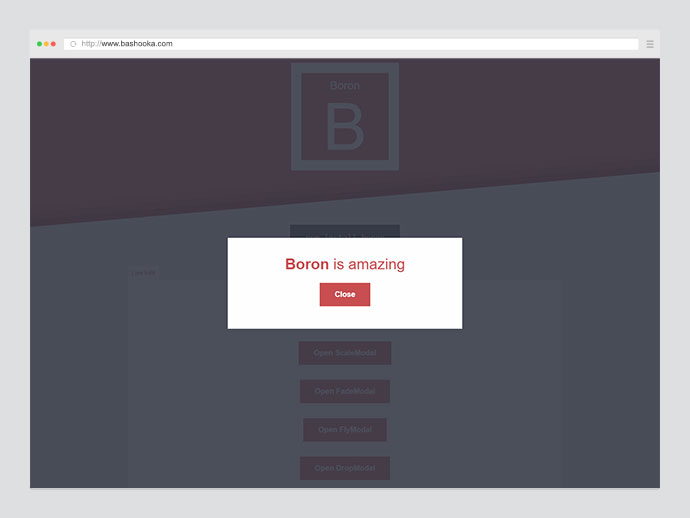 This project aims to implement a simple yet powerful set of constructs for building fluid transitions between elements when navigating with React Navigation. 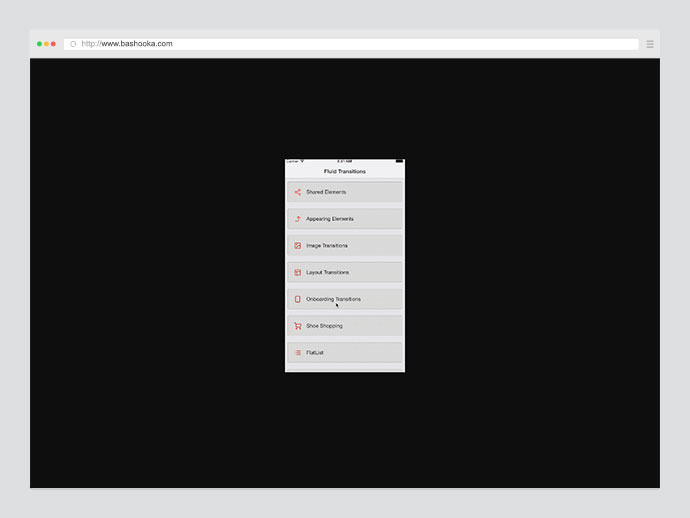 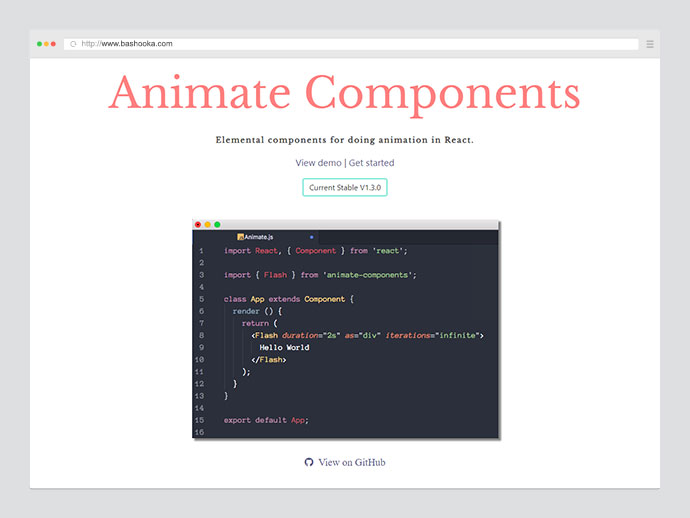 A super easy animation library for React built on top of anime.js. 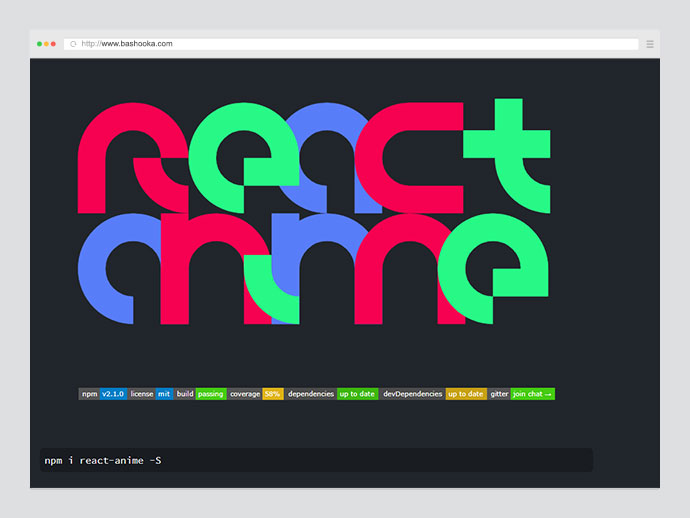 This is an animation framework for React. It’s MIT licensed, has a tiny footprint and written specifically for React in ES6. It can be used to create various cool reveal on scroll animations in your application. If you liked this package, don’t forget to star the Github repository. 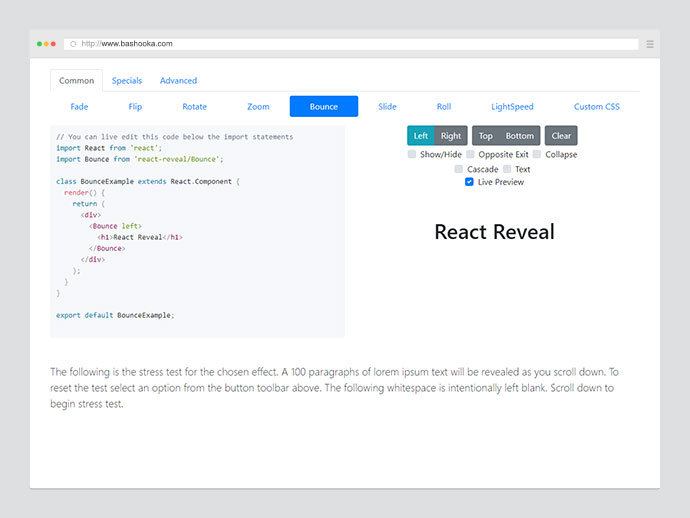 React Component for making typing animations. Wrap Typist around your text or any element tree to animate text inside the tree. Easily stylable and highly configurable. 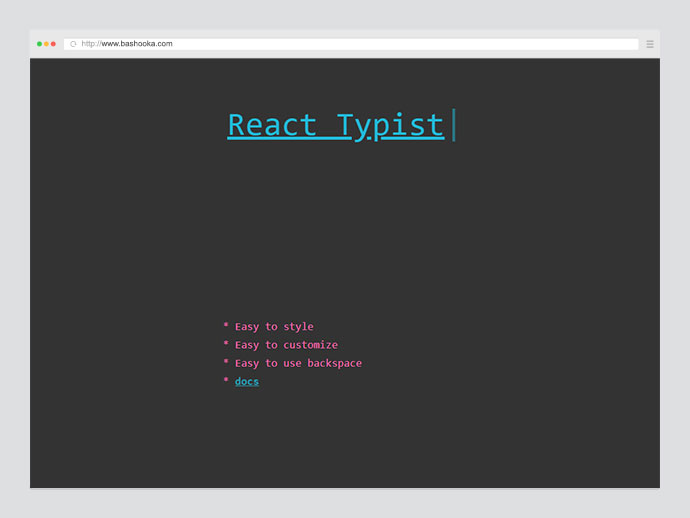 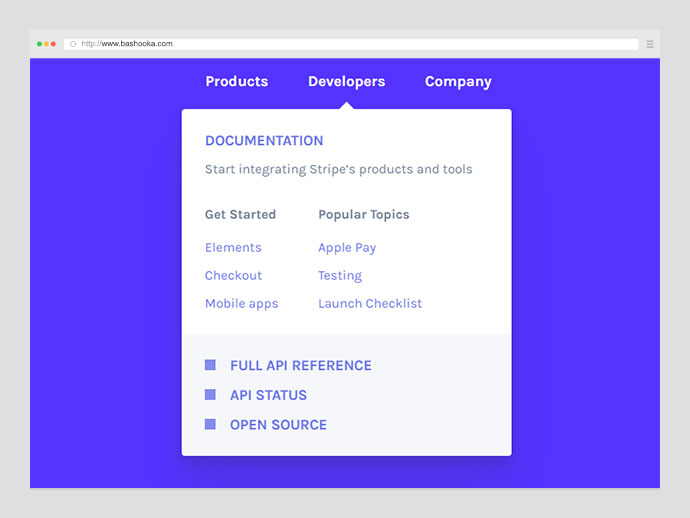 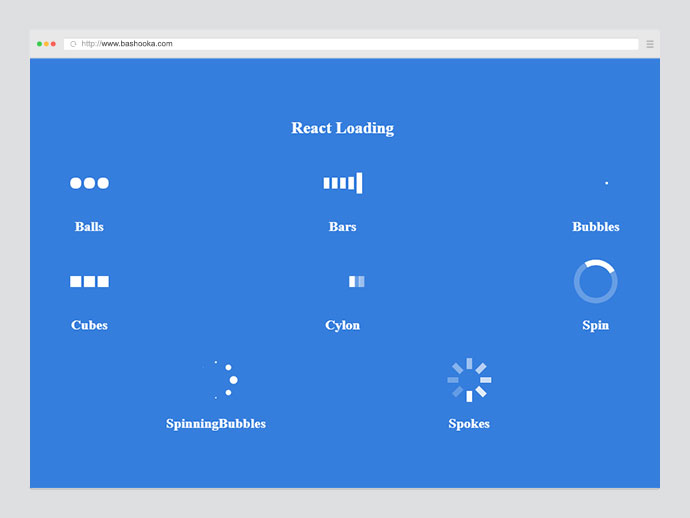 React components to create parallax scroll effects for banners, images or any other DOM elements. 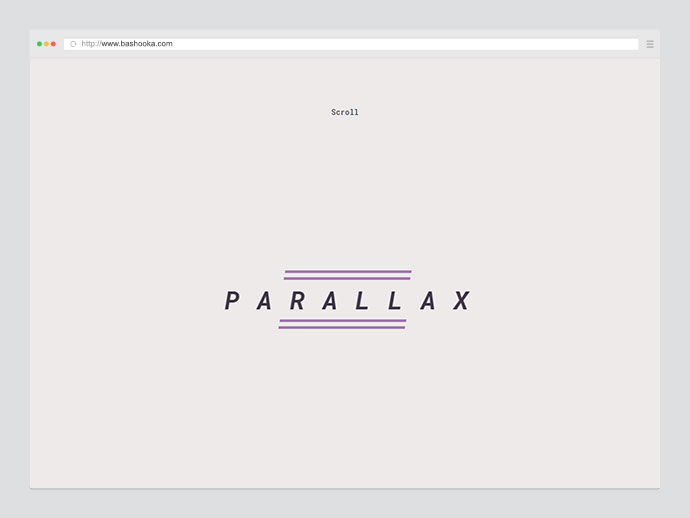 This is a motion design specification from Ant Design, and also provide a complete solution with lots of out-of-box animations for your React applications. 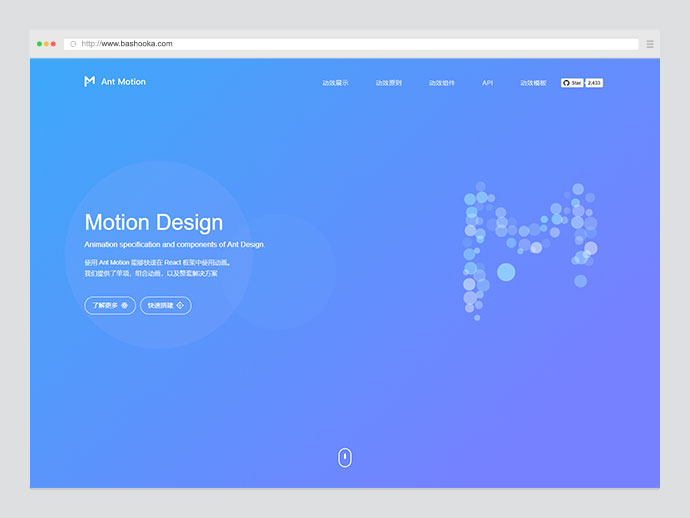 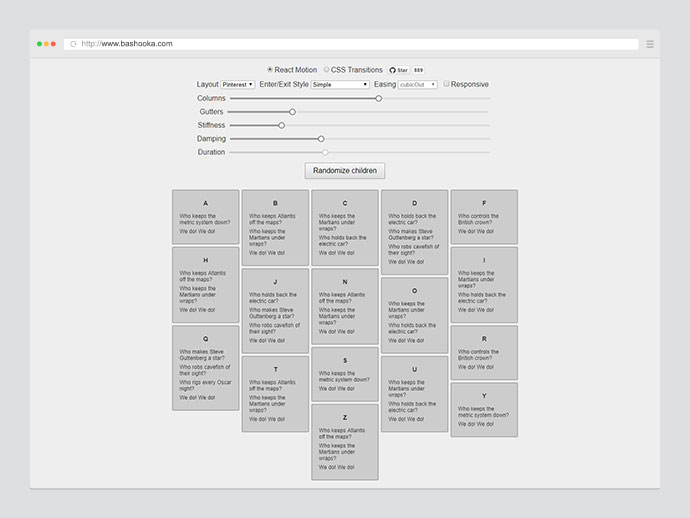 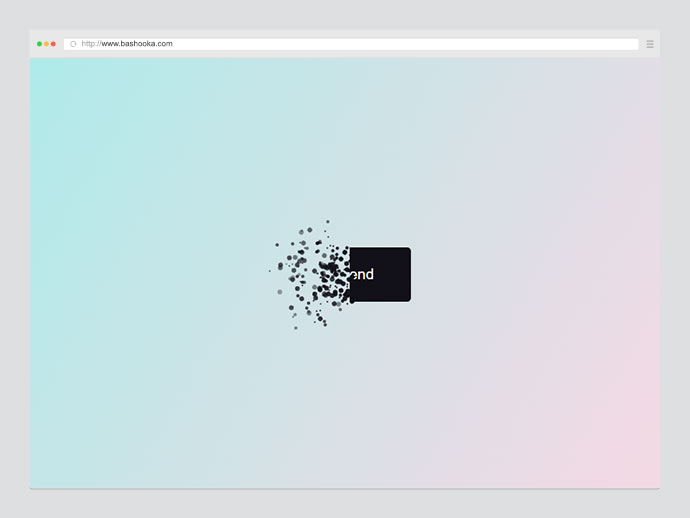 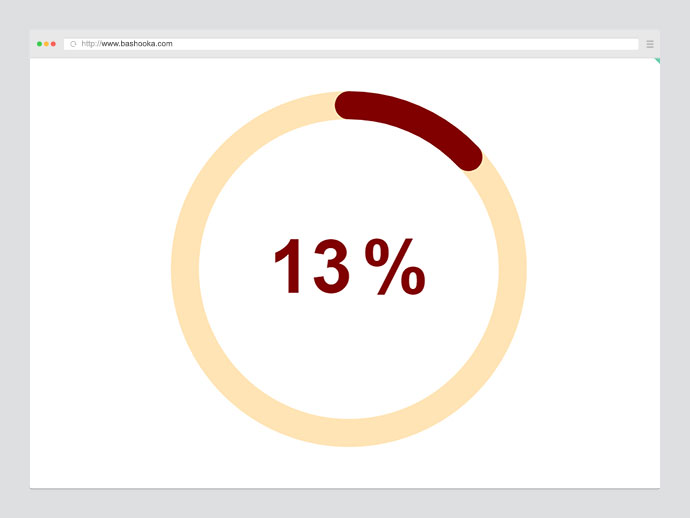