Today, in this post I’ve compiled 10 10 Worth Learning jQuery Navigation Menu Tutorials for implementing your own jQuery based navigation and have some great effects.

One of the common challenges when designing responsive design for mobile is the navigation menu. If the site has many sections or pages, it gets challenging to squeeze all the items into a small mobile resolution. The navigation most likely ends up running into multiple lines or the buttons stacking on top each other. So I’m going to review some of the design solution and provide a quick tutorial on how to create a mobile navigation with jQuery. 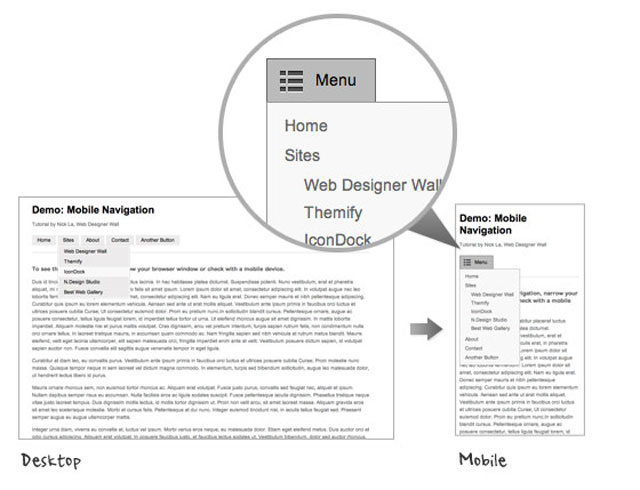 Providing an intuitive, yet eye-catching navigation on your site, is one of the ingredients for a great design. And with the performance improvements in newer browsers and the rise of JavaScript frameworks such as jQuery, it is becoming easier to include beautiful animations in your page designs. 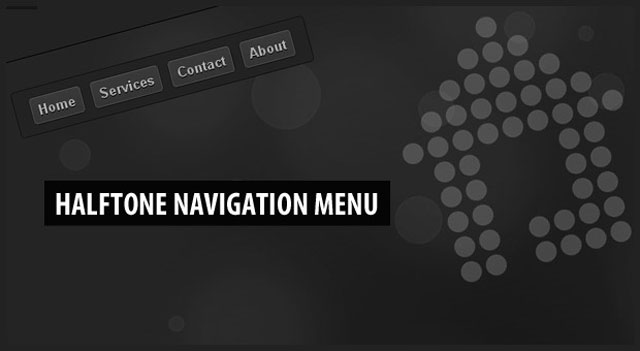 In this tutorial, we’re going to use one of HTML5′s new elements, the nav tag, as a container for a horizontal list of links.

In this tutorial we are going to create a bubbly navigation with jQuery. The idea is to have some round navigation icons that release a bubble when hovering over them. We will use the jQuery Easing Plugin for a even nicer effect. 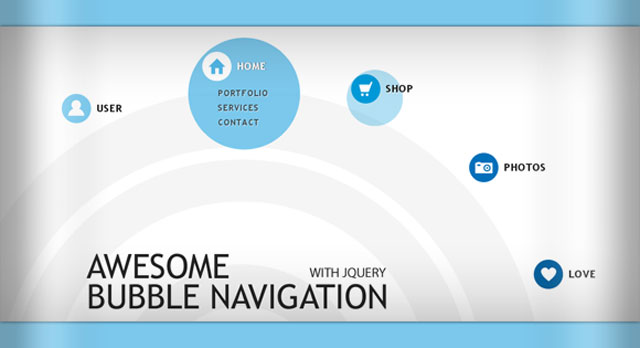 How To Create a Cool Animated Menu with jQuery

In this tutorial we’ll be building a cool navigation list complete with a sliding hover effect. Learn how to build the concept in Photoshop, lay out the basic HTML elements, style everything up in CSS then tie it all together with a few lines of jQuery to create a semantic, accessible and degradable menu design. 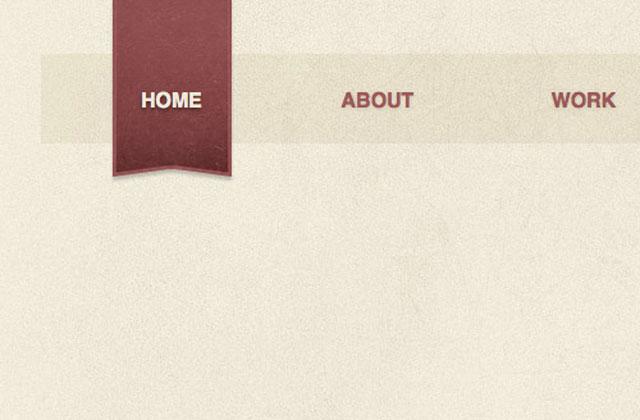 How to Build a Lava-Lamp Style Navigation Menu

It’s quite a simple task, especially when using a JavaScript library. We’ll build one from scratch today.

In this tutorial we are going to create an extraordinary gallery with scrollable thumbnails that slide out from a navigation. We are going to use jQuery and some CSS3 properties for the style. The main idea is to have a menu of albums where each item will reveal a horizontal bar with … 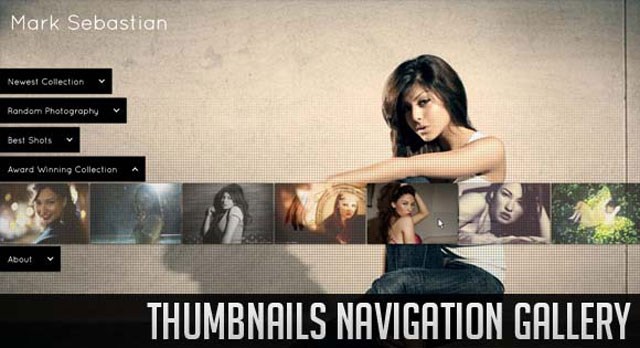 How to Build and Enhance a 3-Level Navigation Menu 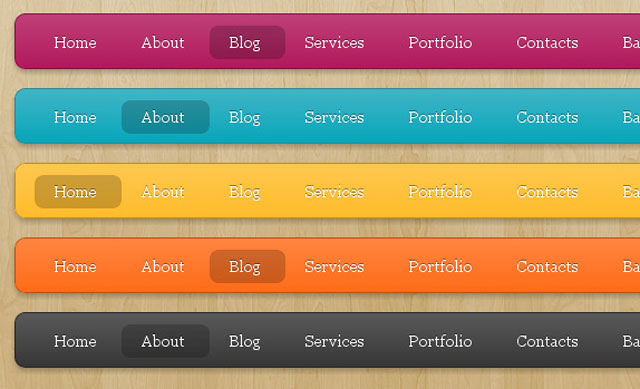 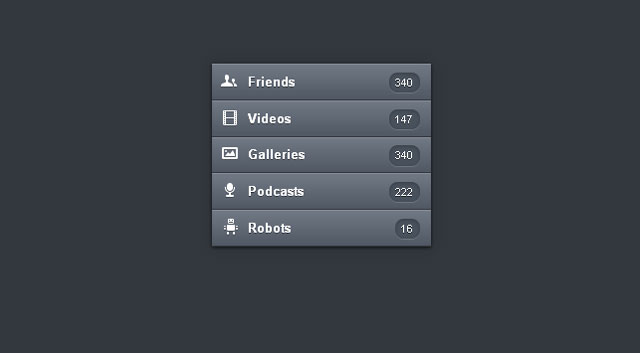